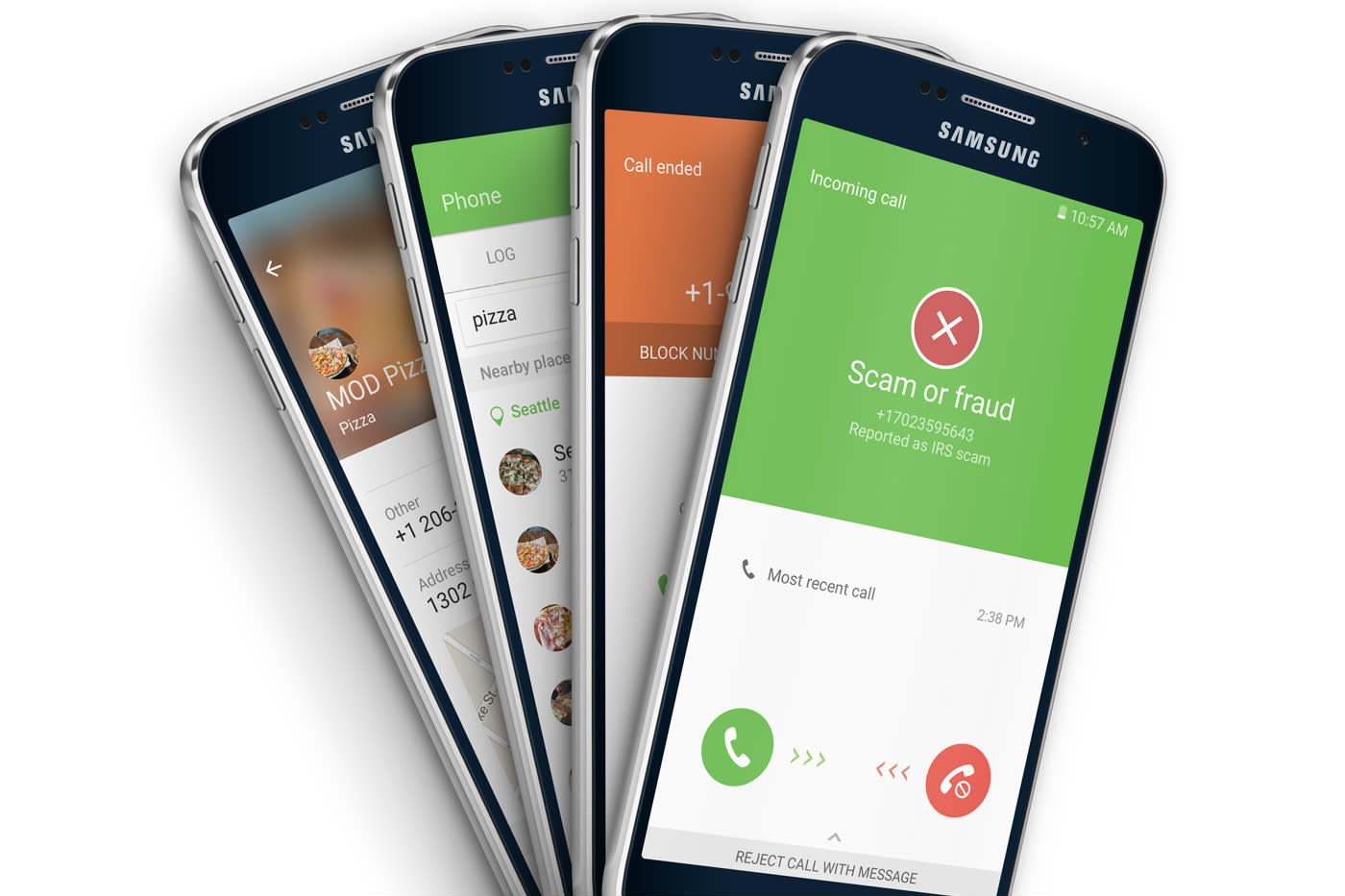 Impressed by the Samsung Galaxy S7? Before you give a final verdict, there's one extra feature we think you should know about. Whitepages, a company that provides caller ID and spam detection in the US, has teamed up with Samsung to bake its services directly into the new flagship. So when your phone rings, there's a good chance you'll know exactly who's calling -- regardless of whether or not they're in your phone book.

On the one hand, it's a useful tool to avoid unwanted cold callers. If the name of the business is visible on your lock screen, you can make a judgment on whether it's appropriate to pick up. Some you might be interested in, even if it's an unprompted call, but most you'll know to decline straight away. Numbers that have been reported as spam, or pushing some kind of scam, will also be highlighted as such in the dialer app. To bolster its database, you can block and report numbers too.

Conversely, Whitepages hopes its offering will encourage people to pick up some incoming calls too. An unknown number can be a little intimidating, but if you recognise the name as your local library, hairdresser or optician, you're more likely to hit the green button and have a quick chat.

Caller ID is by no means a new idea. Whitepages, for instance, has a dedicated Android and iPhone app you can download right now. It's rare for such a service to be integrated into a flagship phone, however, and means people are more likely to use it and gain the related benefits. Whitepages operates predominantly in North America, but for the Galaxy S7 it's expanding to a whole host of new countries. These are Australia, Brazil, Canada, France, Germany, Hong Kong, Israel, Italy, Mexico, Philippines, Singapore, Spain, Sweden, Turkey and the UK.

A small feature? Sure, but one we think many people will welcome all the same. Given the S7 is only a minor update over the S6, it's these small changes that could have the biggest impact on the user experience.

In this article: gadgetry, gadgets, gear, mobile, samsung
All products recommended by Engadget are selected by our editorial team, independent of our parent company. Some of our stories include affiliate links. If you buy something through one of these links, we may earn an affiliate commission.