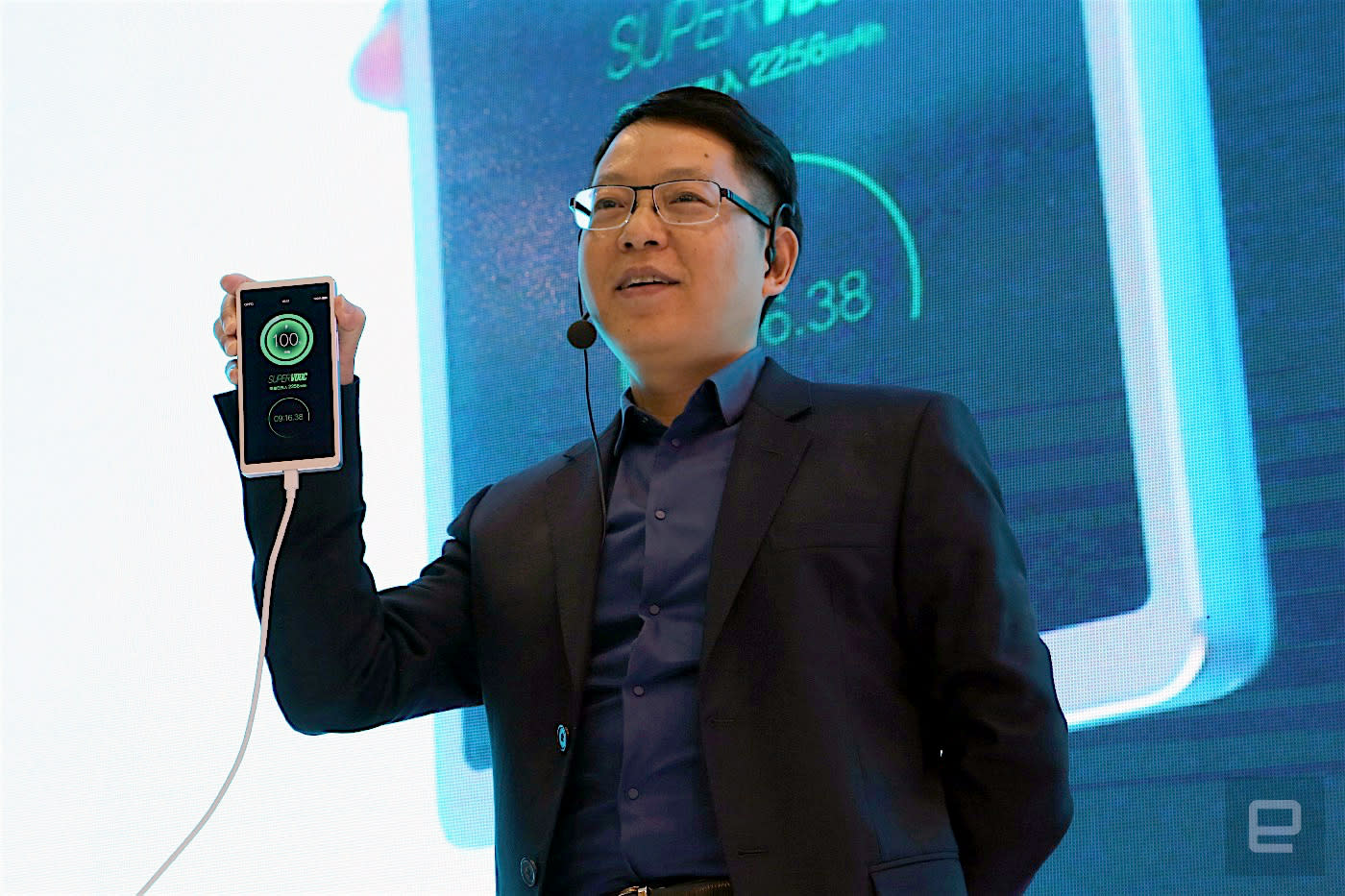 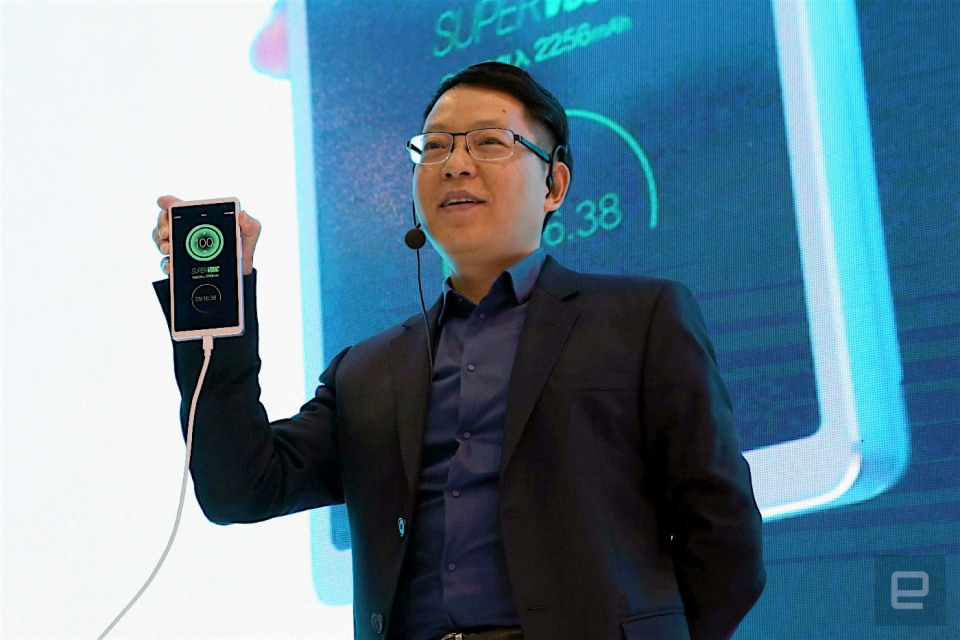 Most people might not drool over Oppo phones, but they're going to get a feature that might get those salivary glands pumping. This morning at Mobile World Congress, the company showed off its new SuperVOOC quick-charging technology. If real-world results are as promising as they say, Oppo fans will be able to fully charge some of their devices in 15 minutes. No, seriously.

Oppo says that's about how much time it'll take to charge a dead 2,500mAh battery to 100 percent, and that the technology will work over traditional micro-USB and USB Type-C cables. That's even faster than what we've seen out of Qualcomm's most recent Quick Charge 3.0 demos — the fast-charging technology baked into chipsets like the Snapdragon 820 can get a smartphone from bone-dry to 80 percent in around 35 minutes. Of course, it's sort of no surprise that Oppo can squeeze better performance out of their system — it's more or less proprietary Oppo, so the company has full control over the battery, silicon and software involved. That's the sort of end-to-end control that helped Huawei figure out how to supercharge smartphones, too.

In some cases, you'll be able to get a full charge in less than 15 minutes. An Oppo hype man plugged a metal-encased reference device into a charger and continued his spiel in Mandarin. Less than ten minutes later — after he discussed an algorithm that varies current to maximize charging efficiency while keeping temperatures low — the phone was back up to 100 percent. Our natural skeptics can't help suspect this was just a staged demo for the show, so here's hoping we soon get to test a SuperVOOC phone for ourselves.

In this article: android, charging, gear, mobile, mobileworldcongress, mobileworldcongress16, mwc, mwc2016, oppo, smartphone, supervooc, vooc
All products recommended by Engadget are selected by our editorial team, independent of our parent company. Some of our stories include affiliate links. If you buy something through one of these links, we may earn an affiliate commission.