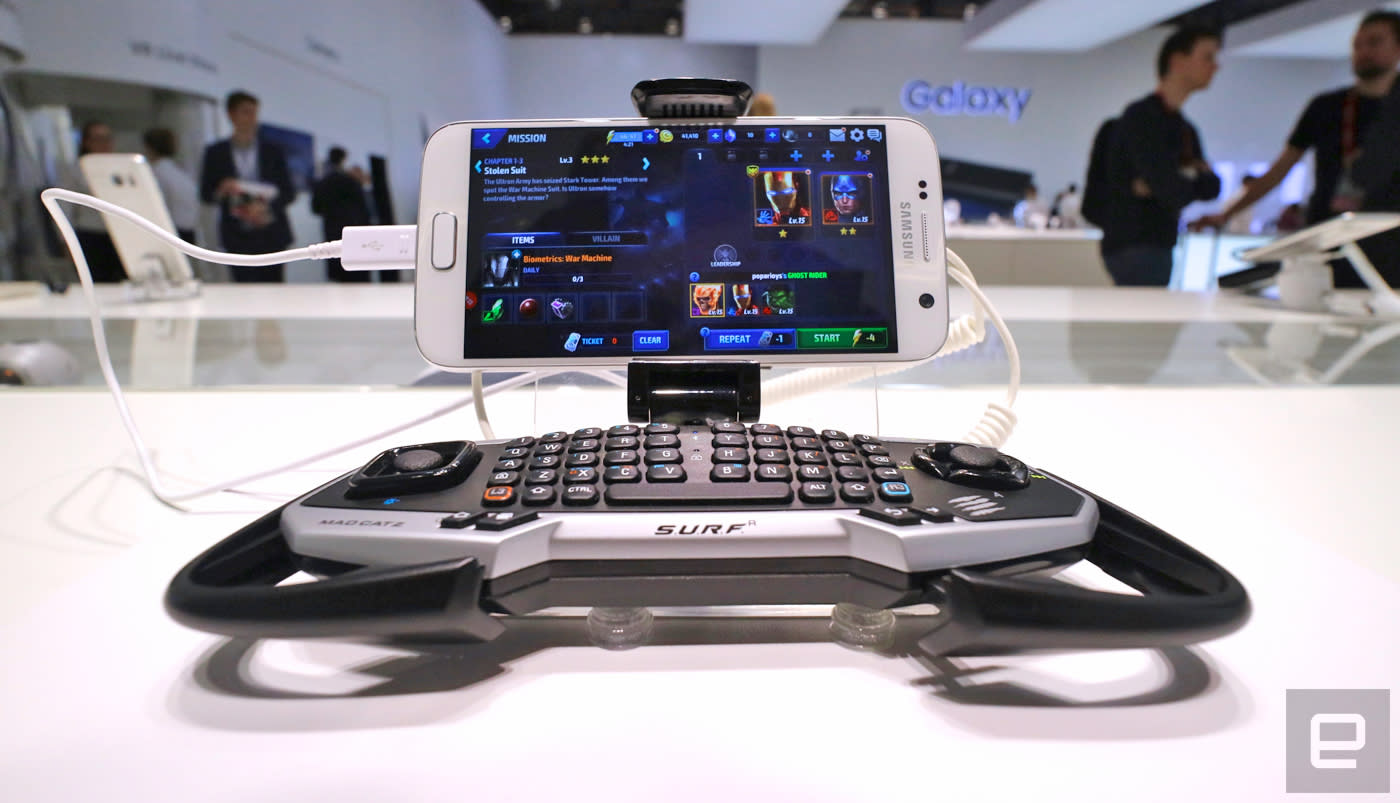 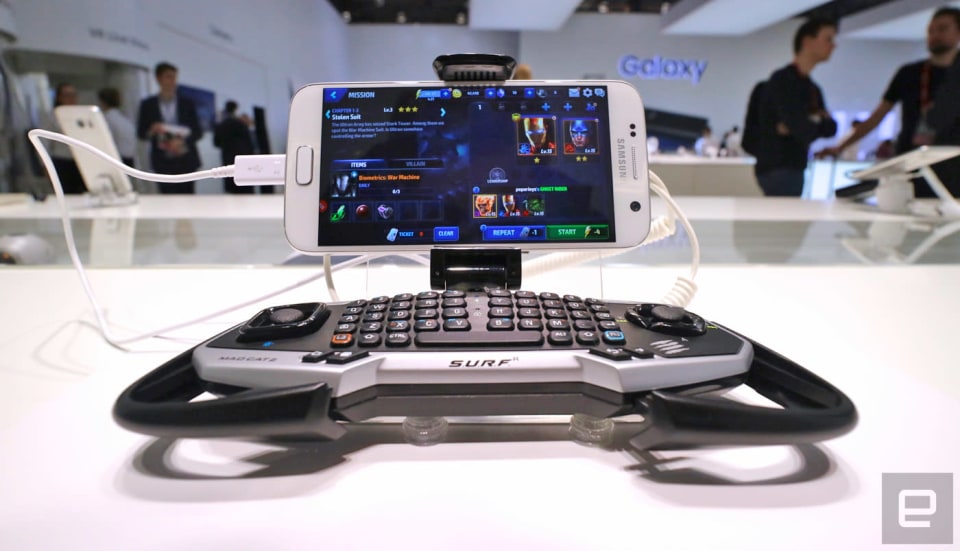 Now that the Galaxy S7 and S7 Edge are officially out of the bag, it's time for peripheral makers to introduce products for Samsung's latest flagship smartphones. Not surprisingly, Mad Catz is spearheading that movement. The company has brought a refreshed version of its S.U.R.F.R mobile gamepad and media keyboard to Mobile World Congress 2016, and it works perfectly with the new S7 and S7 Edge. While the add-on has been around since last year, this model is part of Mad Catz's recent commitment to the Designed for Samsung program, an effort by the Korean tech giant to offer quality control guidelines for accessories. The S.U.R.F.R itself pairs via Bluetooth and features dual analog sticks, a full-size QWERTY keyboard and two triggers. It also comes with four main buttons for gaming (A,B, X, Y), plus others like home, back and multitask that act as Android OS shortcuts. Unfortunately, the representative at Samsung's booth didn't know how much the S.U.R.F.R would cost at launch, which is expected to be at the same time as the GS7 and GS7 Edge (March 11th). That said, Mad Catz does have the original listed for $80, so it'll likely be around the same price.

In this article: GalaxyS7, GalaxyS7Edge, gaming, gear, hands-on, MadCatz, MadCatzSurfr, mobile, MobileWorldCongress, MobileWorldCongress2016, MWC, MWC2016, Samsung, Surfr
All products recommended by Engadget are selected by our editorial team, independent of our parent company. Some of our stories include affiliate links. If you buy something through one of these links, we may earn an affiliate commission.