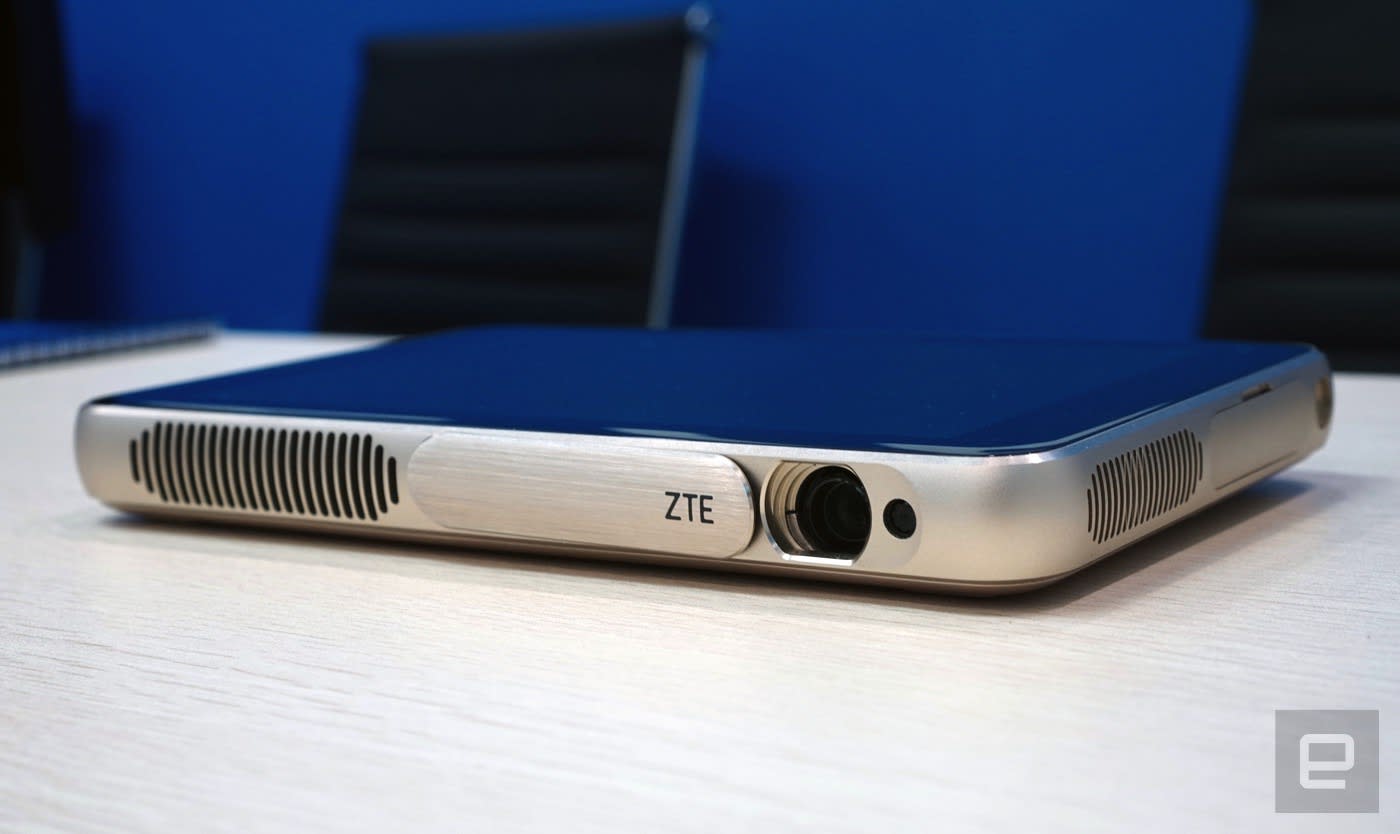 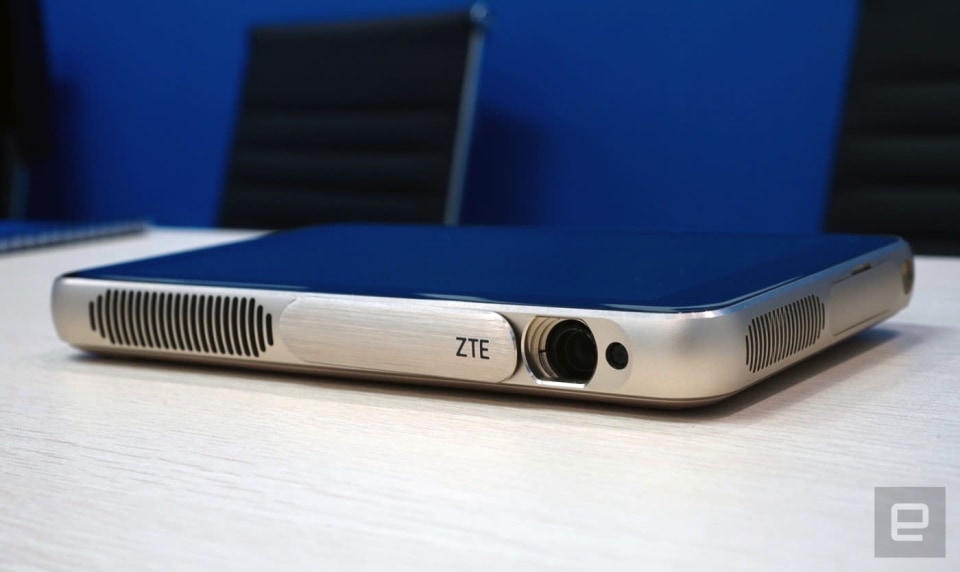 Even more intriguing than new mid-range phones is ZTE's Spro Plus, which might just be the craziest projector design I've seen yet. The company basically managed to fit an 8.4-inch Android tablet right on top of a projector. And while that may sound a tad useless, it's actually a convenient way to access video content without relying on another device. It's like the inverse of Lenovo's Yoga Tab 3 Pro, an Android tablet with a built-in pico projector.

Gallery: A closer look at ZTE's Spro Plus projector | 6 Photos ZTE says it spits out an 80-inch, 1200 x 800 pixel image from five feet away at 500 lumens, which makes it viewable in a bright room (but not exactly great to watch). There's also a large 12,100 mAh battery, which should be enough for viewing two to three full-length movies in one sitting.

Naturally, the Spro Plus also has an HDMI jack for plugging in other devices. You also won't have to worry about replacing any bulbs, since it uses laser-projection technology. Its audio output is surprisingly loud as well, thanks to two 4-watt JBL speakers. ZTE is positioning it as a collaboration device: It ships with a USB camera for video conferencing, and it also has microphones built in. There's also going to be an LTE edition of the projector in addition to the standard WiFi version.

I only got to see the Spro Plus in action on the Mobile World Congress show floor, but it managed to spit out a decent-looking image in a lit room. (It won't be replacing my home projector anytime soon, though.) Still, it looks like an intriguing option for road warriors or anyone who wants to enjoy projected movies on the go.

Unfortunately, ZTE doesn't have a price in mind yet for the Spro Plus, but the company says it should be available by the summer.

In this article: Android, av, gadgetry, gadgets, gear, MWC, MWC2016, projectors, Spro Plus, tablets, ZTE
All products recommended by Engadget are selected by our editorial team, independent of our parent company. Some of our stories include affiliate links. If you buy something through one of these links, we may earn an affiliate commission.