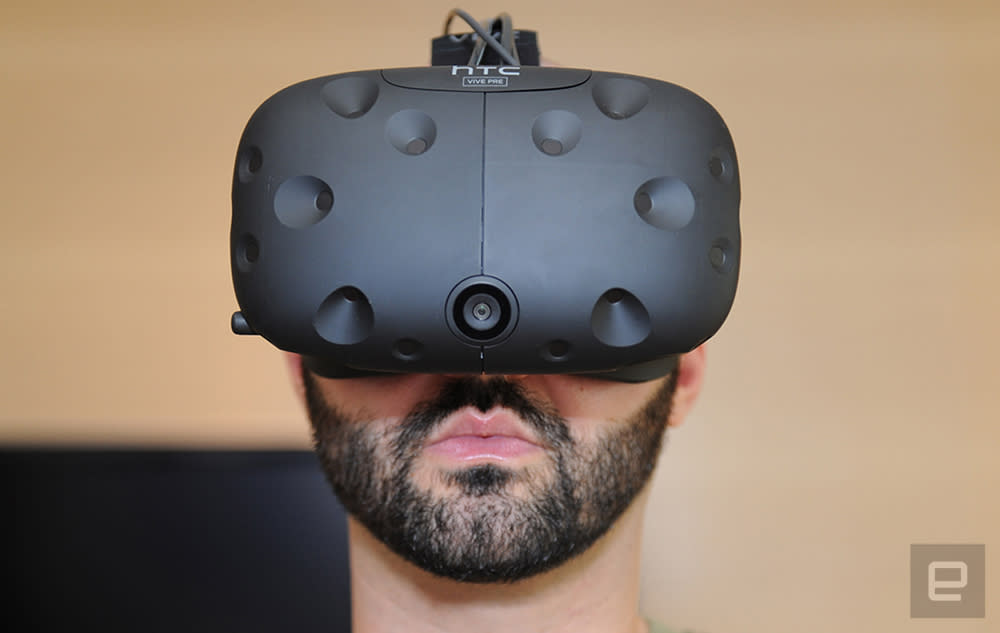 It often feels like there's a fundamental break in how Oculus and Valve see the future of VR: While Oculus' Rift focuses mostly on seated experiences, Valve wants you to stand up and walk around an area. However, the gap between the two won't be as large as expected, as Valve will offer some benefits -- but not all -- of its Chaperone system on the Rift.

For the uninitiated, Chaperone is a suite of features that's supposed to keep you safe while you explore virtual worlds. This works in multiple ways. On the HTC Vive headset, you can use the touch controllers to define the 3D space that it's safe for you to walk in. When you approach the edge of this space with the headset on, you'll see a virtual wall in front of you. But this data is then combined with data from a front-mounted camera and positional tracking, so that you can see objects and people in the real world from inside the headset. Valve gives the example that you should be able to find a chair and sit down, or grab a glass of water and have a drink, all without taking off your Vive.

Now, the level of Chaperone support for the Rift doesn't extend that far. As explained at the Vision VR / AR Summit, right now, you'll be able to pick a box size using Valve's software -- say, a 10-feet square -- and then see those "walls" represented in-game. You won't then get object detection, because there's no supported camera on the Rift. Valve says that once it gets the Oculus Touch controllers it'll build in support for people to define their 3D spaces, rather than using presets, but how long that'll take isn't clear.

Valve's pledge to bring some of its VR vision to Oculus' Rift is promising, and it makes a lot of sense. The company has always tried to support the broadest possible range of platforms with Steam, and its own games, and there's no reason why it wouldn't do the same for VR. It might believe that the HTC Vive is the future of virtual reality, but that's no reason to exclude those gamers that back Oculus -- or any other system that might pop up in the future.

This open approach to VR support is demonstrated perfectly in a new specification field in the Steam Store. As VRFocus notes, the Windlands game page has a sidebar which shows all the different headsets, peripherals, and play styles (i.e. seated or standing) that the game supports. It will hopefully make it easier for gamers to understand whether or not their VR system of choice will run a game.

In this article: chaperone, gadgetry, gadgets, gaming, htc, personal computing, personalcomputing, valve, virtualreality, vr
All products recommended by Engadget are selected by our editorial team, independent of our parent company. Some of our stories include affiliate links. If you buy something through one of these links, we may earn an affiliate commission.