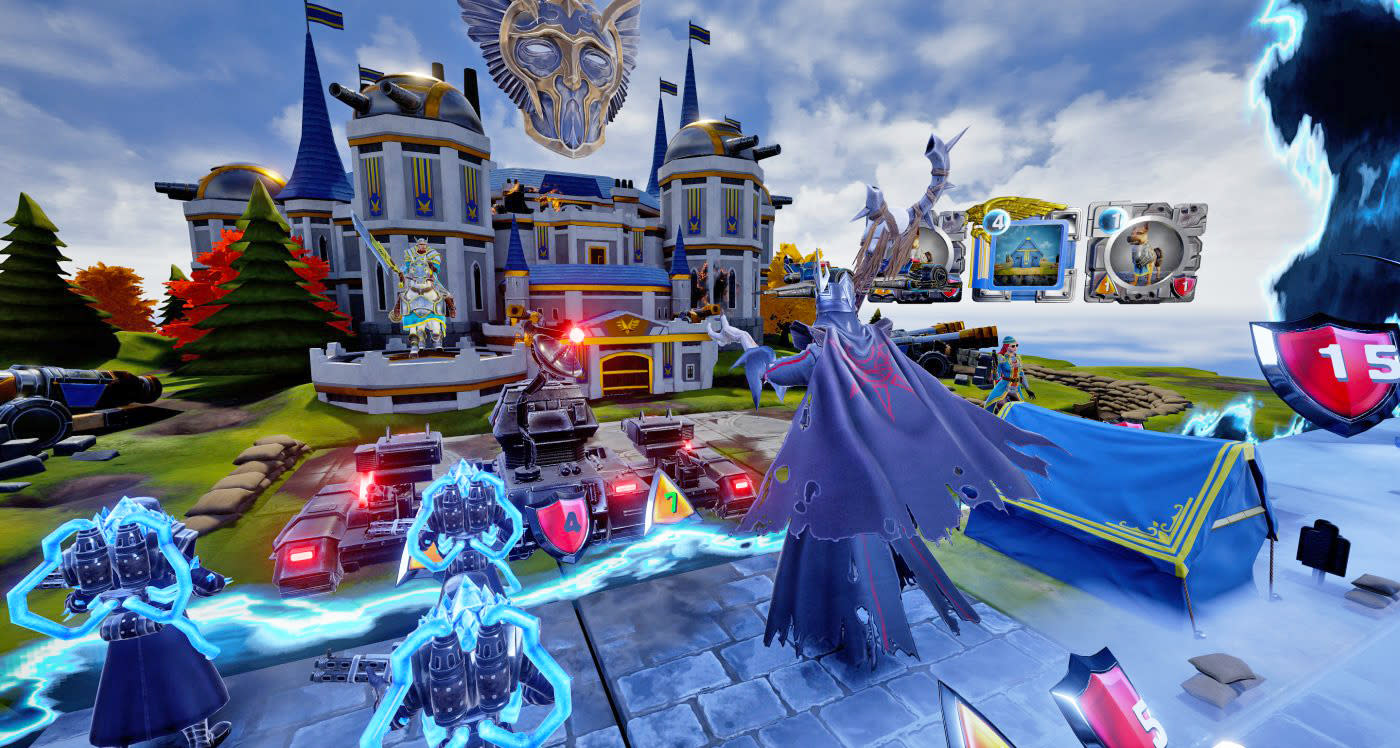 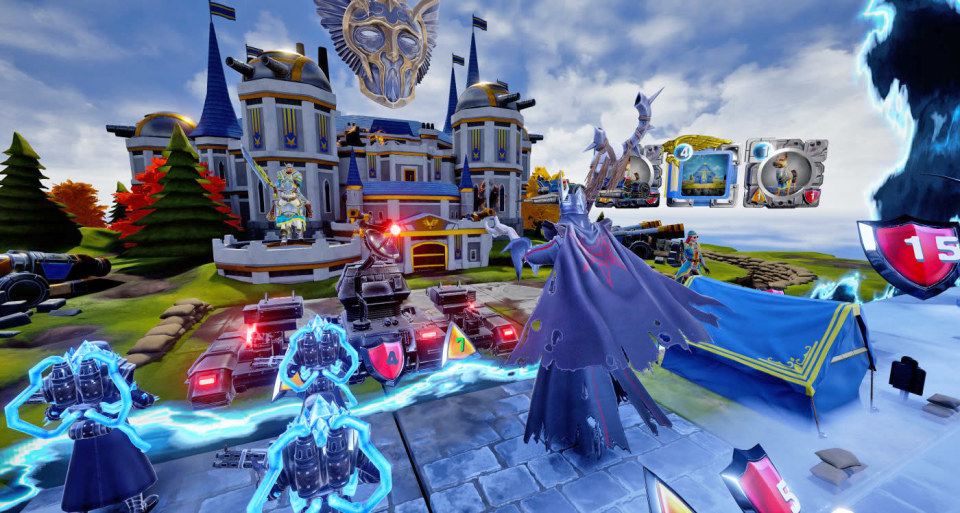 High Voltage debuted its newest offering for the Oculus Rift, an immersive, turn-based collectible card game called Dragon Front. It plays much like Magic: the Gathering in that players draw from customized 30-card decks, arrange them on a standardized playing field -- in this case a 4 x 4 grid -- and attempt to whittle down the HP of the opposing player, as well as their forces, to win. Players can choose from single player (vs AI) or multiplayer matchups. Like similar physical card games, these various assets all consume Mana to operate. However, with the added capabilities of VR, the actual combat is closer to a Dejarik match than a simple card game.

Players can choose among four warring factions, each with their own relative strengths and weaknesses. Along with the attacking and defending characters, the game offers a litany of buffing and debuffing spells, encampments -- even ultra-powerful "Heroes" that can be called upon to wreak havoc on the opponent's base. What's more, players can heavily customize their decks from 250 available cards to accommodate their preferred combat style or to counter an opponent's tactics. Dragon Front is currently scheduled for release in the first half of this year. Plus, three additional add-on packs are already in the works.

I had an opportunity to play the Beta version on Tuesday and, though I totally got smoked in my first non-tutorial game, I found Dragon Front to be surprisingly engaging. It definitely takes a good deal of inspiration from Magic but also incorporates a much more straightforward damage/defense metric, more akin to RISK. That's helpful given how much is going on throughout the game. Overall I found it to be really enjoyable. Despite the initial drubbing, I'm raring to play more.

In this article: gaming, internet
All products recommended by Engadget are selected by our editorial team, independent of our parent company. Some of our stories include affiliate links. If you buy something through one of these links, we may earn an affiliate commission.