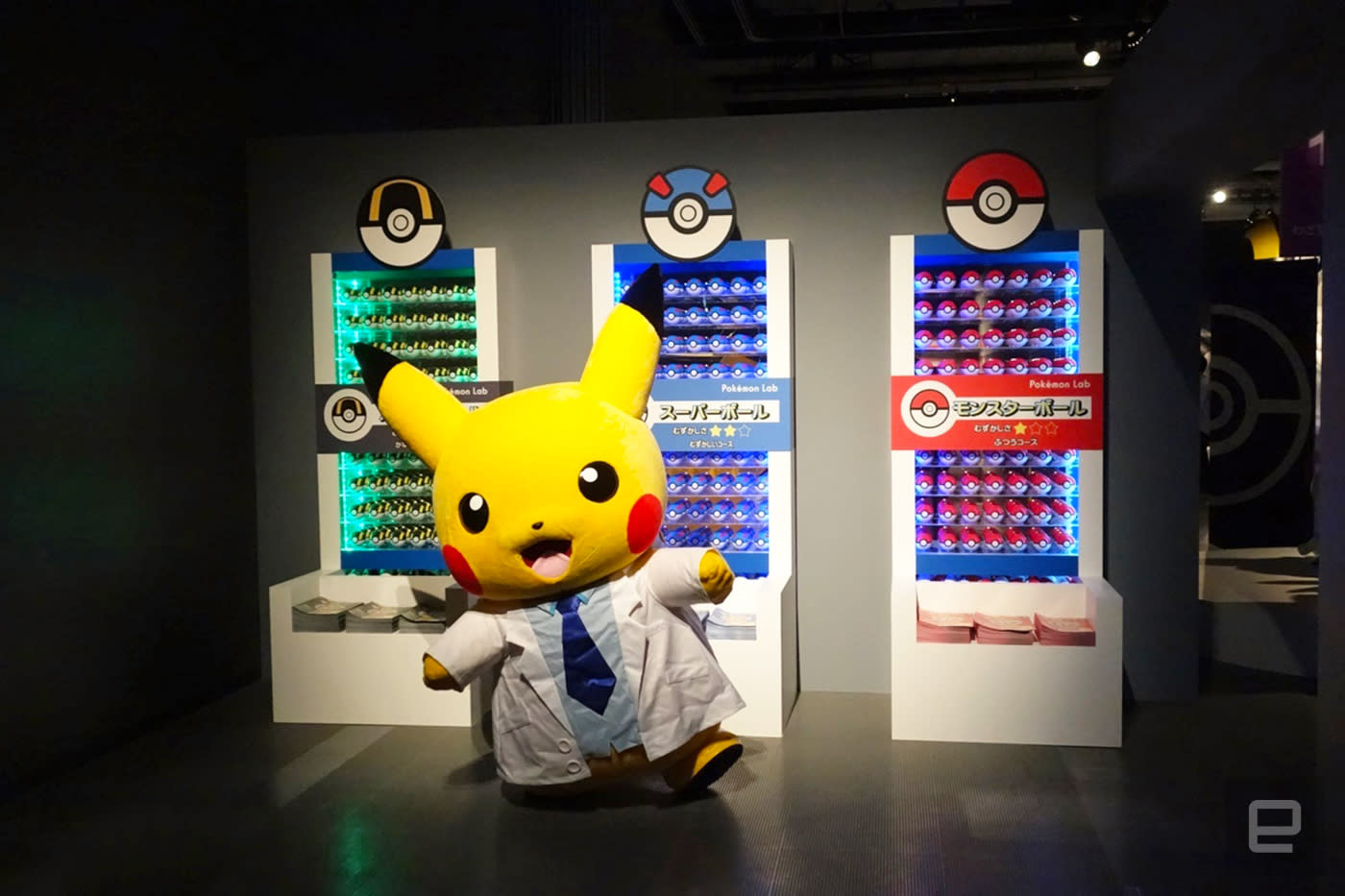 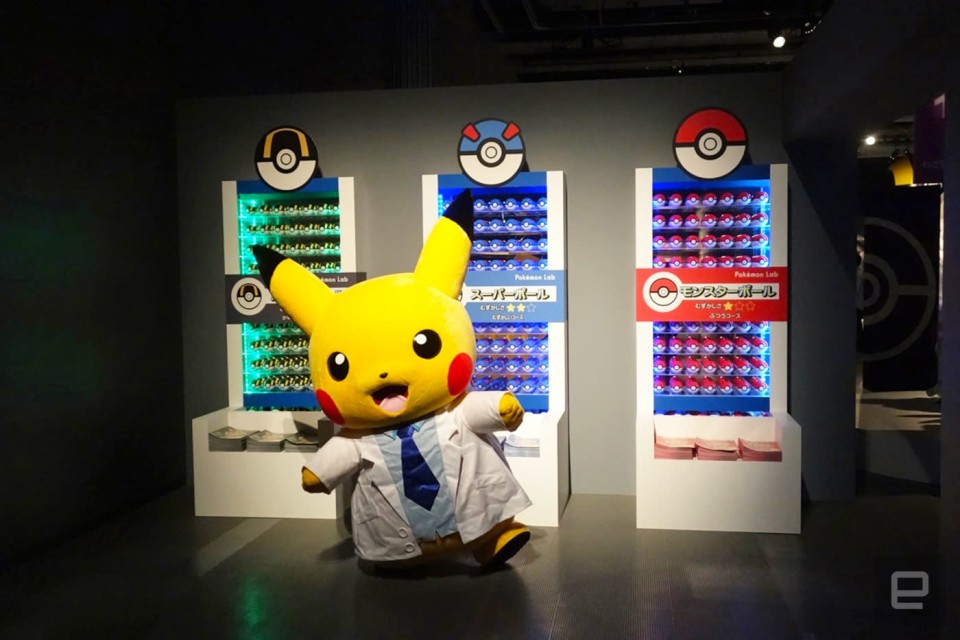 Today marks the 20th Anniversary of Pokémon's Japanese debut. To celebrate, Nintendo announced the next generation (VII, for those keeping count) of the RPG, Sun and Moon, and the reaction from Engadget's staff has been mixed. Let's start things off with the trailer, just because it's great:

Now, while the Pokémon fans among us will obviously all play the game, some were and are hoping for more from the series. Two, in particular, have spent the past 48 hours arguing over one question: should Pokémon move beyond Nintendo's handhelds and onto the company's fully fledged console?

Kris Naudus
Worked at The Pokemon Company for 5 ½ years.

Pokémon is a handheld series. I felt like that point was hammered home during the Sun and Moon announce video, which showed kids (and adults) playing on various Nintendo handhelds as much as it showed the actual games. We've all heard the story of how Satoshi Tajiri was inspired to create Pokémon by this childhood love of bug collecting. That initial design ethos manifests in every generation of the game, not just in the places you go or how weird the creatures get, but in finding inventive ways to get you to go outside and meet people.

The big one is the way they split Pokémon between the two versions, which meant that you had to find someone with the opposite version of the game to trade with. Granted, the Global Trade System sort of removed that requirement and all the socializing that came with it, but I still see people getting together to talk about Pokémon in person and I think it helps that you can bring your devices with you. The portability just feels so fundamental to the Pokémon experience at this point.

Let me make one thing clear, to start: I don't want Pokémon to disappear from handhelds. But I do want it to transcend both the platform and the slightly lazy habits it's slipped into. A console version of Pokémon could work in a number of ways.

While I'd love to see Sun and Moon developed for both handheld and console concurrently, I'd settle for a console remake of an older game. My favorites, due to nostalgia more than anything else, are the Gen I games. Although they've been remade, their remakes are built on the same Game Boy Advance engine as the Gen III games... which were brought up-to-date with the release of OmegaRuby and AlphaSapphire. It feels like Gen I has been left behind. Why not take what is clearly the most nostalgia-inducing game and remake it?

I can't help but think of Level-5's PlayStation 3 game Ni no Kuni: Wrath of the White Witch, which is a remake of a DS game. It shares a lot with the Pokémon series -- you're exploring a world, collecting adorable "familiars" that can be tamed to fight for you, for one. But the transition to console adds a lot of additional depth, and you can't underestimate how different it is exploring this other world on a full-power console when compared to the 3DS. Ever since picking up Ni no Kuni, I've been dreaming of exploring Gen I's Kanto with the presentation and depth of emotion the original anime brought to the table.

I haven't played Ni no Kuni, but I just finished Yo-Kai Watch the other day. That's also a Level-5 game with animated sequences and voice acting, but unlike Ni no Kuni it's a handheld experience only... and it's giving Pokémon a real run for its money in Japan. As I wrote last year, what I ultimately enjoyed about Yo-Kai Watch wasn't its animation, battle system or the story, but the sense of exploration the game embraces. There's just so much more depth to the world of Yo-Kai, and it managed this on a 3DS. I don't think Pokémon needs to make the switch to home console to become a deeper, more exploratory game. Yo-Kai Watch has already figured it out, and based on the few teases we got during the Nintendo Direct, I bet Pokémon isn't far behind. I got to play Pokkén Tournament on Friday, and the level of world-building and detail in the backgrounds is absolutely insane. I wouldn't be surprised if something similar is in store for the mainline series.

Pokémon came out in the US when I was 18, so I didn't grow up with the franchise the way you and other members of the Engadget team did. It was always a kid franchise to me, though I got sucked into the cartoon pretty hard freshman year of college. When I finally did get into the games, I actually appreciated them for their surface simplicity. But there's still plenty of depth there for more hard core players, if you want to get into breeding and EV training. There's a serious competitive scene. And, while the plots of the games have been getting a little more complicated and philosophical, the series' biggest strength remains its approachability. It's "Baby's First RPG" and that's a good thing, because there are plenty of other great franchises out there that kids can age into. Pokémon is special to so many people because for many it was their first RPG, their first big gaming community or maybe even just the first game they ever played. And some day, they can introduce it to their own kids and have them experience the same sense of wonder.

Aaron Souppouris
Owns a set of crocheted Gen I starters.

Although I've not played the DS version of Ni no Kuni (it wasn't translated to English), I will concede that it's obviously a deeper game than Pokémon, which would've helped with the transition. You're right that GameFreak [the developers of the core series] could add some more depth into the core gameplay without transitioning to console. And you're also right that the breeding and EV training (although I don't really have the time for the latter) add a lot.

I don't think a console game need be inaccessible, though. The Zelda series successfully bridges Nintendo's console and handheld platforms, and there's no reason bringing Pokémon to consoles would hamper its competitive roots, or mess with the core values of the game. At age 14, I was playing Ocarina of Time and Pokémon Red pretty much simultaneously. Both felt age-appropriate, and both held my hand to exactly the right degree. But although I lost myself in Red, I don't think the world the game built moved me in the same way as Ocarina's did. Instead, my brain filled in the gaps and characterization with visuals and audio from the anime series, which I loved deeply. Almost 30 years on, and we have the ability to make Pokémon games that look, sound and feel better than the original animated series. And we're not doing it.

Pokémon has managed to survive for twenty years despite being written off as a fad by quite a few people. I think that's because the games follow a solid, proven formula. The world of Pokémon works and feels a certain way which is strongly embodied in the show and merchandise. A big part of the Pokémon brand is the social aspect of it, and I don't see them giving that up any time soon. Granted, the franchise will have to adapt if handheld consoles go the way of the dodo, but I don't think that means making the move to home consoles. That feels like a step backwards for a franchise that was trying to get people to go outside and be more social. If anything, we already know what they're aiming for thanks to the announcement of Pokémon GO. Search for Pokémon in the real world? Challenge strangers to Pokémon battles? Yes, please. I can't wait.

Aaron Souppouris
Built a Pikachu alarm clock in 1998. Needs to have last word.

I'm ridiculously excited for Pokémon GO. Just imagine if it worked alongside a console ga- okay, I'll stop. Bring on GO, bring on Sun and Moon and bring on me getting back to my 3DS and that Red rerelease.

In this article: 3ds, av, console, culture, gamefreak, gaming, handheld, mobile, nintendo, nx, opinion, personal computing, personalcomputing, pikaaaaa, pokemon, pokemonsunandmoon, wiiu
All products recommended by Engadget are selected by our editorial team, independent of our parent company. Some of our stories include affiliate links. If you buy something through one of these links, we may earn an affiliate commission.