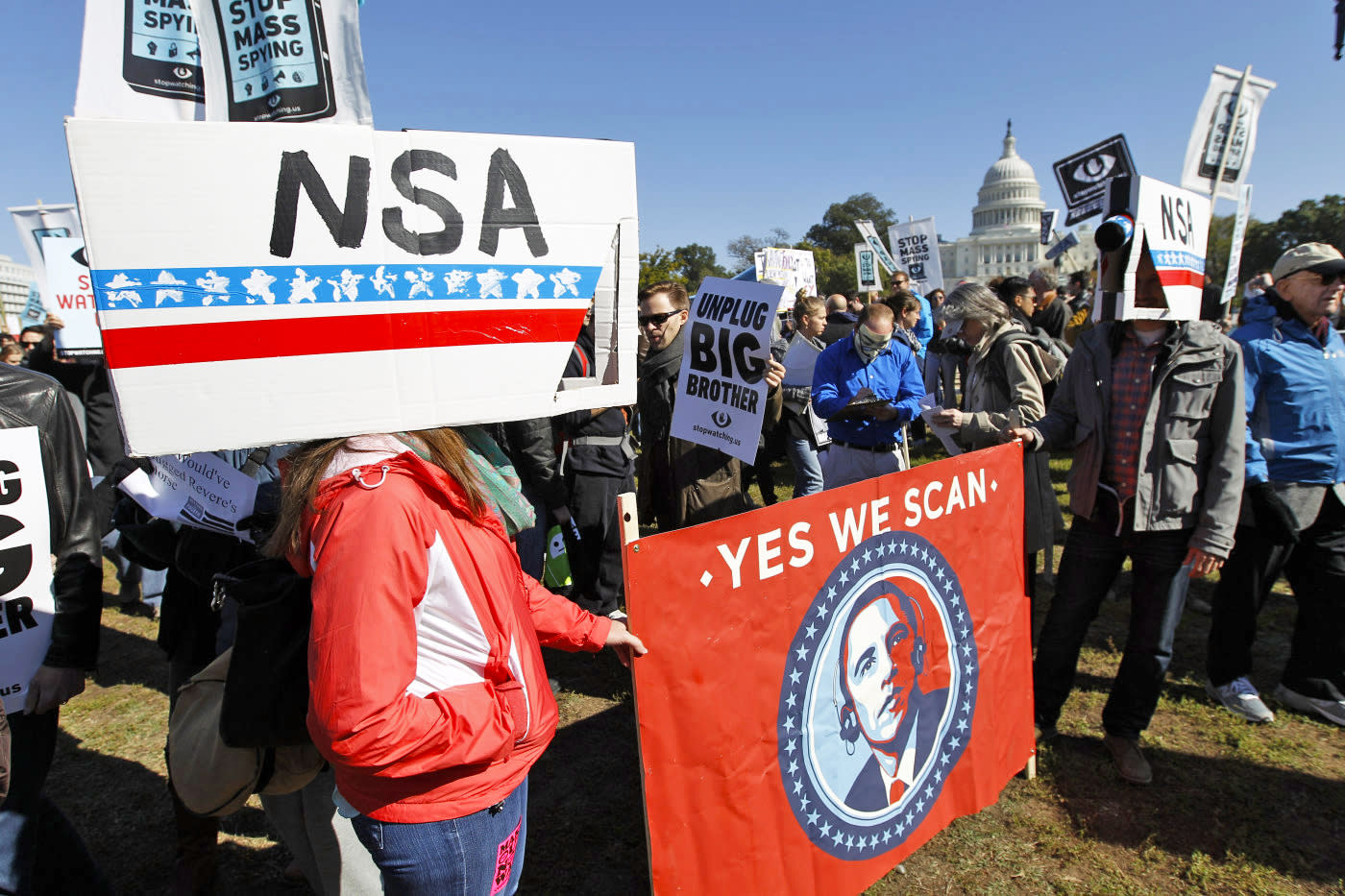 Score one for privacy... I guess? The FBI has confirmed to The Guardian that it's accepted new privacy rules for accessing data on American citizens collected by the NSA. The only rub? We don't know what the heck has been changed. In fact, the agency won't even say when the new rules took affect. All we know is that the government watchdog group PCLOB (the Privacy and Civil Liberties Oversight Group) noted the change in its most recent compliance report. Specifically, the group says the Obama administration has introduced "revised FBI minimization procedures" that take into account its earlier privacy concerns about how the agency accesses surveillance data.

Back in 2014, the PCLOB noted that the FBI had full access to data from the NSA's "Prism" surveillance program. In particular, the PCLOB was worried that the agency's rules for keeping out sensitive information about Americans weren't being observed, given the freewheeling access it had to surveillance data. So the best we can gather now is something about those rules has been revised, which can only be a good thing when it comes to data privacy.

Still, it sure would be nice to eventually see how the US government is actually addressing privacy concerns. Timothy Barrett, a spokesperson for the NSA, tells The Guardian that the rule changes could eventually be made public, just as it did for similar revisions in 2014. "As we have done with the 2014 702 minimization procedures, we are considering releasing the 2015 procedures," he said. "Due to other ongoing reviews, we do not have a set date that review will be completed."

In this article: culture, FBI, NSA, politics, PRISM, security
All products recommended by Engadget are selected by our editorial team, independent of our parent company. Some of our stories include affiliate links. If you buy something through one of these links, we may earn an affiliate commission.