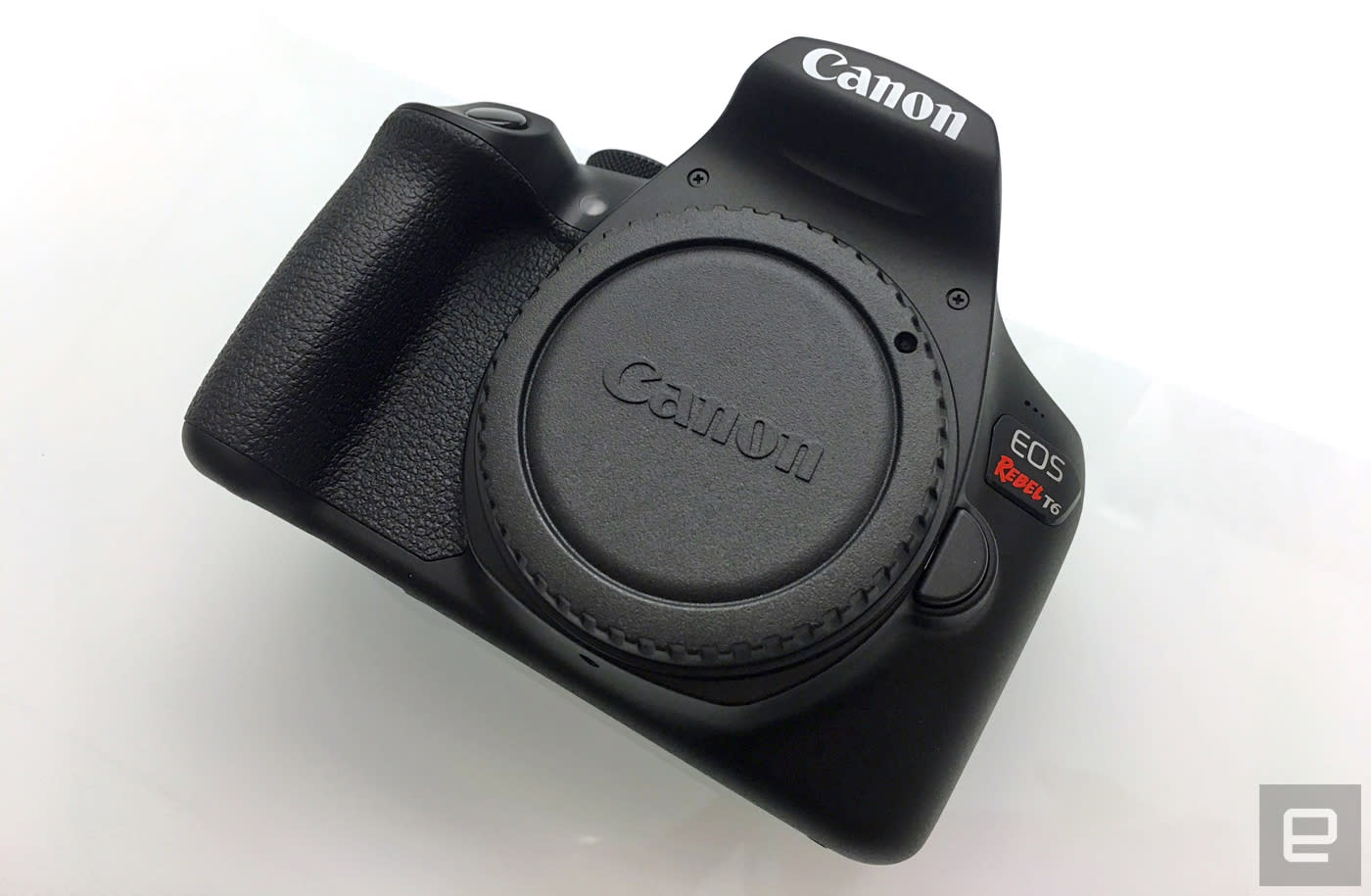 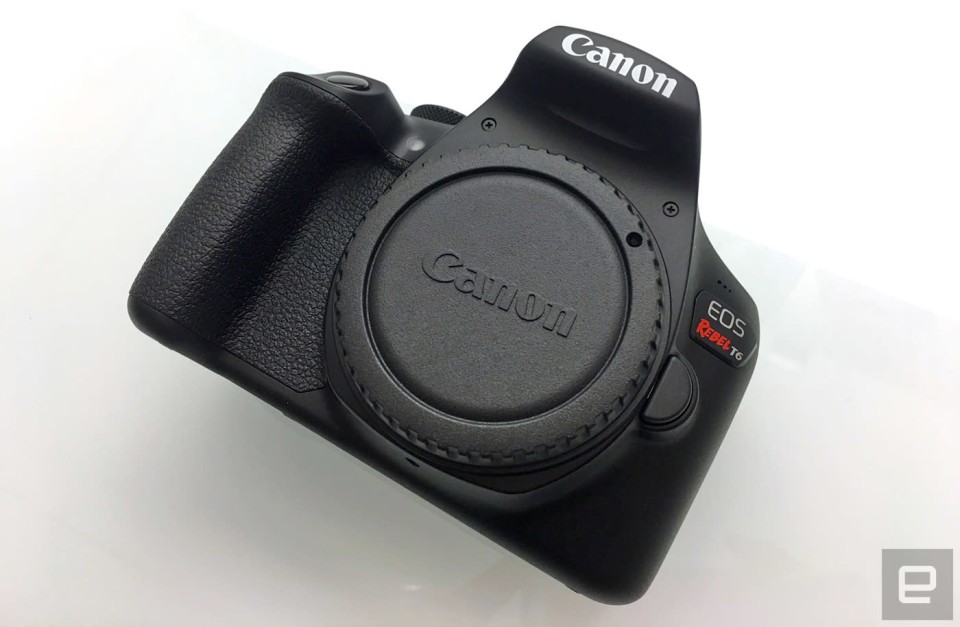 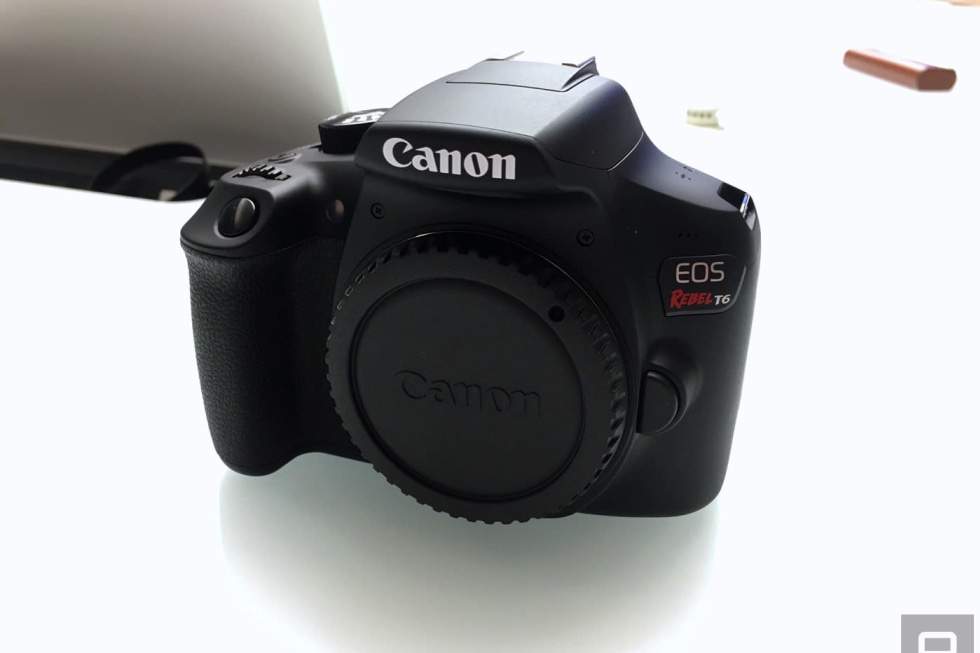 Like many of Canon's latest shooters, you'll also find NFC and WiFi on the T6, which lets you share media wirelessly to the EOS Remote app for iOS and Android, as well as compatible Pixma printers. The fixed 3-inch LCD on the back sports a decent 920k-dot resolution, but nowadays every screen should have at least 1 million dots. As you might expect, the T5 successor feels similar to other EOS Rebel DSLRs, with a bulky, yet lightweight, body. These models are typically durable, so you don't have to worry about being too careful with it.

While there aren't any mind-blowing specifications here, the T6 will still likely appeal to many beginner photographers and videographers. If you're interested in it, it'll hit stores next month for $550/£370, in a bundle that includes an EF-S 18-55mm f/3.5-5.6 IS II lens. 3
In this article: 1300d, cameras, Canon, canoneos1300d, CanonEOSRebelT6, CanonEOST6, CanonT6, DSLR, eos1300d, EOSRebelT6, EOST6, gear, hands-on, RebelT6, T6
All products recommended by Engadget are selected by our editorial team, independent of our parent company. Some of our stories include affiliate links. If you buy something through one of these links, we may earn an affiliate commission.