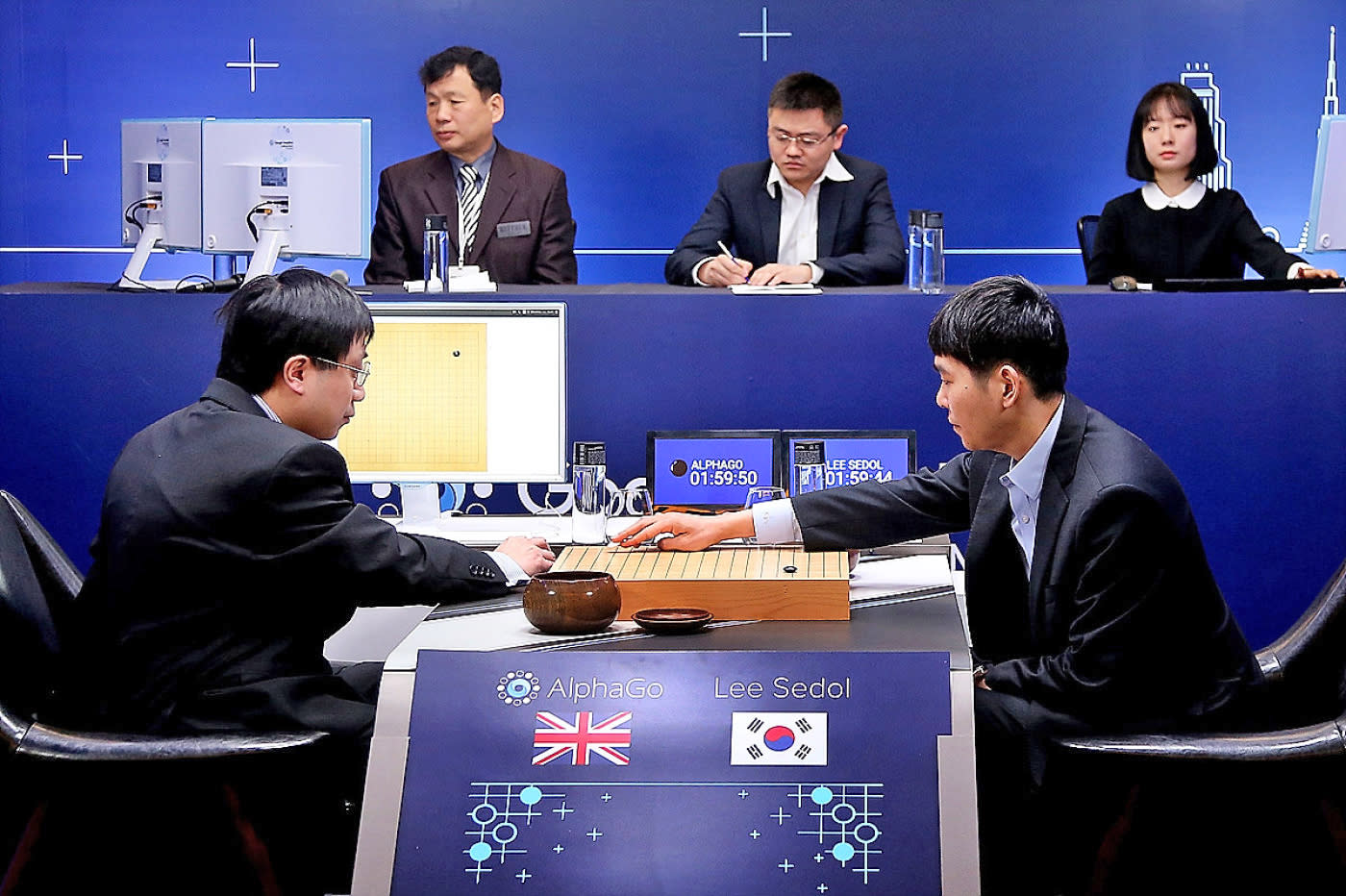 Google's Deepmind AI has done it again: it's beaten Go world champion Lee Sedol in the second of a five-match challenge. After forcing the 9-dan professional to resign in yesterday's test, today's four-and-a-half hour match went into overtime before the South Korean admitted defeat. AlphaGo now only needs one more win to become champion and claim the $1 million prize.

Google's artificial intelligence shocked many when it beat a Go world champion for the first time. AlphaGo had already dispatched the European champion in an earlier test, but as an 18-time world champion and Go grandmaster, Lee poses a much tougher challenge. The Korean believed he would win the series 5-0, or 4-1 at worst, but there's currently no stopping AlphaGo.

"I'm quite speechless," said Lee in the post-match conference. "It was a clear loss on my part. From the beginning there was no moment I thought I was leading."

Google is livestreaming the encounters, and for the second match, as many as 90,000 people were tuned into the YouTube livestream to see the result. Korean and Chinese media have also dedicated various TV channels to the event. Lee now needs to win the last three tests if he is to stand any chance of claiming the pot (AlphaGo will donate the prize to charity if it wins). Man and machine will now have a rest day before meeting again on Saturday.

#AlphaGo wins match 2, to take a 2-0 lead!! Hard for us to believe. AlphaGo played some beautiful creative moves in this game. Mega-tense...

In this article: AI, alphago, deepmind, gadgetry, gadgets, go, google, leesedol, robots, science
All products recommended by Engadget are selected by our editorial team, independent of our parent company. Some of our stories include affiliate links. If you buy something through one of these links, we may earn an affiliate commission.