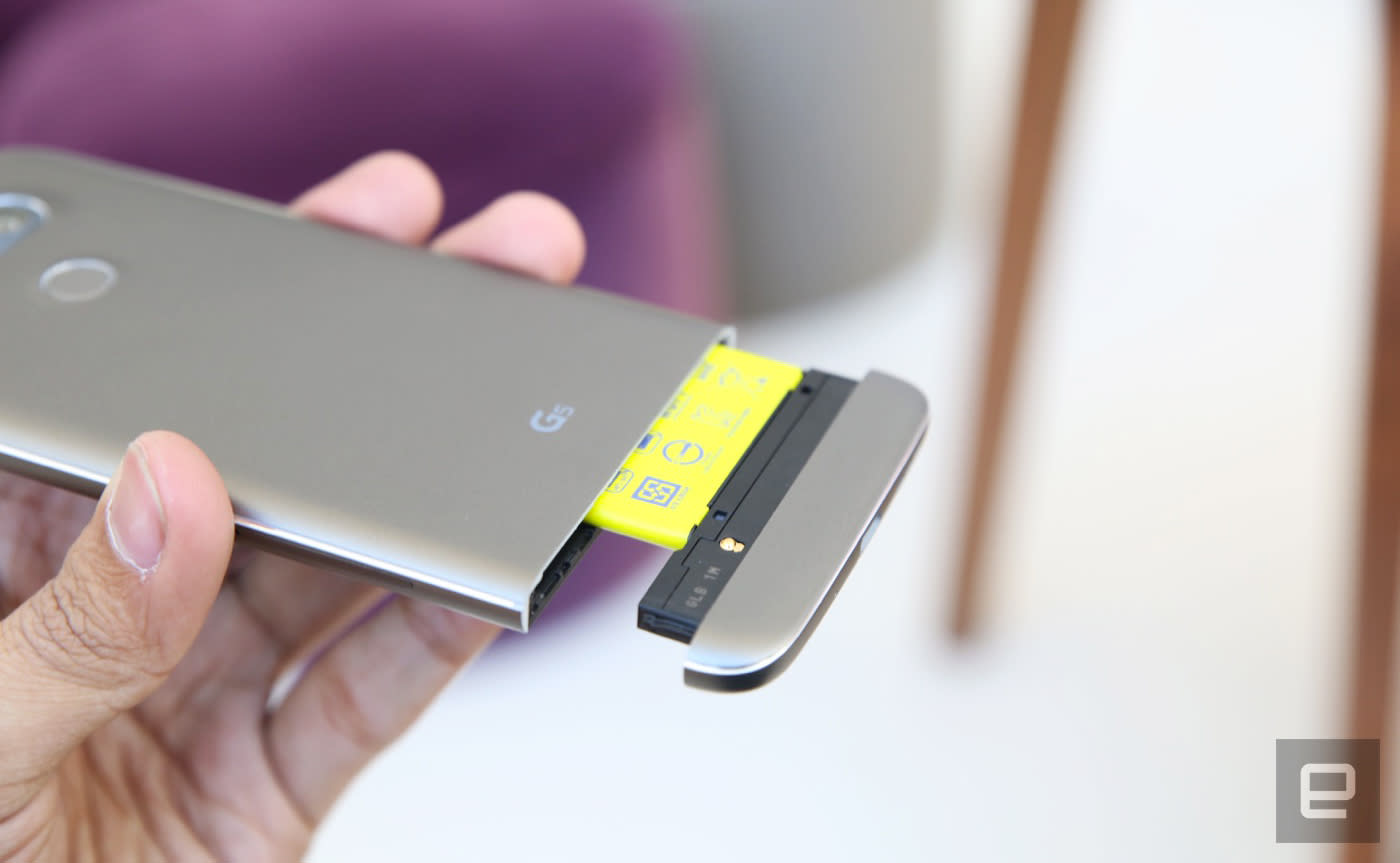 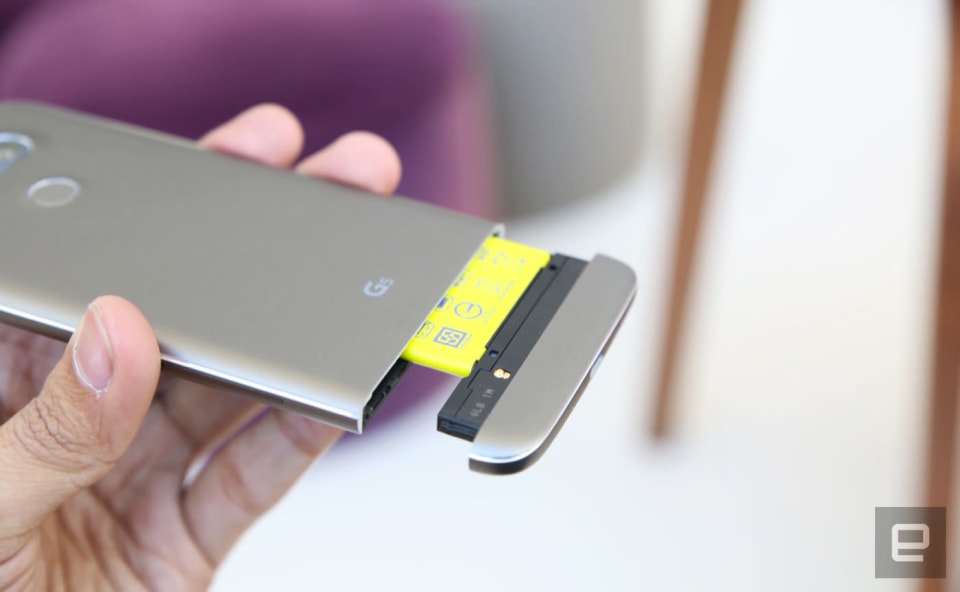 Samsung's Galaxy S7 and S7 Edge are getting rave reviews, but don't forget about the other, more ambitious Korean flagship barreling down the pipeline. Though it fell short of offering a firm release date, LG just confirmed that its modular G5 will hit the US in "early April." Yeah, not exactly a surprise, especially since LG Canada already confirmed our friends to the north will get the G5 on April 8.

Expect a slew of carrier confirmations to follow shortly -- after all, each of the Big 4 national service providers has confirmed plans to sell the G5. What is surprising is the line-up of G5 "Friends" that are set to launch with or shortly after the G5. Based on LG's choice of publicity photos, the first round will include that awfully light VR headset, the Camera Plus (the chunky grip with physical camera controls) and the company's new 360-degree camera. The high-fidelity audio DAC LG built with Bang and Olufsen didn't get its own photo; perhaps it still has a few kinks that need ironing out. (It was, after all, the only "Friend" we couldn't properly test at MWC.) And what of our dear, cat-annoying pal Rolling Bot? LG quietly told us at MWC that the remote-controlled ball would take some extra time to perfect, so we wouldn't recommend holding your breath.

In this article: android, availability, friends, g5, gear, lg, mobile, modular, smartphone
All products recommended by Engadget are selected by our editorial team, independent of our parent company. Some of our stories include affiliate links. If you buy something through one of these links, we may earn an affiliate commission.