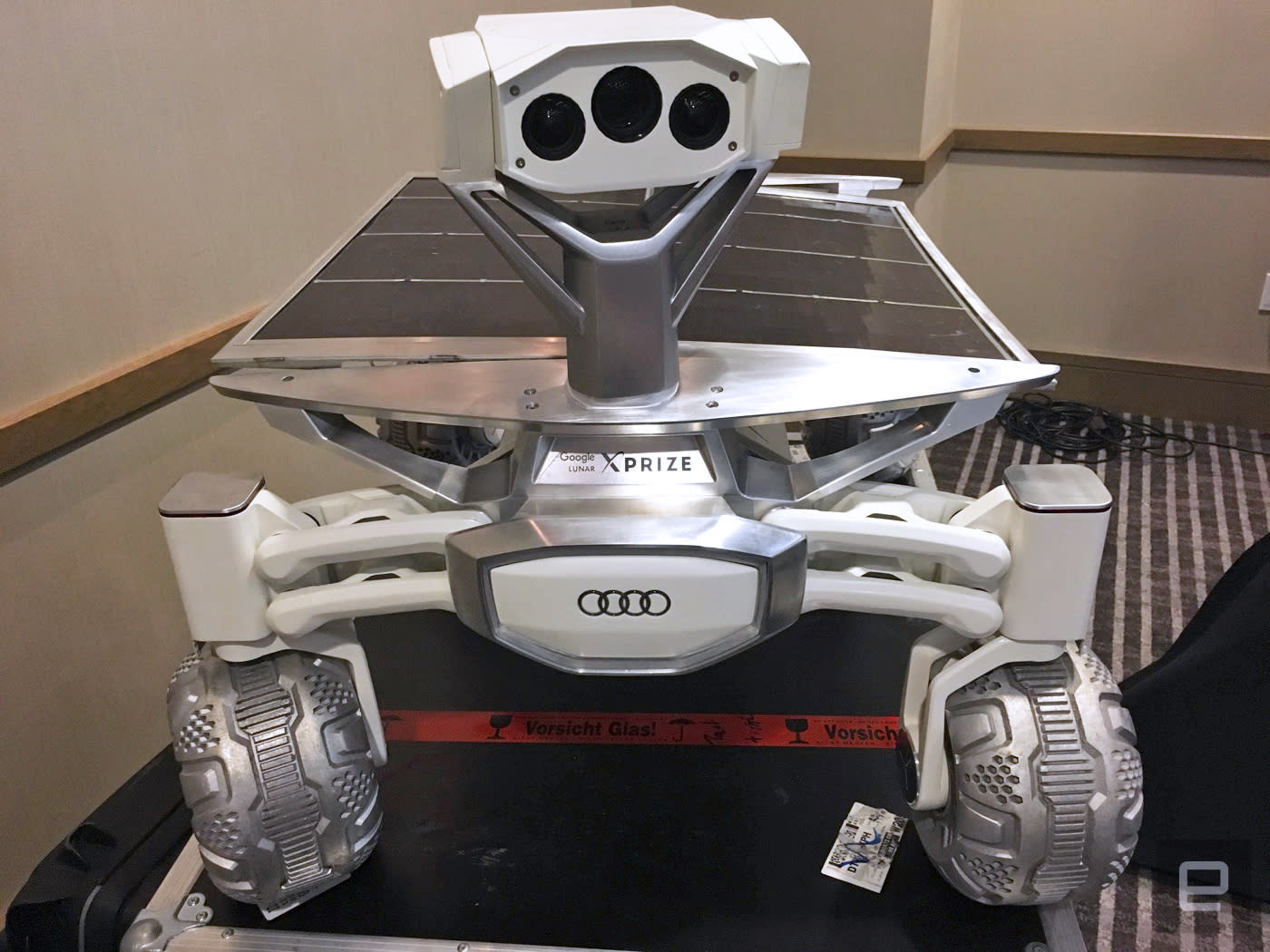 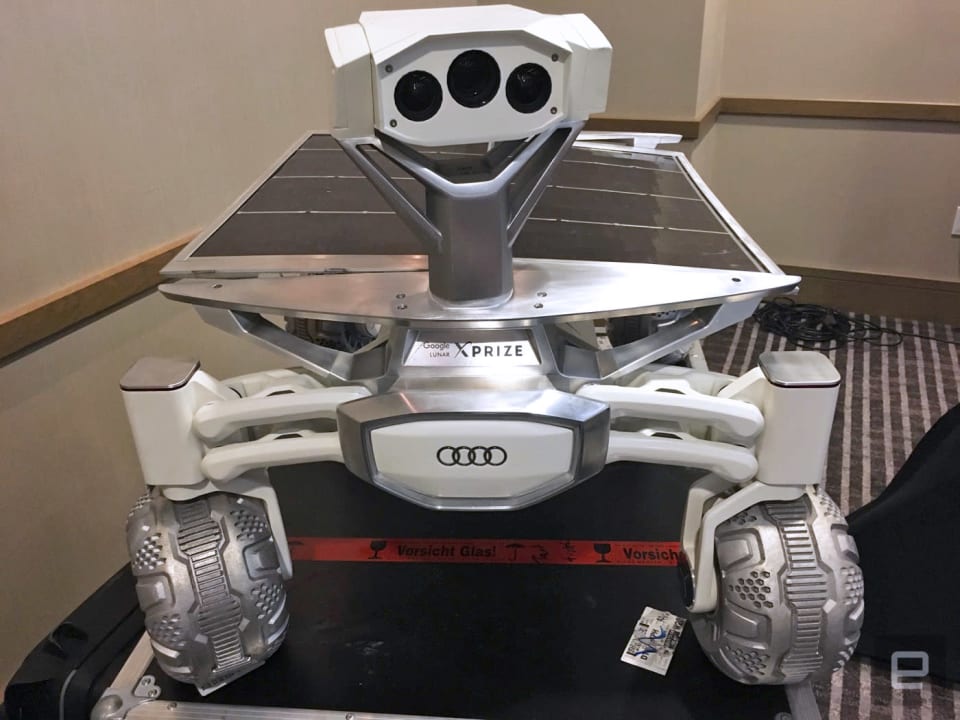 The idea of a manned mission to Mars got in the public consciousness in a big way over the past few years, thanks in large part to Andy Weir's novel The Martian and its excellent big-screen adaptation. I'll admit that I haven't always been fascinated by space travel, but the book and movie captured my imagination in a way I hadn't expected and made the SXSW panel "Surviving the Red Planet" a must-see. The panel reinforced the fact that a true mission to Mars remains a long way off, but it also had a big focus on recruiting the talent out there to help NASA get there -- even if you're not a rocket scientist, or a scientist of any kind.

Collaboration has come up in nearly every SXSW panel I've attended this week, and this was no exception. Monsi Roman is the program manager for NASA's Centennial Challenges, a group of ongoing competitions to engage the public and inspire inventors to contribute to various initiatives, and she spent much of her time on the panel discussing the current challenges and how they'll help us get to Mars. Current challenges include designing a Mars ascent vehicle, 3D-printing a deep-space habitat, and building an autonomous robot that can correctly identify and collect samples on other planets.

Obviously, no single individual is going to be able to do this on their own, so NASA is offering millions of dollars as part of these Centennial Challenges to get groups together to work these problems. "This is the challenge for surviving on the red planet," Roman said. "It's going to take people like all of you to get there -- scientists and engineers but also people from all backgrounds. This is a vehicle for citizens to come join us."

Jason Crusan, director for NASA's Advanced Exploration Division, echoed those remarks while detailing how we might get to Mars. "We're using everybody to help solve the problem [of getting to Mars] -- that's the underlying theme here," Crusan said. "Going to Mars is a very, very hard thing to do." Detailing those challenges, Crusan noted that right now NASA can get an astronaut off the International Space Station to a US hospital within 17 hours in an emergency. "I challenge you to get from here to Australia in 17 hours," he joked. But current technology means it'll take 1,100 days or so to get to Mars and back, and there's obviously a host of issues there to be sorted out.

But Crusan believes that we'll have the capabilities to get a craft out to Mars range in not much over a decade. "By the end of the 2020s, NASA's desire is to have a deep-space spaceship in orbit around the moon that'll allow us to go in 1,000-day class missions," he said. "It doesn't give us the landers, the power systems we need to get to the surface, but in a little over a decade we can get out to Mars-class distances." And perhaps Mars won't be the first destination -- Crusan noted that the Mars moon Phobos is estimated to be about 20 percent water, an important potential resource. "Follow the water is one of our themes," he said.

The panel also had a member of a team competing for a prize much like NASA's Centennial Challenges -- the $30 million Google Lunar XPrize challenge to land a privately funded robot on the moon. Robert Böhme, from the Mission to the Moon team, brought along an early prototype of the rover being worked on (pictured above) and talked a bit about why going back to the moon made sense. It turns out one of the first places they want to visit on the moon is the Apollo 17 site, to see what's happened to the materials in a lunar roving vehicle over the past 43 years. "This vehicle has been exposed to space for over 43 years," Böhme said. "It's really interesting to see how [its materials] decayed and to what level."

Lest the panel be too serious, there was also talk of sci-fi's influence on NASA and vice versa, much of it coming from illustrator Rick Sternbach. He's been drawing sci-fi artwork for decades and was part of the production team on Star Trek: The Next Generation and Voyager. "When I design real space hardware, I love to go to the source," Sternbach said. "I get inspired by things that NASA has done, that the Russian space agency has done, all the different engineering styles. I absorb it all, and I love talking to the engineers and scientists." For NASA's part, Crusan called out C-3PO as a humanoid robot design the agency definitely thought could be useful. "We're gonna be building in deep space -- when there aren't humans, we're going to need robots to do mundane tasks, both humanoid and free form."

Like much of what I've seen at SXSW, this panel seemed to be less about finding answers and solutions and more about talking through problems, as well as imploring the community to get involved -- even if it takes a lot longer than these optimistic estimates to get to Mars. Crusan said he doesn't even really care where we go, as long as we're going somewhere, because that means we're exploring farther and farther out into space. "It's more about the journey and committing to [space travel] as a society," he said, rather than saying we have to get to Mars at all costs. After all, "at some point we want to go everywhere."

In this article: mars, nasa, robots, science, space, sxsw, sxsw2016
All products recommended by Engadget are selected by our editorial team, independent of our parent company. Some of our stories include affiliate links. If you buy something through one of these links, we may earn an affiliate commission.