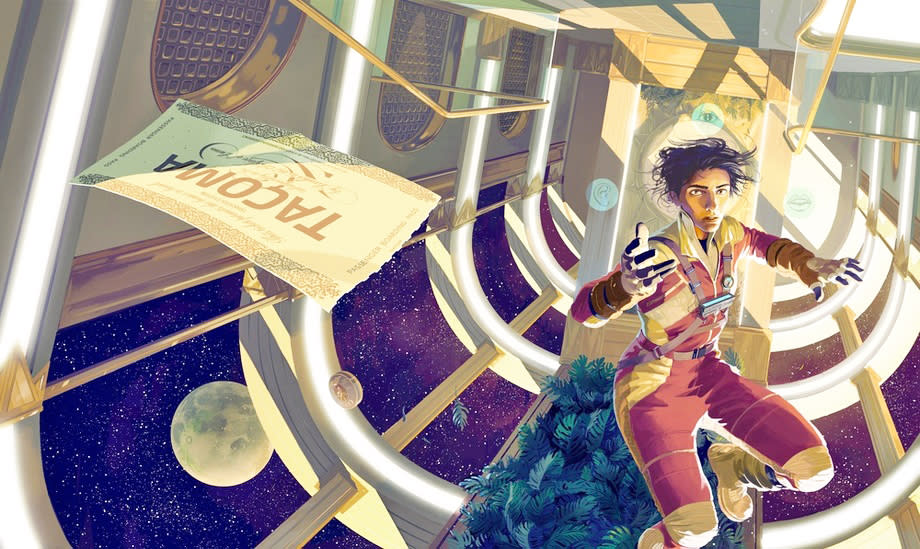 Fullbright, the studio behind the critically acclaimed Gone Home, has delayed its new game Tacoma. The sci-fi mystery was penciled in for the second half of this year, but it's now been pushed back to 2017.

The reason for the delay is quality control. Tacoma has been in development for two years now, and was pretty far along (and enjoyable) when we tried it out last summer. It played out similarly to the narrative-driven Gone Home, but added additional gameplay in the form of gravity-based puzzles, and more than a little of System Shock's eerie tension thrown in for good measure.

Fullbright says it sent a playable Tacoma build out to some trusted developers shortly after the summer demo, who confirmed its feelings that it needed to "rework a number of the core assumptions" it had made about the game. It then made a lot of changes, specifically to the story and gravity mechanics of the game. After sending out a new build to the same group, it feels these amendments have improved the experience significantly.

Unfortunately, this six-month rework has pushed the entire project back. Fullbright's giving itself "an additional six-plus months" to complete Tacoma. It'll now land on PC and Xbox One -- it's a console exclusive for Microsoft's platform -- in Spring 2017.

In this article: av, consoleexclusive, delay, fullbright, gaming, gonehome, microsoft, tacoma, xbox, xboxone
All products recommended by Engadget are selected by our editorial team, independent of our parent company. Some of our stories include affiliate links. If you buy something through one of these links, we may earn an affiliate commission.