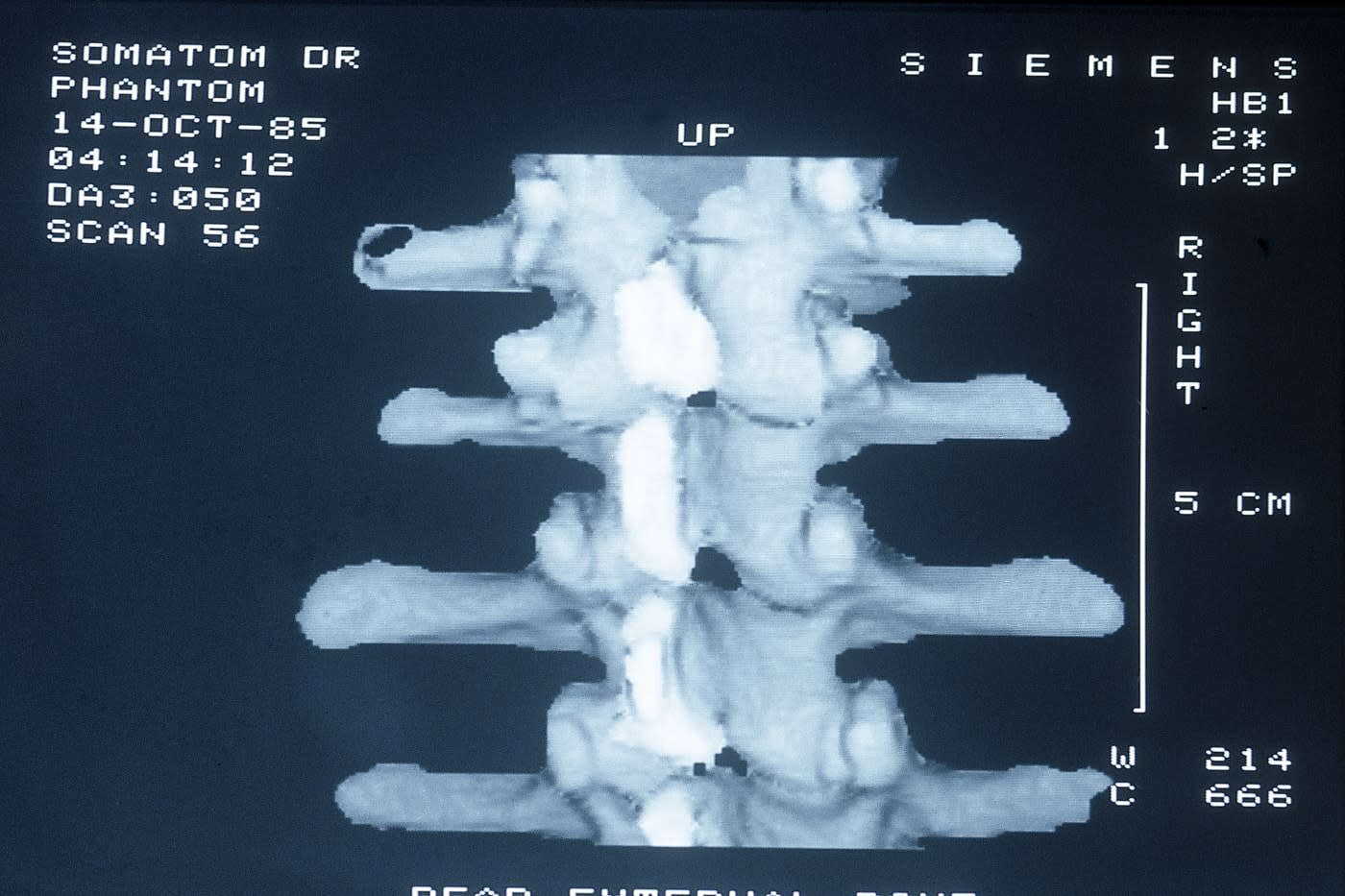 Researchers at the Mayo Clinic have developed a novel spinal graft that automatically "grows" to the requisite size and shape when implanted. The spongy polymer isn't meant to be a formal replacement like the 3D printed neck bones recently installed by a team from the Prince of Wales Hospital in Sydney. Instead, it's designed to act as a bone graft -- a biodegradable scaffold through which a cancer patient's own bones can regrow after surgery.

See, for whatever biological reason, when cancer metastasizes -- that is, when it spreads through the body from the original tumor -- it predominantly tends to settle in the spinal column. Doctors can cut out the infected bone tissue (or flat-out replace it as they did in the Sydney case) but that leaves large gaps in the spine. Normally, doctors would either have to open the chest cavity and access the spine from far side (which entails a lengthy recovery and high probability of complications) or they'd make a small incision in the neck/back and inject expandable titanium rods into the bone gap (which is super expensive because titanium). This new technique combines the easy access and short recovery of the titanium rod method with the low cost of the open chest operation.

Doctors simply cut a small hole in the patient's neck/back and inject a hydrogel polymer into the bone gap much the same way they would a titanium rod. This polymer absorbs fluids from within the wound and grows to fill the gap. Doctors control how far the polymer expands in any specific direction by first inserting a "cage" -- basically a pre-expanded shell that the polymer fills in as it spreads. Think of it as the wooden frame that keeps a freshly-poured concrete sidewalk in place until it hardens. Once the polymer fills in the cage, which takes 5 to 10 minutes on average, it will set and harden into a viable prosthetic. From there, surrounding bone tissue grows into and through the polymer, reinforcing and cementing it in place.

The Mayo team plans to begin initial cadaver-based tests of the new method in the coming months. Should those succeed, trials on living people will follow in the next couple of years.

In this article: 3D printing, mayolinic, medicine, polymer, science, spine, surgery
All products recommended by Engadget are selected by our editorial team, independent of our parent company. Some of our stories include affiliate links. If you buy something through one of these links, we may earn an affiliate commission.