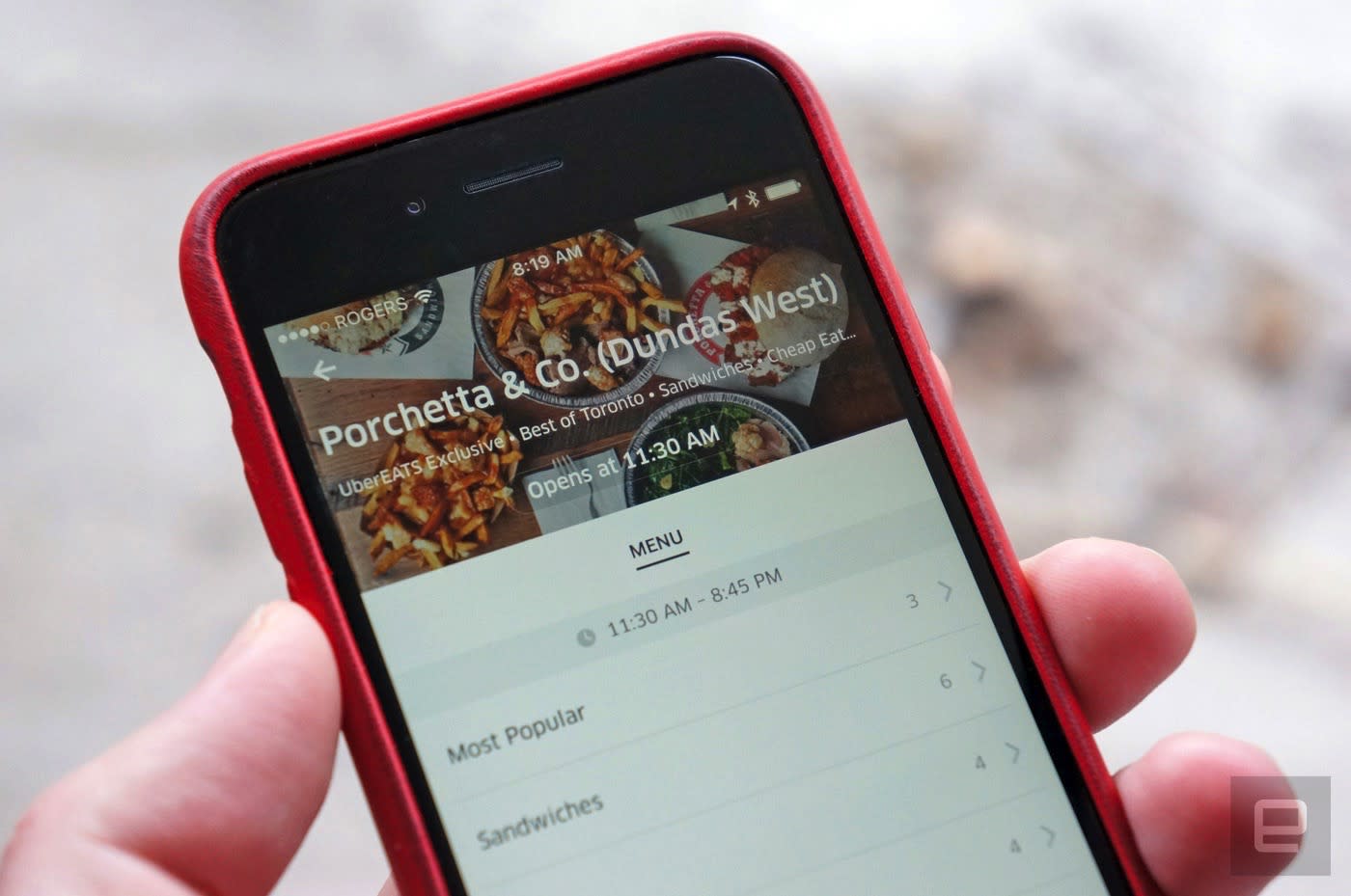 You no longer have to head to Canada to make full use of Uber's food delivery service from your smartphone. The UberEats app is now available on Android and iOS in a handful of US cities, starting with Chicago, Houston, Los Angeles and San Francisco. More cities are also on tap in the near future, including Atlanta, Austin, Dallas, New York, Seattle and Washington in the US as well as Melbourne and Paris. Wherever you are, the experience remains the same: you're ordering food from partner restaurants with an emphasis on speed (Instant Delivery items show up in less than 10 minutes) and simplicity. If delivery rivals like GrubHub aren't cutting it, there's a good chance that you'll have an alternative soon.

In this article: android, culture, delivery, food, food and drink, food-and-drink, foodanddrink, gear, ios, mobile, smartphone, uber, ubereats
All products recommended by Engadget are selected by our editorial team, independent of our parent company. Some of our stories include affiliate links. If you buy something through one of these links, we may earn an affiliate commission.