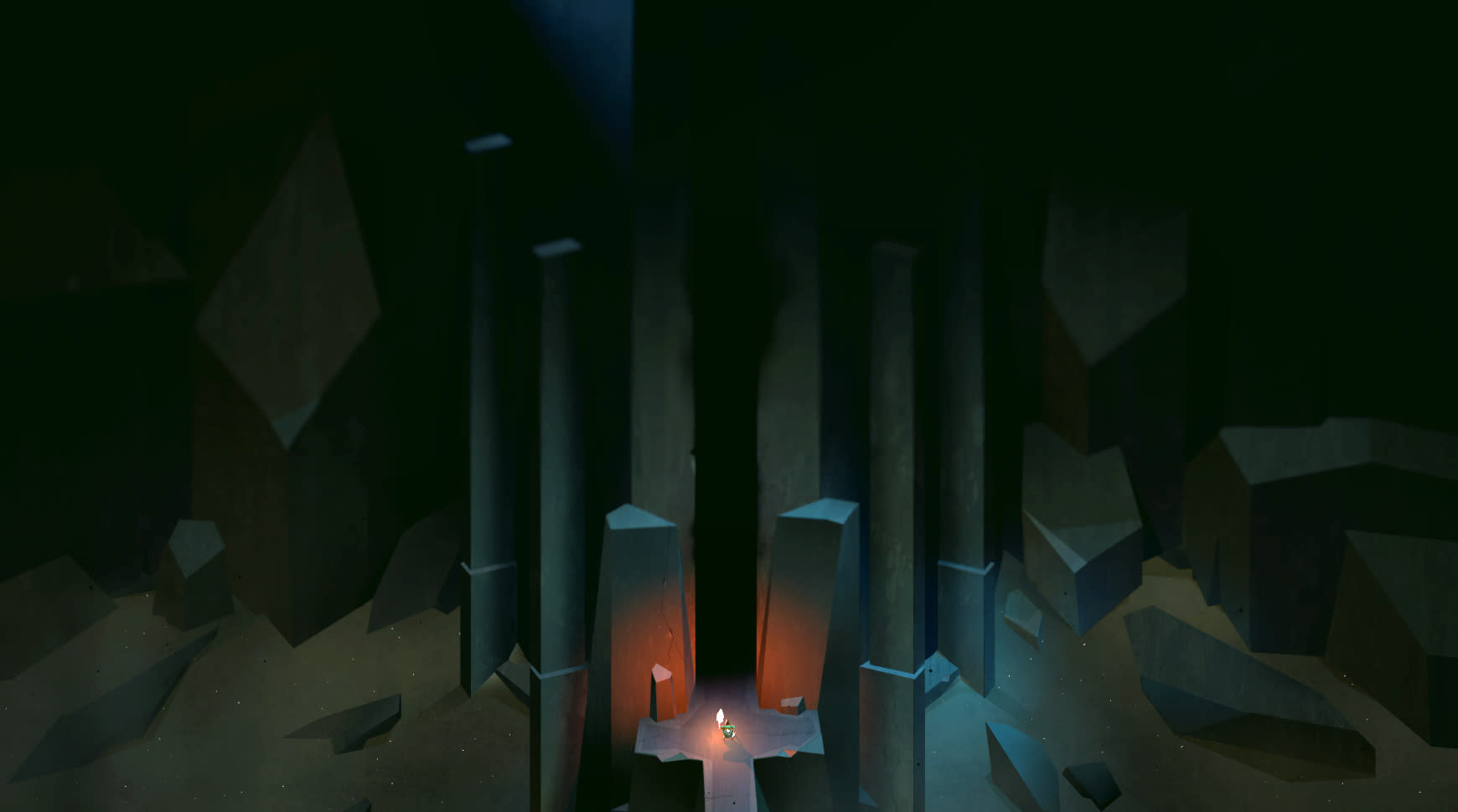 'Below' is hiding more mysteries than you think

'The most exciting aspect of the game hasn't been announced yet.'

Capybara Games made a classic mistake in the middle of developing its latest game: announcing the release date too early. Capy unveiled Below, a moody and mysterious exploration experience, back in 2013. A year later, the team revealed plans to release it in 2015 on Xbox One and PC.

"Microsoft gave us a really good opportunity to show it for the first time a long time ago," Capy Creative Director Kris Piotrowski explained during GDC this week. "Then we went home and kind of realized the game was like 100 times bigger and more complex than we anticipated."

This week, Capy announced that Below would launch in the summer of 2016, and Piotrowski is feeling good about that timeline. The studio revealed the release window in a dramatic presentation at the end of the 2016 Independent Games Festival awards ceremony, which happened to be hosted by Capy co-founder Nathan Vella.

"I felt really weird about it, but I figured I had done [the IGF Awards] three times so I deserved a little bit, like two minutes, three minutes," Vella said. "It's great to be able to show the game to our peers, to be able to communicate the sort of stuff we've been working on for a while."

Piotrowski watched Vella from the audience, anxiously anticipating the end of the show and his game's big, surprise moment. He was nervous; he accidentally downed an entire bottle of wine before the trailer went up. But, once it did, Piotrowski opened Twitter to read the live reactions from Capy fans and people watching the IGF Awards live stream -- and the response was overwhelmingly positive. Piotrowski breathed a huge sigh of relief. He hadn't pushed his fans away. Even with the delay and the studio's silence, people were still excited to play Below.

"It's a little bit of a personal game, in a way," Piotrowski said. "But not really. It's not like a game about me or anything like that. But there are certain ideas and things out there that I think maybe I'm a bit more sensitive about."

That's all Piotrowski will say about Below's actual content. Everything about it is cloaked in mystery -- it's a procedurally generated exploration game that includes combat, crafting and beautifully dark landscapes. And it's theatrical: The camera is pulled back almost too far, making the tiny protagonist truly feel like a lost soul wandering a massive, otherworldly cave system. That's what we know about Below so far, but it's not all the game has to offer.

"The most exciting aspect of the game hasn't been announced yet," Piotrowski said. "There's a couple of major components of the game that we're saving for our main launch push. The answer to 'What lies below?' is the main thing we're holding back."

The game's theatrical flair makes sense, considering Piotrowski and Vella met in film school. They work well together because they're strong believers in collaboration, the push and pull of creative flow. Celebrated composer Jim Guthrie is also part of this equation, and he's created mountains of music for Below that Capy is now picking its way through, seeing what fits where. "As far as Capy games goes, this is the most complicated beast that we've ever tried to slay," Piotrowski said.

Even the demo on the show floor at GDC was huge -- it could easily take one and a half hours to complete, and Vella and Piotrowski were happy to let people take their time with it. Ten minutes with Below simply wouldn't be enough.

"It always works better when people can kind of take their time and almost imagine that they're in their living room, just sitting with the game and playing it with a glass of scotch and a huge doober," Piotrowski said.

The way players respond to Below will be a huge component of the game. Capy wants to cultivate a large community of players who discuss and dissect their unique discoveries and theories about the game. It doesn't have a cut-and-dry story -- Capy will provide the world and a few breadcrumbs, but players will be able to take what they want out of it. "I think this game has the kind of potential to galvanize a community around it," Piotrowski said. "I hope that this game is maybe the game that gives Capy a little bit more of like a true legion of fans. We have fans here and there but I feel like we've never quite made something that has the depth and mystery of the kinds of games that players like to sink their teeth into and talk about on forums."

After Below launches in the summer, it sounds like Capy will be glued to Twitter and online forums once again, just like Piotrowski was during the IGF Awards. If things go well, maybe Below will pick up an award of its own on that stage in San Francisco. But, Vella won't be the one handing out the prize. This year's trailer was basically his farewell to the ceremony -- after three years in a row, he's done hosting the IGF show.

All products recommended by Engadget are selected by our editorial team, independent of our parent company. Some of our stories include affiliate links. If you buy something through one of these links, we may earn an affiliate commission. All prices are correct at the time of publishing.
View All Comments
'Below' is hiding more mysteries than you think