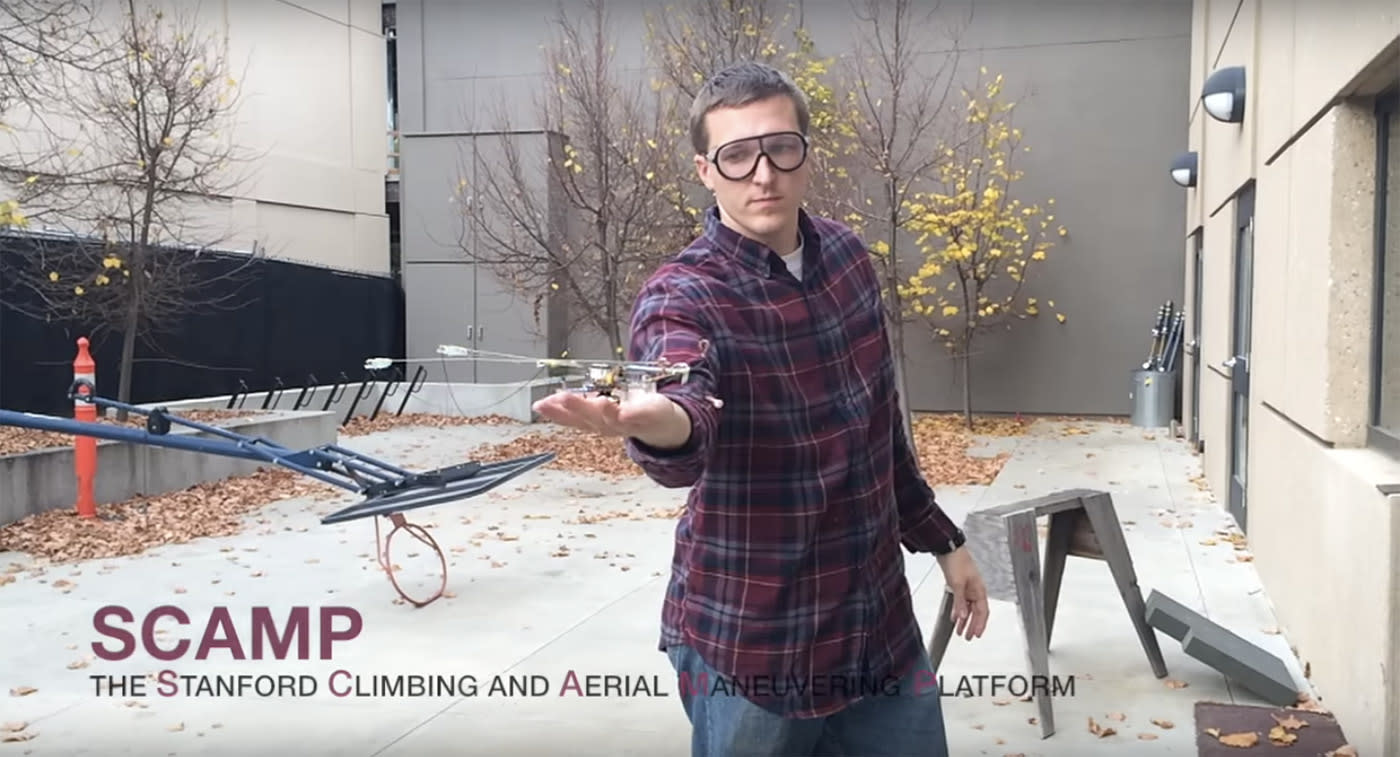 Stanford's SCAMP looks like a quadcopter at first glance, but it can do much more than fly and hover in the air. Just like what its full name -- Stanford Climbing and Aerial Maneuvering Platform -- says, it can perch on and climb walls, much like an insect. A team from the university's Biomimetics and Dexterous Manipulation Lab took what they learned from previous projects to create the machine. One of those projects is Stickybot, a robotic, wall-climbing gecko.

What the team did was take the climbing technology they developed for last Stickybot version and modified it to come up with something faster and with greater ability to maneuver. Those modifications include designing the drone to take longer steps and adding microspines to its feet, making them similar to a praying mantis'.

Before the robot can climb walls, though, it has to be able to perch first. In order to make sure that SCAMP can stick to the wall for long periods without falling off, the team placed its climbing mechanism on top of the quadrotor. That allows it to press its body against the surface for more stability. In case it still slips while walking up, the drone briefly switches on its rotors before trying one more time.

By being able to stay perched on vertical surfaces, the drone can save energy without having to stop taking videos or images for, say, first responders or the military. The team found that the ability allows SCAMP to extend its mission anywhere from three minutes to a couple of hours. They still have a lot to do to improve the machine, but in time, their research could lead to a whole line of perching and climbing robots, including quiet, fixed-wing gliders.

In this article: drone, gear, robot, robots, SCAMP, stanford
All products recommended by Engadget are selected by our editorial team, independent of our parent company. Some of our stories include affiliate links. If you buy something through one of these links, we may earn an affiliate commission.