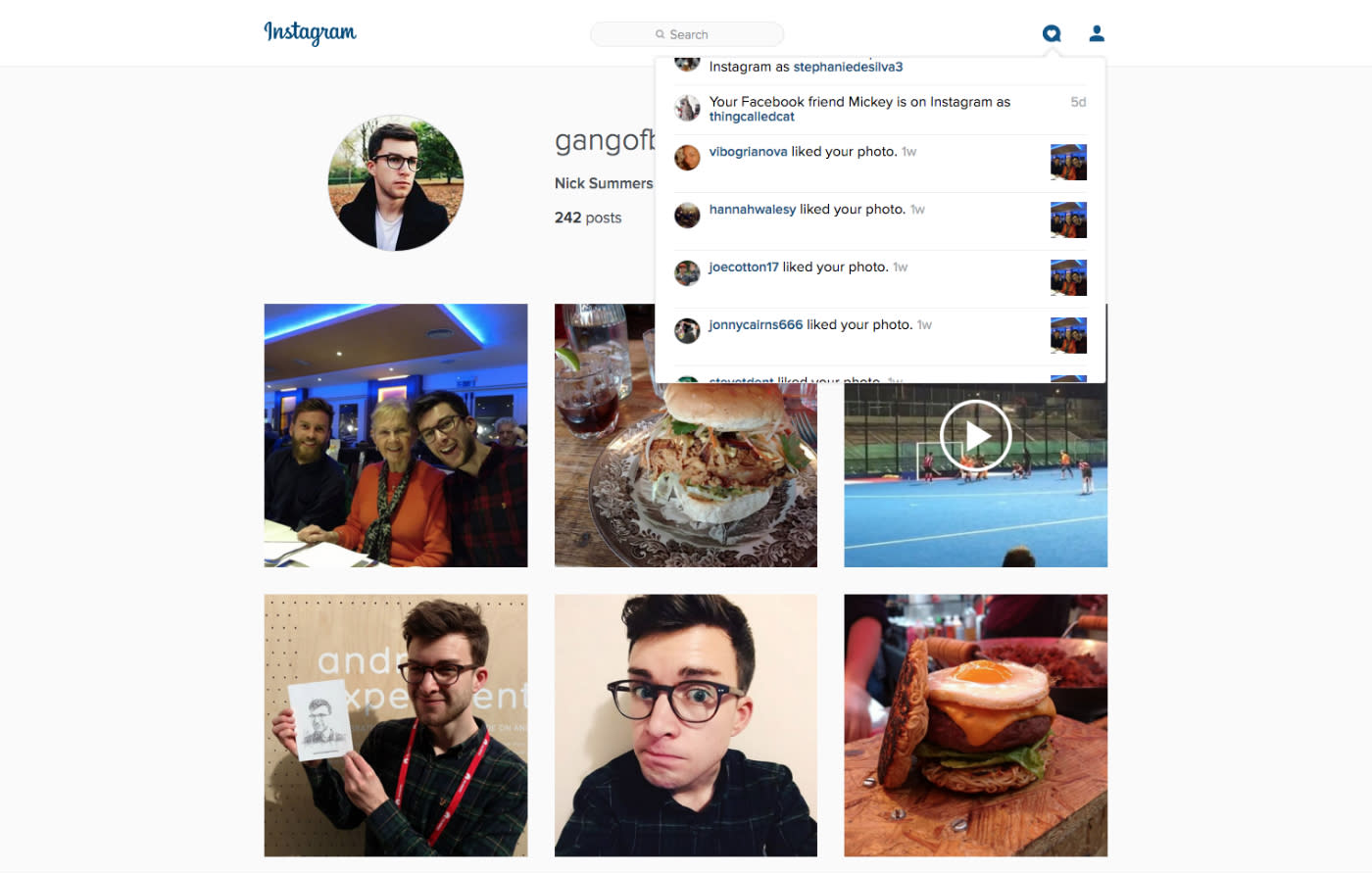 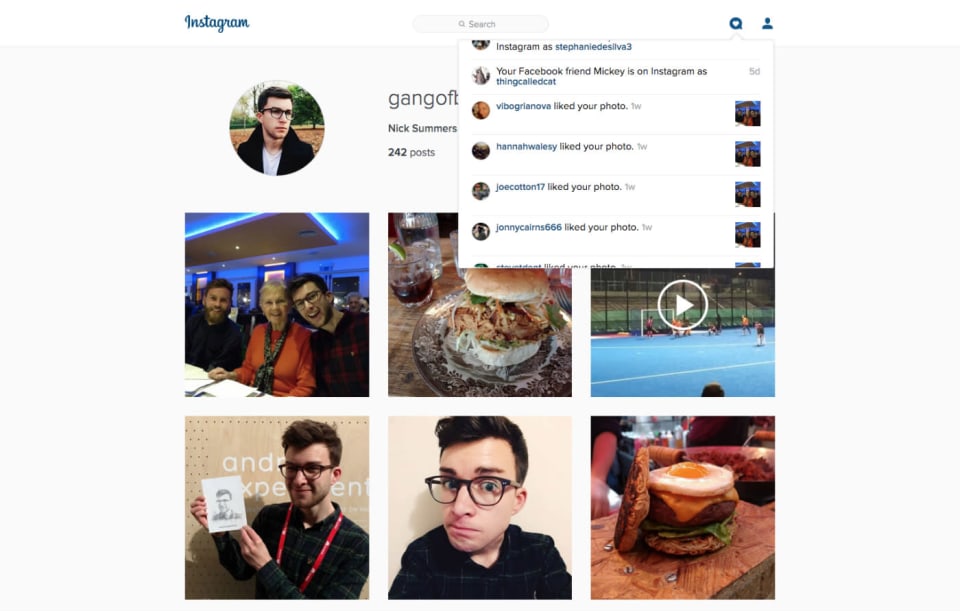 Instagram's website has always felt like a bit of an afterthought. Sure, it works, with a feed and the ability to add likes and comments. But it's never been as polished or as fully featured as the company's mobile apps. Now, as TechCrunch notes, the web version is starting to catch up with the addition of an activity tab. Similar to the iOS and Android apps, this lists new followers, likes and users you might know through Facebook.

There is one key difference, however. Inside Instagram's mobile apps, the activity tab is split into two sections: You and Following. The former is what's shown on the web, however the latter -- which lists what other users have been liking and following -- is noticeably absent. It's another reminder of the gap that exists between Instagram's web and native apps. "Direct" messaging? Still not available on the web. Photo and video uploads? Still exclusive to the app on your phone or tablet.

Additions such as this one, however, are proof that Instagram hasn't forgotten about its web interface completely. For serious photographers and social media managers, that's a slither of hope to cling on to.

In this article: activity, facebook, gear, instagram, internet, notifications, services
All products recommended by Engadget are selected by our editorial team, independent of our parent company. Some of our stories include affiliate links. If you buy something through one of these links, we may earn an affiliate commission.