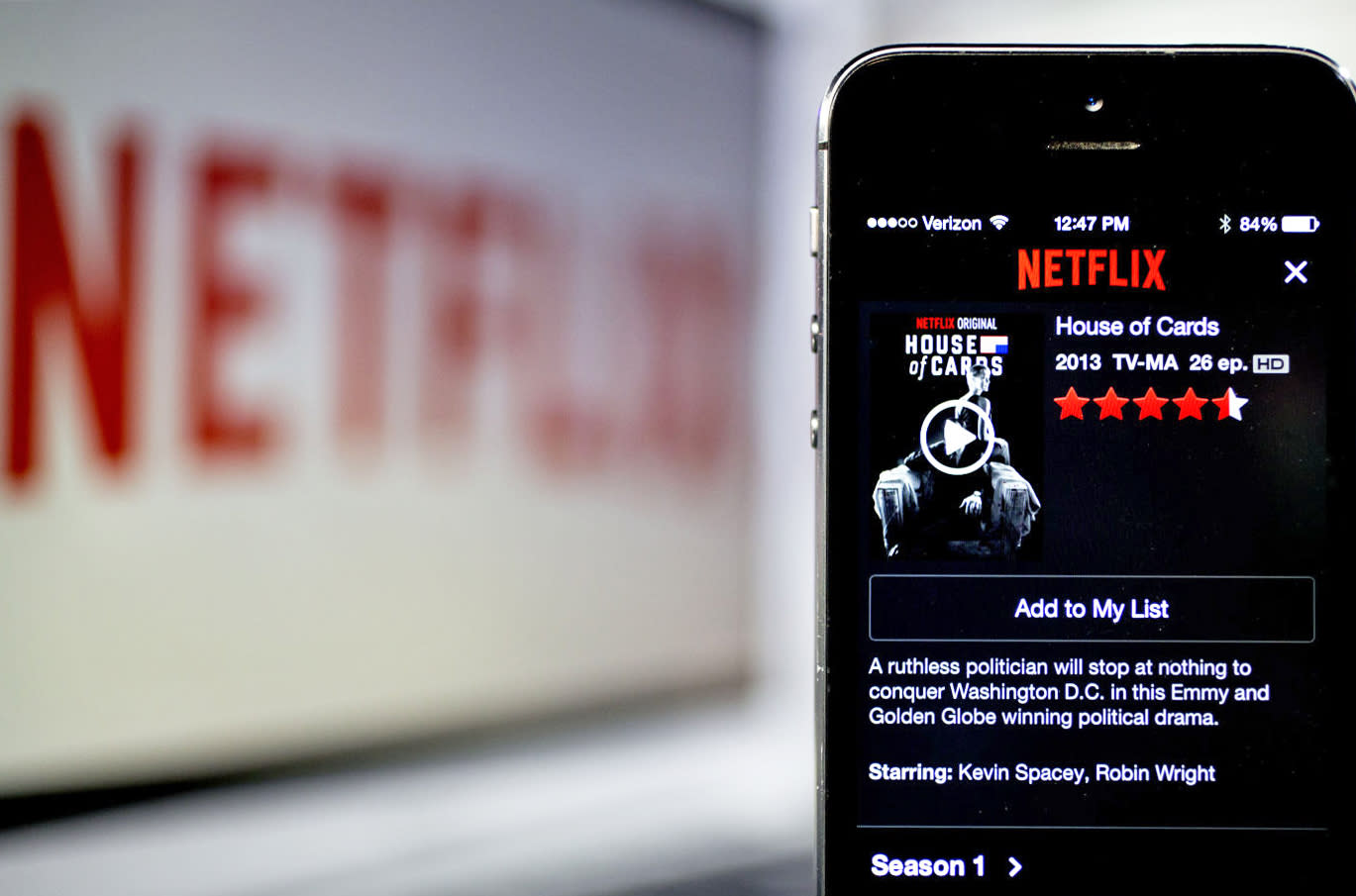 Last week as T-Mobile CEO John Legere announced that his company's Binge On program would expand to cover YouTube, he mentioned a strange point: that even the "mobile optimized" 480p Netflix streams T-Mobile offers were higher-res than what you get streaming via AT&T or Verizon. Executives from those companies said they don't reduce the resolution of videos on their networks, although tests revealed that Legere was right -- Netflix does only stream at 360p on AT&T and Verizon. Now the Wall Street Journal has reported that the culprit behind this restriction was actually Netflix itself.

7/ @TMobile has been listening to customers and thanks to a little partnership, @YouTube is now a #BingeOn partner!https://t.co/VQVZoM86Jh

In an odd wrinkle on net neutrality discussions over whether or not broadband providers might restrict video quality of streaming companies they compete with, Netflix chose to limit its own quality on those two networks. Through a blog post and statements to WSJ, Netflix explains that it set a cap at 600kbps to avoid using up too much data under the caps set by those providers for their customers. Sprint and T-Mobile were apparently exempt because of a history of "more consumer friendly policies."

It all makes sense considering how quickly users can chew through bandwidth caps with HD video on mobile, although it seems odd that it wasn't made clear until now. According to Netflix, this hasn't been an issue for its users, who are more concerned about saving bandwidth than quality. However, it will soon introduce a "data saver" feature on its mobile apps to let users choose what bandwidth they want to stream over cellular networks -- just in case you're willing to burn a few GB so you can actually see what's going on in Daredevil.

In this article: att, av, bandwidth, BingeOn, cap, gear, internet, JohnLegere, LTE, mobile, Netflix, services, sprint, streaming, t-mobile, verizon, video
All products recommended by Engadget are selected by our editorial team, independent of our parent company. Some of our stories include affiliate links. If you buy something through one of these links, we may earn an affiliate commission.