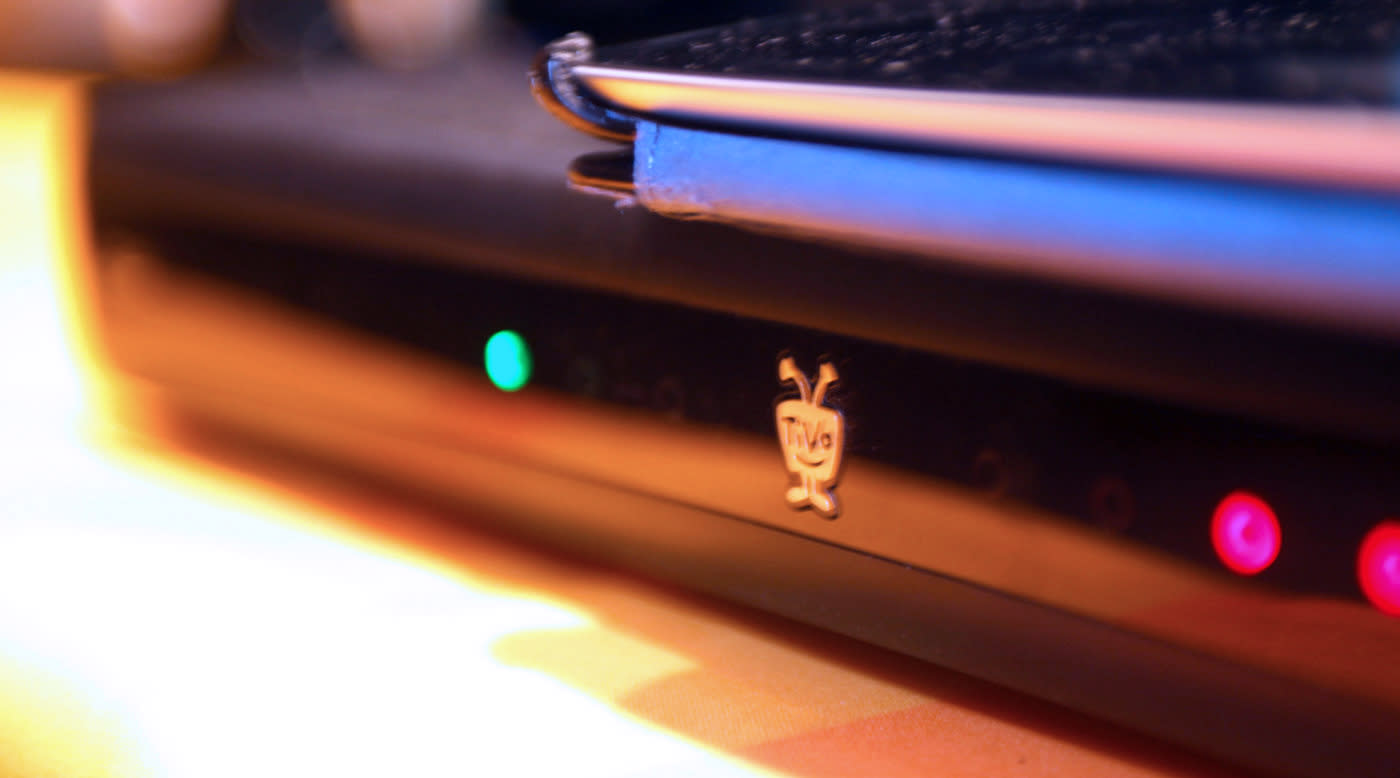 Rovi is closing in on a deal to buy DVR maker TiVo for an unknown price, according to sources from the New York Times. The exact terms aren't yet known, but TiVo reportedly has a market value of around $750 million. If the name "Rovi" isn't ringing a bell, the company makes interactive TV guides that are used by 18 million or so TV subscribers. You may remember it better for its much-hated DRM copy protection, when it used to be called Macrovision. TiVo, of course, is known (and mostly liked) for ad-skipping DVR products like the 4K TiVo Bolt.

Rovi may have pursued TiVo for its large patent portfolio as much as its time-shifting DVR technology. If the merger succeeds, the combined company will boast a war-chest of 6,000 patents in total. Neither is afraid to use them, either -- TiVo has earned $1.6 billion on patent litigation and recently sued Samsung over its DVR technology.

Rovi, on the other hand, lost a recent lawsuit against Netflix concerning over-the-top video streaming. During that case, five of Rovi's patents around interactive TV guides were invalidated by a judge, who called them overly abstract. "The human mind is certainly capable of distinguishing between watched and unwatched programs, and making recommendations based on a user's viewing history," he said.

TiVo has been the subject of takeover rumors before, with Google, Apple and Microsoft named as potential suitors. At this point, sources say the negotiations between Rovi and TiVo are at a delicate phase, so the deal is still far from assured.
In this article: av, DVR, entertainment, internet, Merger, Patents, Rovi, Rumor, Streaming, TiVo
All products recommended by Engadget are selected by our editorial team, independent of our parent company. Some of our stories include affiliate links. If you buy something through one of these links, we may earn an affiliate commission.