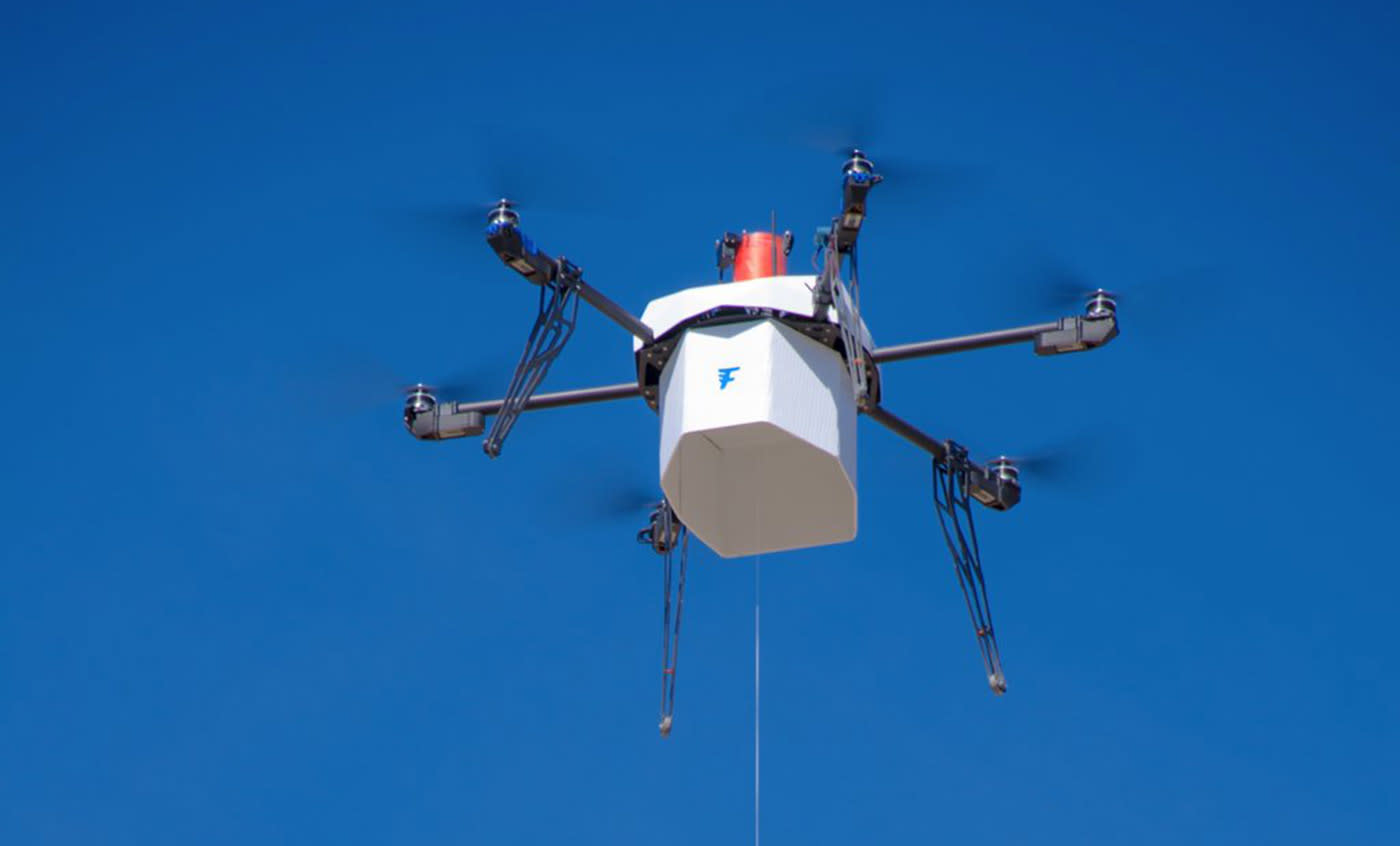 Flirtey, the startup that did the first FAA-sanctioned drone delivery in a rural area, has replicated the feat in an urban setting. It sent out an autonomous hexacopter on a half-a-mile flight to an empty house in Hawthorne, Nevada on March 10th, carrying food, water and a first-aid kit in a box attached to a rope. It's probably not the most secure way to transport fragile objects, though, so Amazon might have to devise another method to deliver TVs or anything breakable. The drone flew with zero human intervention -- there was a pilot on standby in case things go awry, but the team programmed its flight path beforehand.

Flirtey CEO Matt Sweeny told Fortune that it was able to convince the FAA due to its previous experience delivering textbooks and car parts in Australia and New Zealand. Hawthorne doesn't exactly have the maze-like skyscraper complexes of big cities, but the flight did prove that the startup's machines are capable of navigating more crowded locations with buildings and power lines. It brings Flirtey closer to doing actual drone deliveries in the US. Before that, though, it plans to kick things up a notch and do another sanctioned flight in an "urban populated area." In this article: drone, dronedelivery, flirtey, gadgetry, gadgets, gear, nevada
All products recommended by Engadget are selected by our editorial team, independent of our parent company. Some of our stories include affiliate links. If you buy something through one of these links, we may earn an affiliate commission.