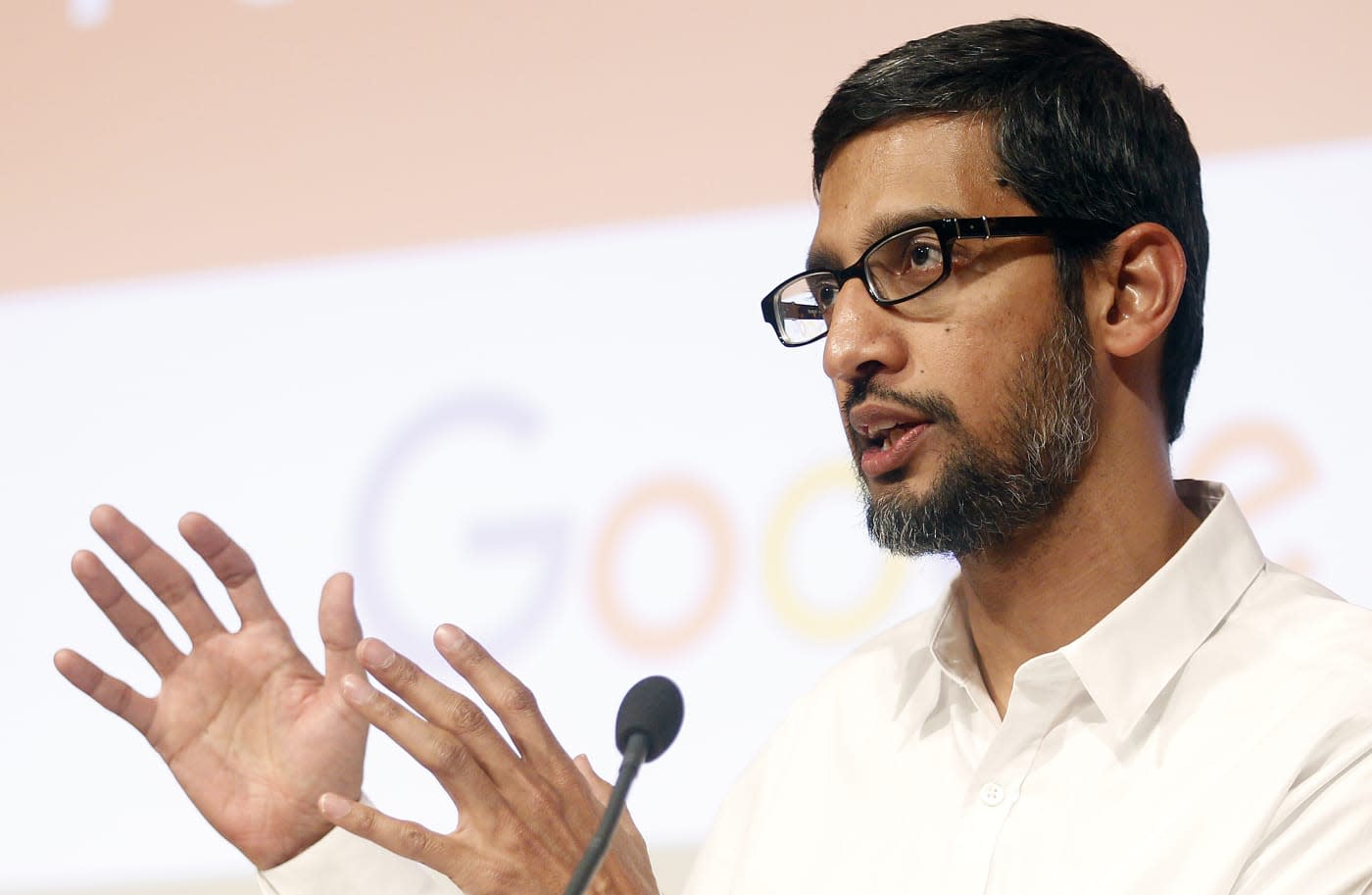 Deep within a long, expansive profile piece about Google's CEO Sundar Pichai, BuzzFeed's Mat Honan has offered a fresh tidbit about the unveiling of Google Cardboard. Clay Bavor, VP for virtual reality at Google, says he was summoned to Pichai's office in 2014, eight and a half weeks before the company's I/O developer conference. Pichai was impressed with Bavor's work and told him to get Cardboard ready for a launch at the event.

With such a tight timescale, Pichai wasn't able to keep tabs on the project. "He said, 'Okay, Clay, run,' and he didn't see me, or Google Cardboard, for the next eight and a half weeks," Bavor recounts to Honan. The idea originally was to put a headset in each of the swag bags handed out at the registration desk, but the night before, Pichai had a change of heart. He wanted to announce Cardboard on stage, during his keynote, and then have Google's employees hand them out to delegates afterwards.

The decision was made and at 11pm, a mad scramble ensued to make it so. The next day, as we know, it was launched without a hitch. "He stood up onstage and announced this product," Bavor recalls, "and he had not even seen the final version of it, or the final version of the software." Pichai had put his complete trust in Bavor and the team working on Cardboard.

The rest of Honan's piece is equally insightful. It delves into Pichai's history, growing up in India and working through the ranks at Google. His not-so-undercover exploration of CES and a speech at the University of New Delhi stadium provide a snapshot into his busy schedule and how he's running one of the most important technology companies in the world.

In this article: culture, gadgetry, gadgets, google, googlecardboard, GoogleIo, IO2014, SundarPichai, virtualreality, vr
All products recommended by Engadget are selected by our editorial team, independent of our parent company. Some of our stories include affiliate links. If you buy something through one of these links, we may earn an affiliate commission.