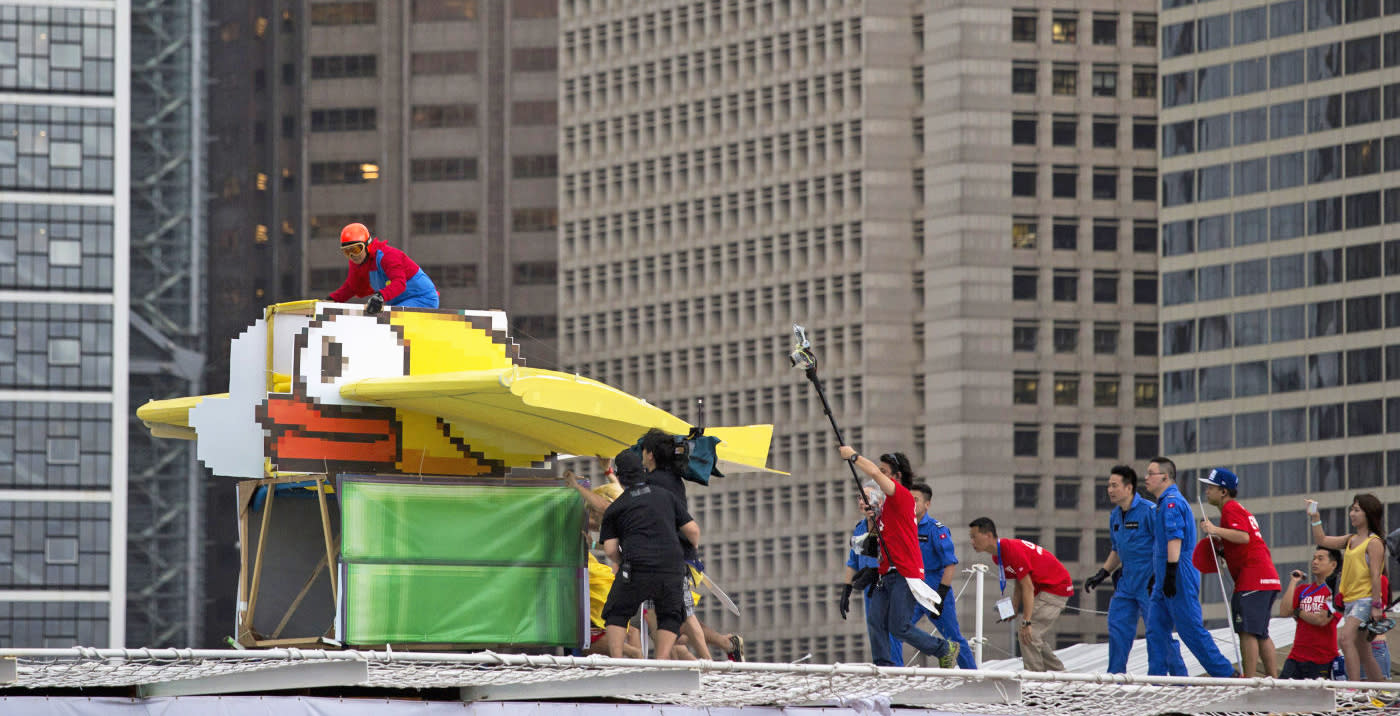 To date, we've seen the infamous Flappy Bird show up either cloned or otherwise in roughly 853 different places. That's a slight exaggeration, but you probably weren't expecting to find it in a game that's rapidly approaching 30 years in age. YouTube user "SethBling" says that by executing a glitch on a standard Super NES with no modifications, he was able to trick the game into letting him upload code for the airborne fowl's namesake game into Super Mario World. Your homage in Super Mario Maker just got even less impressive.

In the game, you can trigger access to code functions by collecting power-ups like fire flowers or 1-Up mushrooms. Bling used code written by SNES hacker "p4plus2" to write "byte after byte of arbitrary data" by moving to specific X-coordinates and spin jumping his way into system memory that Nintendo wasn't using. That repeated for 331 bytes of processor instructions. Written by spin jumping. Yes, it's as crazy as it sounds.

Once that was finished, the game stopped running its own code and instead ran the version of Flappy Bird he'd meticulously spin-jumped into memory. The result? A cute little Italian plumber weaving his way through the warp pipes that Dong Nguyen's creation was "inspired" by. The process took about an hour and he live-streamed the whole thing on Twitch over the weekend if you want to see it happen in real-time. Bling's also written a detailed guide for doing this yourself. For the less patient among us, the video below will get you up to speed in minutes.

In this article: bootloader, flappybird, gaming, hack, internet, nintendo, sethbling, snes, softmod, spinjump, supermarioworld, supernintendo, SuperNintendoEntertainmentSystem, twitch, video
All products recommended by Engadget are selected by our editorial team, independent of our parent company. Some of our stories include affiliate links. If you buy something through one of these links, we may earn an affiliate commission.