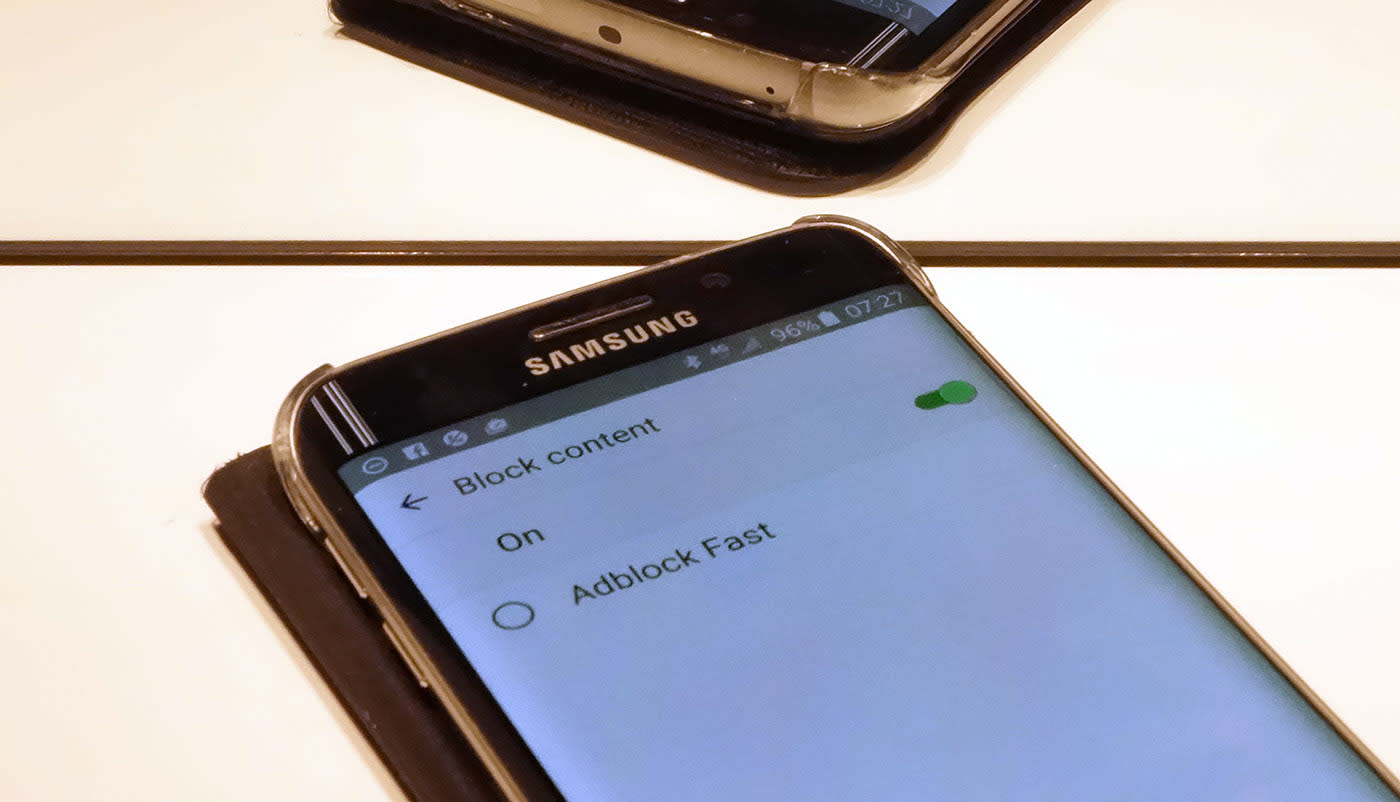 Owners of certain Samsung devices now have a new browser option: Samsung's very own "Internet" app. Wait, don't go! You may have given up on the app long ago, but version 4.0 has some pretty interesting features. All versions of Android on Samsung devices (not just Marshmallow) now get content blocking (aka ad-blocking), provided you have a dedicated third-party app installed. The other notable feature is "Secret" mode, which is like Chrome's Incognito or Firefox's private browsing settings. However, Samsung has added authentication and encryption to more fully protect your internet browsing history.

Samsung got off to a rocky start with ad-blocking for its Android browser. It initially launched it for devices on Marshmallow (Android 6.0), but Google quickly pulled the required partner app, Adblocker Plus. The search giant subsequently changed its mind, meaning there's now a variety of ad-blockers you can use with Samsung's browser.

For Secret mode, Samsung took privacy beyond what's offered by other browsers. It stores saved pages and bookmarks with the same encryption tech it uses for Knox and gives you the option to access it with fingerprint authentication. To use that feature, you'll need a recent Samsung device, like the Galaxy S6 and Galaxy S7 series, and the update is only supported on recent Samsung phones going back to the Galaxy S4 and Note 3, with Android 4.0 or later.

In this article: Ad-blocking, browser, Galaxys7, Galaxys7Edge, gear, internet, mobile, nintendo, SamsungInternet, SecretMode, smartphones
All products recommended by Engadget are selected by our editorial team, independent of our parent company. Some of our stories include affiliate links. If you buy something through one of these links, we may earn an affiliate commission.