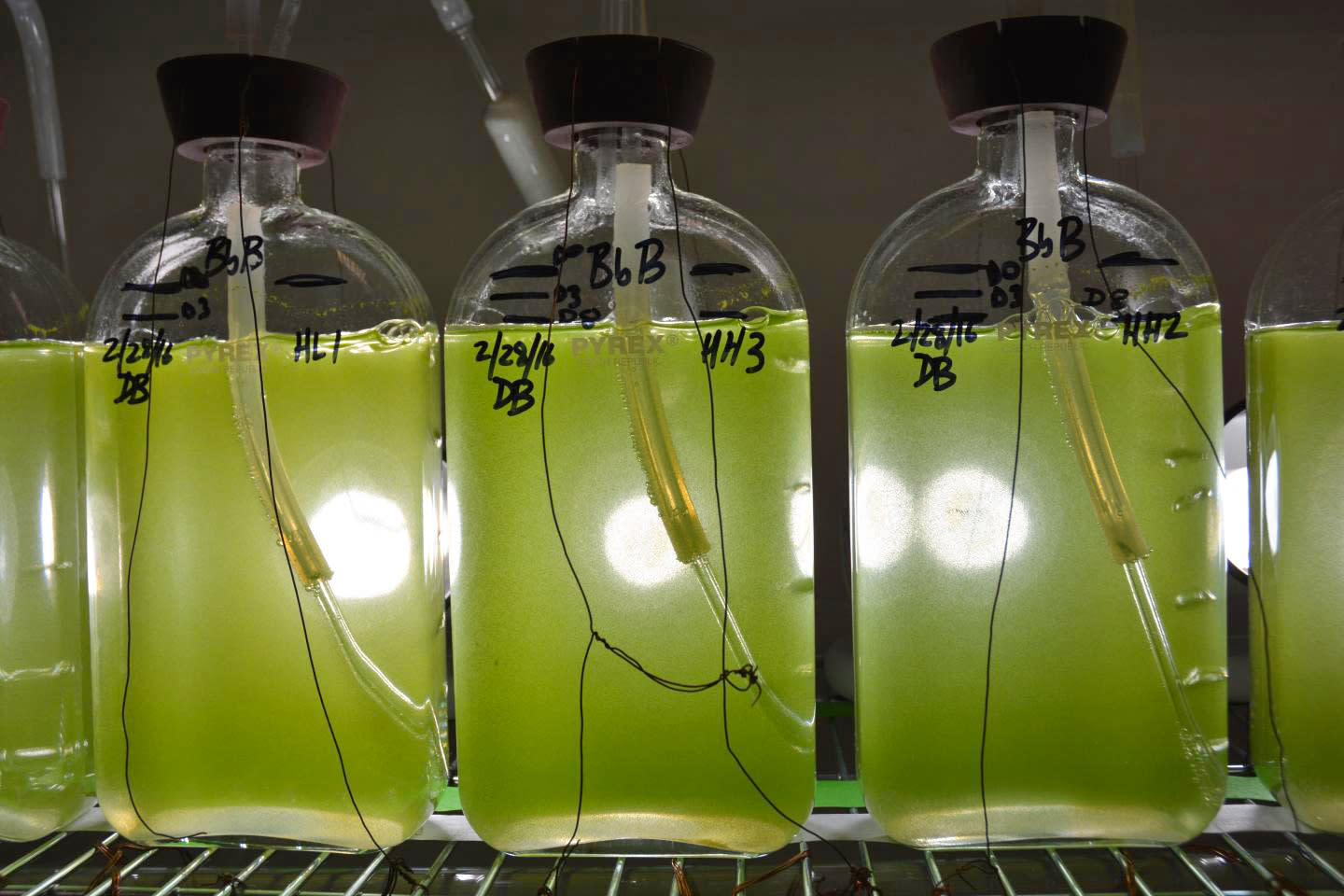 A common microscopic pond and lake alga named Botryococcus braunii makes big amounts of liquid hydrocarbons that can be used to make biofuel. Problem is, we can't use the organism itself as a source, because it grows very slowly. A group of scientists from Texas A&M AgriLife Research, however, is looking into what genes are responsible for producing its enzyme that initiates the production of oil. See, the group wants to replicate its ability to make big amounts of oil in other plants more suitable for mass production. And they think the key is to express the enzyme's associated genes in those other organisms, such as faster-growing algae.

"One of the issues with Botryococcus is that it grows very slowly. You just don't get a lot of biomass and on an economic scale that means it would not work to use this alga. It takes about a week for one Botryococcus cell to double into two cells, whereas a faster growing algae -- but one that doesn't make a lot of oil -- can double in about six hours. Maybe if we can transfer the genetic information to make these oils into quicker growing organisms like other algae that grow a lot quicker or a land plant that can produce large amounts of biomass, we can have them produce oil for us."

Of course, solar and wind energy are much cleaner sources of energy. But if scientists can find a way to activate the genes in other algae that can grow more quickly, then biofuel sources wouldn't have to take up land that could be used to plant food instead. Devaranne and his team still has to look more closely into the process, though -- they're still "a ways away from making a commercial product" at this point in time.

In this article: algae, biofuel, Botryococcusbraunii, enzyme, green, science, texasamagrilife
All products recommended by Engadget are selected by our editorial team, independent of our parent company. Some of our stories include affiliate links. If you buy something through one of these links, we may earn an affiliate commission.