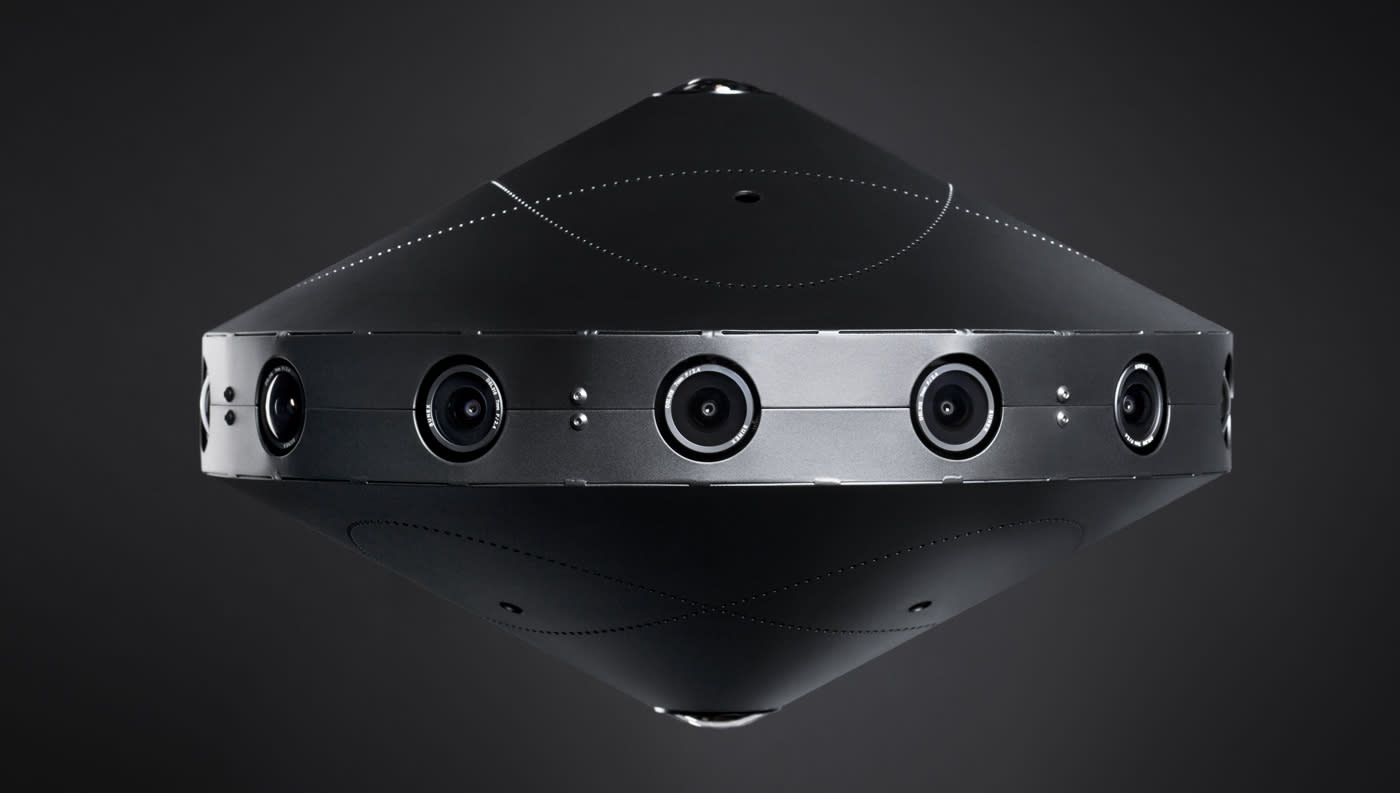 At its annual F8 developer conference, Facebook introduced its latest piece of hardware: the Facebook Surround 360 camera. The device will capture footage then render it online via web-based software created especially for it. Facebook won't be selling it; instead the designs for the array will be available on GitHub later this summer. The flying-saucer-shaped rig has 14 cameras around its edge, one fisheye camera pointing up and two cameras pointing down. Facebook says the camera produces "truly spherical video." And thanks to the amount of cameras on the rig, it captures the stereoscopic images needed for 3D.

The software will stitch together the video in 4K, 6K and 8K for each individual eye for stereoscopic playback. According to Brian Cabral, a director of engineering who headed the project, the stitching software will work on a family of rigs that are similar to the Surround 360.

While VR has been adopted by gamers and game developers, creating video footage has been difficult for the average person. Rigs like GoPro's Omni require users to buy multiple cameras in addition to the array hardware. Facebook's open-source system will keep videographers from having to buy expensive software, but they still have to buy those cameras and the materials needed to create the mount.

The destination for all of these videos is the Oculus Rift, which recently began shipping to customers. At the event CEO Mark Zuckerberg also played out the company's 10-year road map, which includes AR and VR elements.

Cabral said, "3D, 360-imagery is going to be a reality and sharing content with that will be a reality. It's not a whether, it's a when, and we're embarking on this awesome journey."

In this article: 360-degree, camera, cameras, facebook, gear, vr, wearables
All products recommended by Engadget are selected by our editorial team, independent of our parent company. Some of our stories include affiliate links. If you buy something through one of these links, we may earn an affiliate commission.