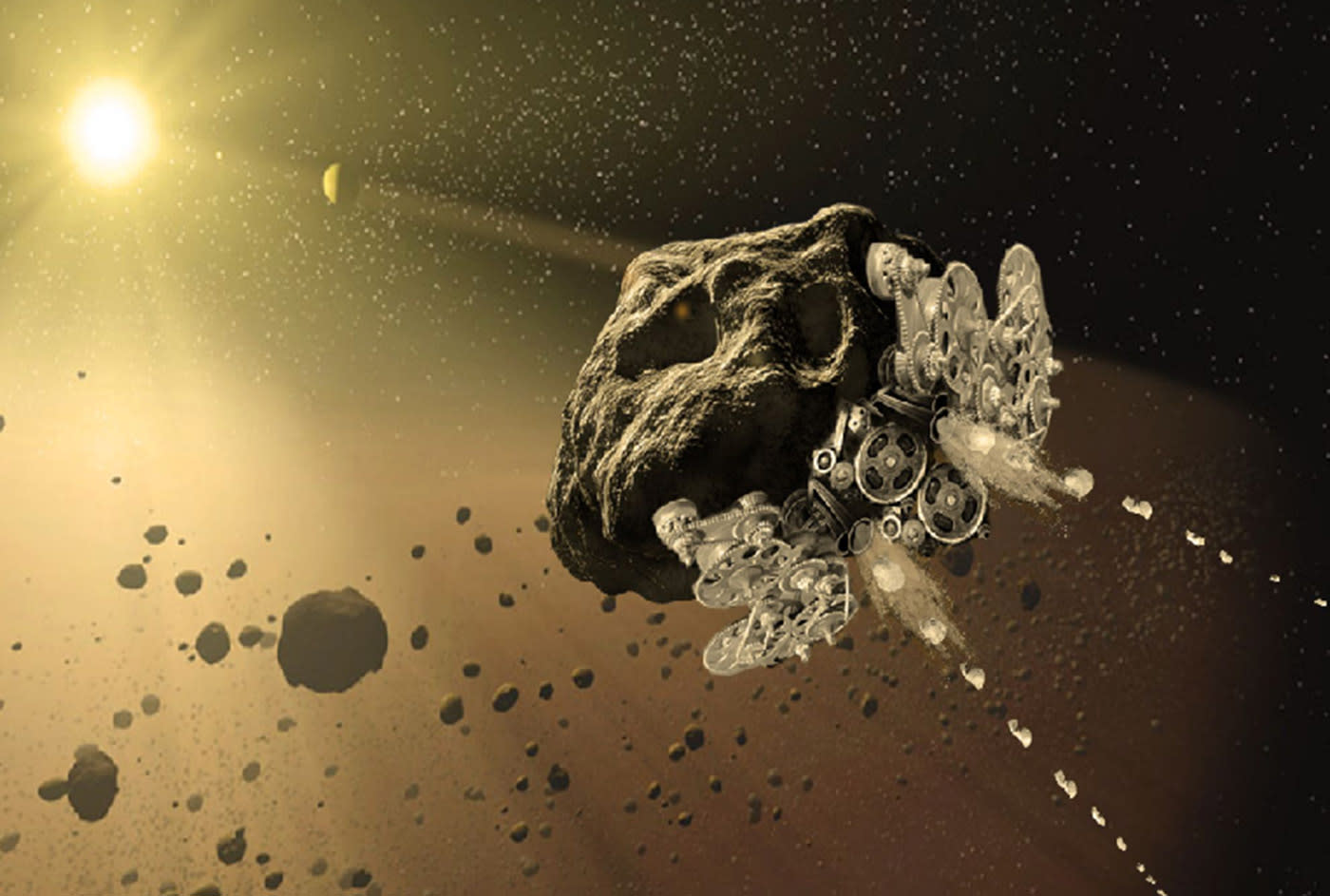 NASA's annual National Innovative Advanced Concepts (NIAC) program awards money to some of the craziest space projects you'll ever see, and this year is no different. The space agency has just announced the 13 concepts that made it through Phase I, and one of the most interesting entries plans to transform whole asteroids into spaceships. It's called Reconstituting Asteroids into Mechanical Automata or Project RAMA. The concept is the brainchild of Jason Dunn, co-founder of Made In Space, which developed the 3D printer that's aboard the ISS.

Dunn wants to send out analog computers and mechanisms to rendezvous with asteroids and turn them into autonomous spacecraft. They could then be used to get rid of objects that could collide with our planet, among other possible missions. Another project aims to create autonomous underwater drones that can dive to the center of icy moons through their volcanoes, just like in Jules Verne's classic. Yet another wants to use microbes to recycle old spacecraft parts to make new ones. There's also one that wants to send out a thin, kite-like spacecraft to clear out all the debris in Low Earth Orbit.

All these Phase I projects are getting a $100,000 grant from NASA to fund their feasibility studies for the next nine months. Those that can prove that their wild ideas aren't just sci-fi fodder could get $500,000 more to develop their concepts for the next two years. In 2015, NASA awarded seven projects with half a million, including one that plans to send solar-powered robots to work on the surface of the moon. The agency invests money in these seemingly unattainable concepts to "push boundaries and explore new approaches" for the future of space exploration.

In this article: asteroid, concepts, nasa, nationalinnovativeadvanceconcepts, niac, research, science, space, spacecraft
All products recommended by Engadget are selected by our editorial team, independent of our parent company. Some of our stories include affiliate links. If you buy something through one of these links, we may earn an affiliate commission.