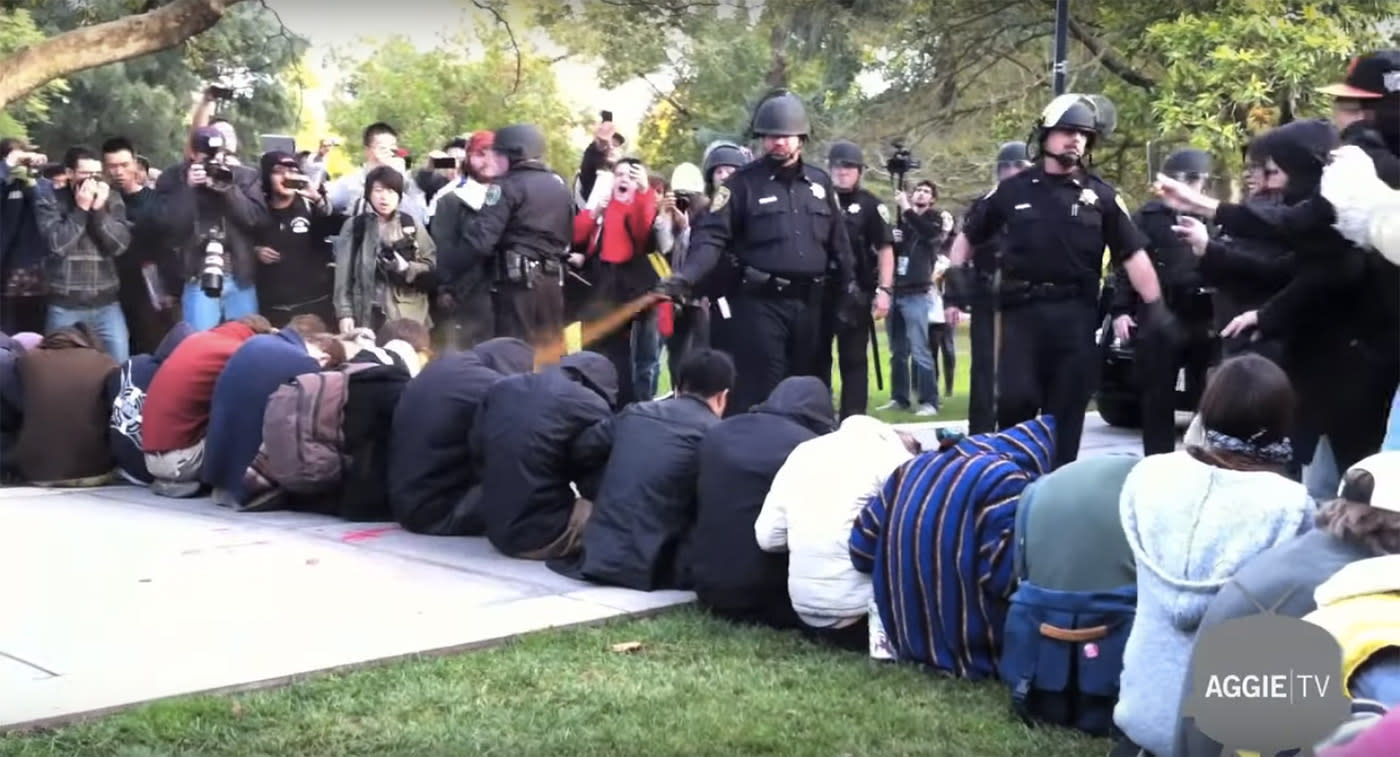 When you try to suppress or scrub information that's already out there, it tends to have the opposite effect. Barbra Streisand and Beyonce learned that the hard way, and now you can add the University of California, Davis to that list. According to the Sacramento Bee, UC Davis spent at least $175,000 in an effort to remove references of the 2011 pepper spray incident from the internet. The Bee got its hands on documents showing the university's contract with one of the PR companies it hired to combat all the negative writeups against it.

The first PR firm UC Davis contracted in 2013 was a Maryland company called Nevins & Associates. Its proposal promised "eradication of references to the pepper spray incident in search results on Google for the university and the Chancellor." The school also availed the services of Sacramento-based ID Media Partners in 2014, which aimed to "achieve a reasonable balance of positive natural search results on common terms concerning UC Davis and Chancellor Katehi." A simple Google search can tell you that neither company was successful in eradicating references to the infamous event.

The pepper spray incident happened in November 2011 when a number of students decided to hold an Occupy movement demonstration on campus. All the videos that circulated show that it was a peaceful rally, when a police officer suddenly pepper sprayed a line of participants who were merely seated on the ground and who didn't fight back.

UC Davis spokeswoman Dana Topousis revealed that the payments for those PR firms came from the budget of the university's communications department. She also told the Bee that they worked to ensure that the university is "fairly portrayed." Doug Elmets, a public affairs consultant in Sacramento told the publication, though, that this is just "one more example of how out of touch the leadership at UC Davis is when it comes to their public perspective."

In this article: culture, internet, lindakatehi, streisandeffect, ucdavis, ucdavispepperspray
All products recommended by Engadget are selected by our editorial team, independent of our parent company. Some of our stories include affiliate links. If you buy something through one of these links, we may earn an affiliate commission.