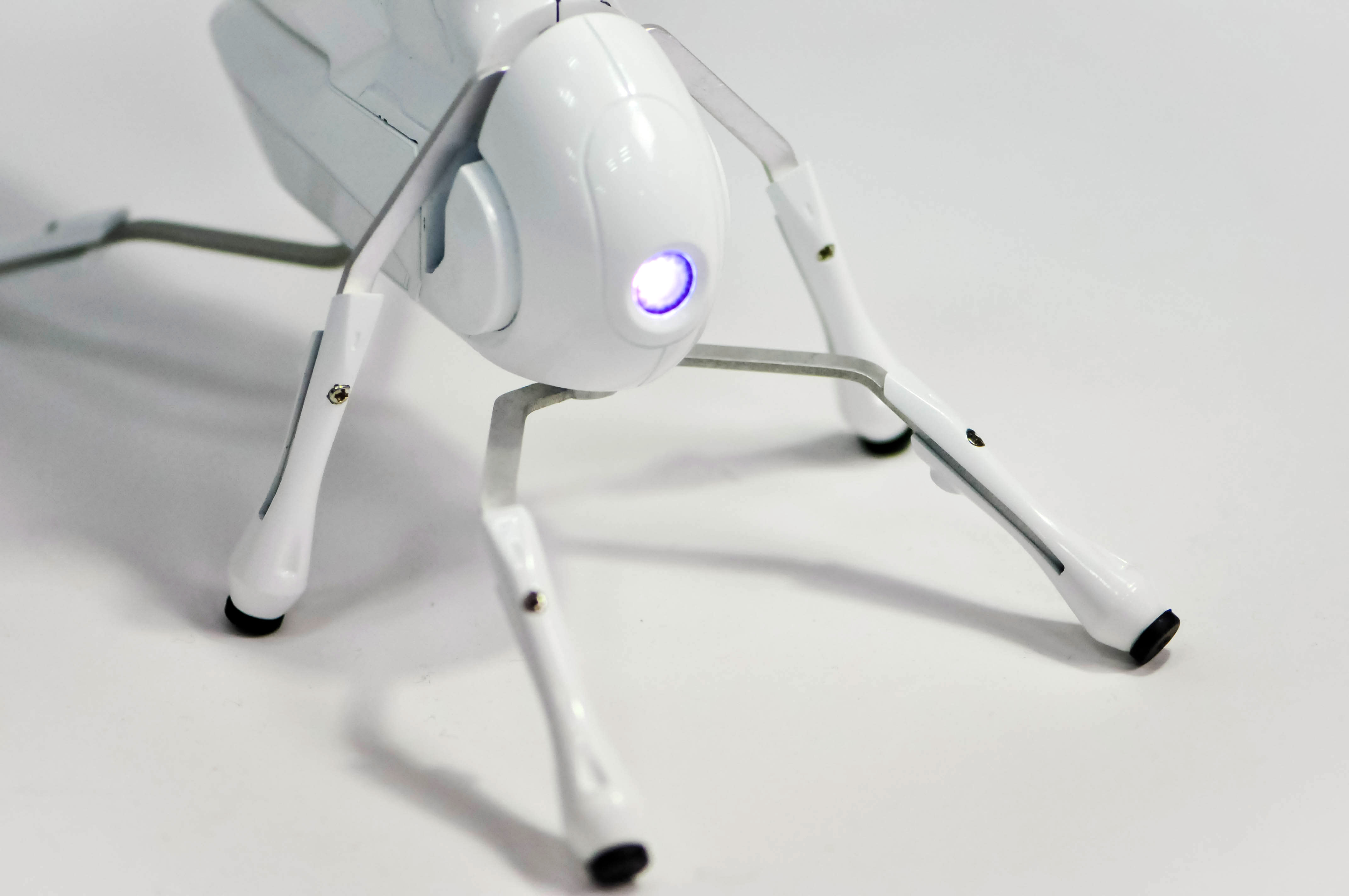 Interested in building and programming your own robot? You might want to give Antbo a try. Billed as the "insect robot designed for anyone with an inquisitive mind," it's a programmable entry-level kit for beginners or anyone with a casual interest in robotics.

DFRobot's Antbo is geared toward children and teenagers, meant to impart coding and robotics knowledge. The ant-like bot can navigate mazes and even fight with other Antbo units.

Antbo can be programmed using Scratch, Arduino IDE, and DFRobot's visual programming app WhenDo. Scratch is a great gateway drug to more advanced coding, while Arduino's wide usage and support is great for programming newcomers to get accustomed to.

Antbo is unique in that it possesses impressive learning qualities that allow it to analyze its surroundings, interact with other Antbo devices and more. Its thirty "neurons" make it capable of learning, similar to real living things. It can also learn and mimic emotional responses to stimuli. For instance, it might tremble if frightened by something, or respond by looking back and forth to signify it's feeling inquisitive.

The hope is that kids will be attracted to Antbo's lighthearted design and simple assembly. But, expansion and additional programming is encouraged, which should keep them engaged and tinkering for a long time.

This diminutive insectoid is now live on Indiegogo, and you can go ahead and secure a pre-order for just $59. Units are expected to ship this November. Buy a couple Antbo units and you can make them fight each other, or simply fetch snacks.

In this article: antbo, arduino, education, indiegogo, robots, scratch
All products recommended by Engadget are selected by our editorial team, independent of our parent company. Some of our stories include affiliate links. If you buy something through one of these links, we may earn an affiliate commission.
Share
Tweet
Share