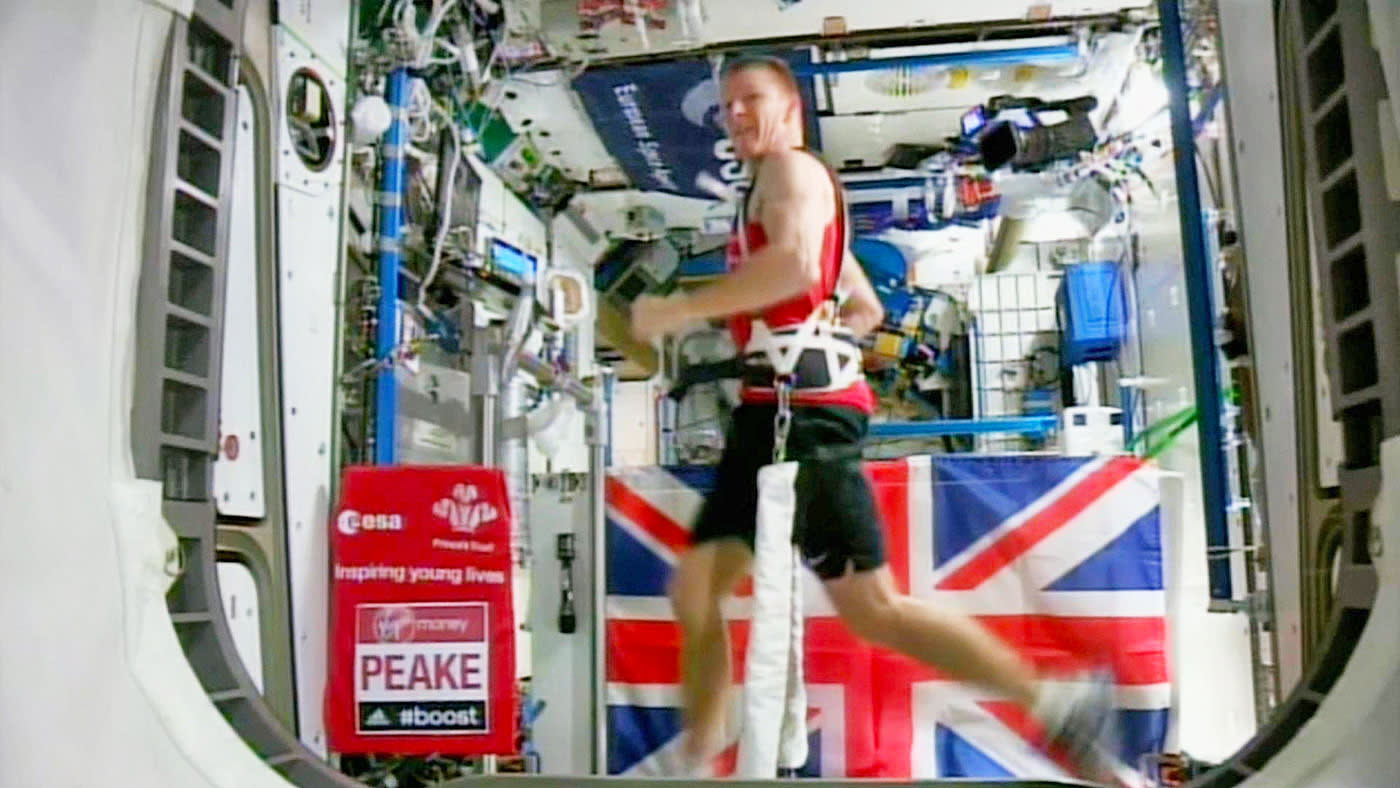 British astronaut Tim Peake hasn't been shy about his plans to complete a marathon while aboard the International Space Station, and he's clearly a man of his word. The explorer became the first man to finish a marathon in space on April 24th by running the 26.2 miles of the London Marathon on a treadmill aboard the spacecraft, in sync with the race down on Earth. Of course, he had to fudge things a bit to replicate the experience -- he used an iPad to show London's roads as he ran, and he had to be strapped in to keep running in the microgravity environment.

Peake didn't set any speed records. He finished in 3 hours and 35 minutes, which was well behind winner Eliud Kipchoge's 2 hours and 3 minutes. The time also trailed behind the 3 hours, 18 minutes that Peake set as a personal best while on terra firma. Mind you, the astronaut probably isn't about to complain. Whatever setbacks he encountered running on the ISS are peanuts compared to a historic achievement like this, especially when it proves that you can endure grueling physical tests in space.

Update: Peake is the first man to run a marathon in space, but not the first person as we previously reported. That distinction goes to Sunita Williams, who did it in 2007. We apologize for the error.

In this article: exercise, fitness, internationalspacestation, londonmarathon, marathon, science, space, timpeake
All products recommended by Engadget are selected by our editorial team, independent of our parent company. Some of our stories include affiliate links. If you buy something through one of these links, we may earn an affiliate commission.