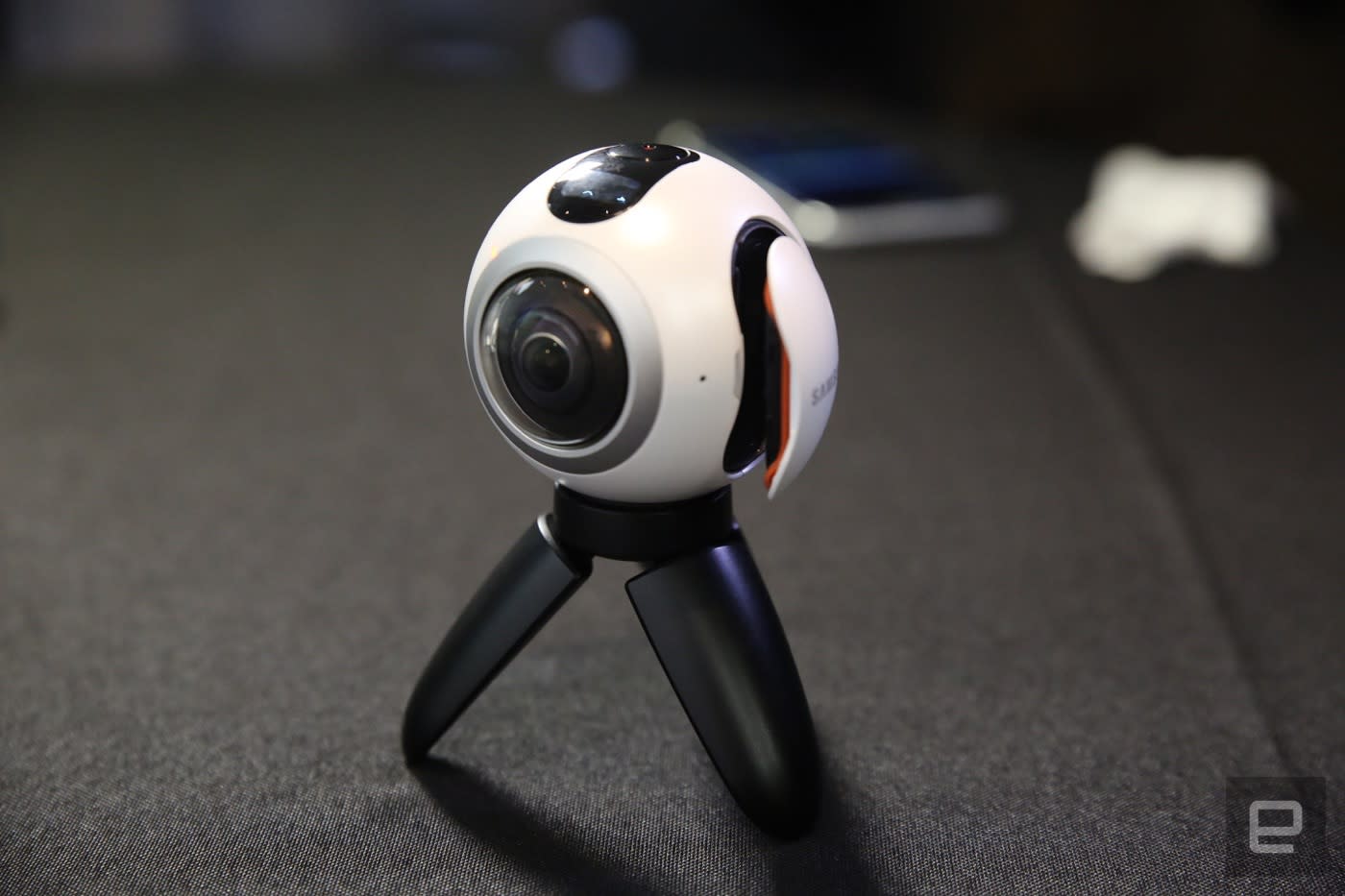 Samsung unveiled its 360-degree camera, aptly called the Gear 360, earlier this year at Mobile World Congress in Barcelona. Today, the company announced its ship date. The tiny ball-shaped camera will be available for purchase on April 29th this year. As a reminder, the Gear 360 packs in two F/2.0 fish-eye lenses, with a 15-megapixel sensor on each. It'll capture 3,840 x 1,920 video at 30 frames per second and still images at a rather large 7,776 x 3,888 resolution (that's 30 megapixels). It doesn't have on-board storage, but there is a microSD card slot that can accommodate up to 128GB of storage.

The Gear 360 is just the latest in Samsung's VR efforts. Its Gear VR headset has been very popular and the company gave a hint at its developer's conference that a standalone headset (usable without a phone) is also in the works. "VR is amazing, but the industry is still in infancy," said Injong Rhee, Samsung's executive VP for Research and Development, adding that the camera is for consumers in addition to professionals. "We're enabling more people to create more VR content."

Update: We've learned that the Gear 360 will be available only to select regions, including Korea, where it'll be available for 399,000 won (that's around $347 USD). US pricing and availability is still to be determined.

In this article: 360degreecamera, cameras, gadgetry, gadgets, gear, gear360, gearvr, personal computing, personalcomputing, samsung, samsunggearvr, virtualreality
All products recommended by Engadget are selected by our editorial team, independent of our parent company. Some of our stories include affiliate links. If you buy something through one of these links, we may earn an affiliate commission.