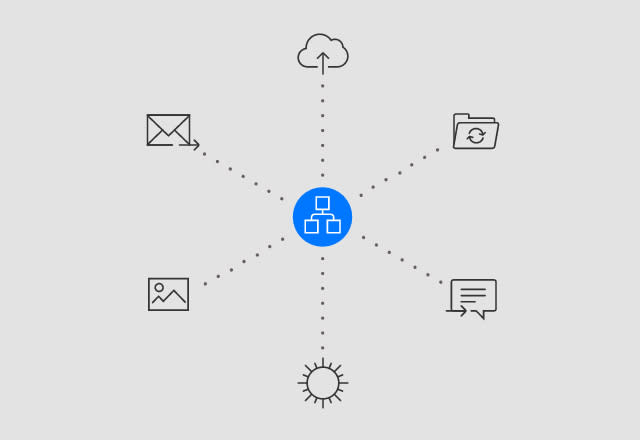 Microsoft is about to release its take on the automation service IFTTT called Flow, according to a blog post published and removed by the company. (Update: the service is now live!)

Flow connects to over 35 services, with more integrations planned. These include Microsoft products like Office 365 and OneDrive; third-party platforms such as Twitter, Dropbox, MailChimp, Google Drive, Slack and Trello; and developer-focused options like Github and SQL. Just like IFTTT, you'll be able to create workflows across multiple services. Examples include adding a card in Trello if your boss emails you with "to do" in the subject line, sending a text alert if a Dropbox file is modified, or saving all of a user's tweets to OneDrive.

Some of this functionality has been available as part of a private preview for Microsoft's Azure business customers, but Flow appears to be a more user-friendly take on the concept. It's aimed squarely at businesses, schools and other large institutions, but there's no reason that it couldn't be useful to individuals, especially if you're the sort of person that organizes your life through Trello.

It's not clear exactly when Flow will be ready. Twitter user @h0x0d first discovered the service (as spotted by The Verge) along with the blog post, but it was swiftly removed. The article itself had a typo and didn't appear finished, so it seems that it was posted before it was ready. Ironically, one of the workflows mentioned in the post intended to ensure "that all of the posts [about Flow] were reviewed and approved." It appears that particular Flow failed. We've reached out to Microsoft for more information on Flow, and will update you once we have more details.

In this article: automation, flow, gear, ifttt, internet, microsoft, services
All products recommended by Engadget are selected by our editorial team, independent of our parent company. Some of our stories include affiliate links. If you buy something through one of these links, we may earn an affiliate commission.