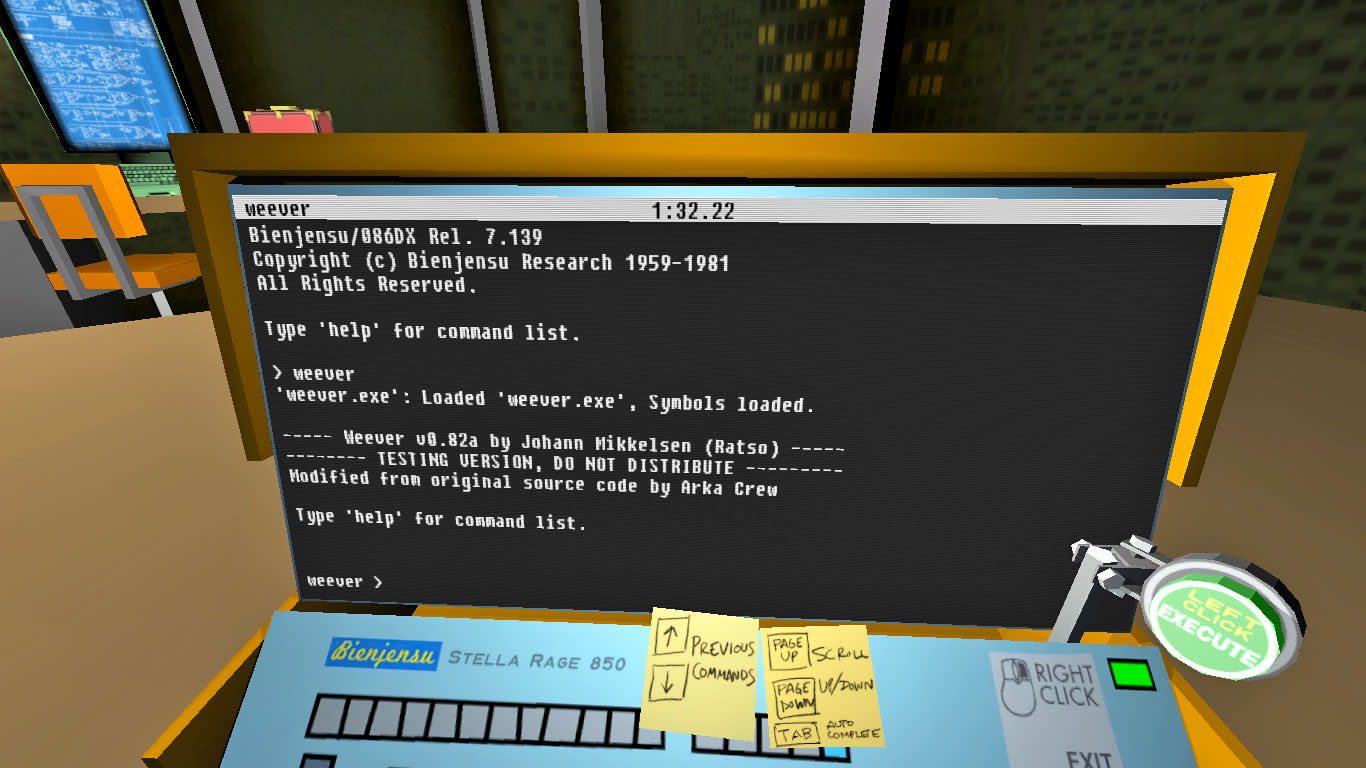 The curious case of 'Quadrilateral Cowboy'

Game developer Brendon Chung is an easygoing guy when it comes to the creative process. He doesn't make elaborate plans regarding the scope of his projects; instead he goes wherever the flow takes him. It's been working out for him: His completed games -- namely, Gravity Bone and Thirty Flights of Loving -- are quirky experiences heralded for their punchy, emotive narratives, and they each took about six months to complete. Chung assumed his latest game, Quadrilateral Cowboy, would take roughly the same amount of time.

"This game has been six months away from completion for about three years now," Chung says.

He's been working on Quadrilateral Cowboy for years, but it's finally, actually going to hit PC, Mac and Linux later in 2016. Chung is in the final stages of fixing bugs, tweaking features based on feedback from playtesters and setting up Steam integration. It's his biggest project to date.

"This is going to sound kind of artsy-fartsy, but I get this feeling sometimes when I start writing, that it's not me anymore," Chung says. "The piece that you're writing just starts to kind of steer itself, in a way. The game did that to me." Eager fans have been messaging Chung, asking when Quadrilateral Cowboy will finally be done or wondering if it's dead. There's demand for this game, and not just because Chung has a history of developing rich narrative experiences. He took Quadrilateral Cowboy on a whirlwind press and demo tour in 2013, earning the IndieCade Grand Jury Award, an honorable mention in the IGF Excellence in Narrative category, a spot at the prestigious E3 Horizon conference and a ton of attention from the media.

A lot of the buzz stemmed from Quadrilateral Cowboy's unique gameplay mechanic: coding. It's set in the clunky cyberpunk world of 1980s computer hacking, and players complete missions using a "top-of-the-line" rig with a 56.6k modem and a "staggering" 256K RAM. You'll solve puzzles by lugging the portable hacking deck to various locations and typing in lines of code to switch off alarm systems, open doors, deactivate lasers and generally sneak around collecting sensitive intel for clients. It's a mixture of a puzzle game and a quick-and-dirty programming lesson, set in a blocky, retro-tech world.

During Quadrilateral Cowboy's Great 2013 Press Tour, Chung really thought he would finish the game within six months. With a supposed launch imminent, he wanted to drum up excitement and ensure he had some sort of marketing presence -- aspects of game development that Chung underestimated when he first entered the industry.

Chung was spending nearly half of his time handling media requests and making sure people knew Quadrilateral Cowboy existed, which made it difficult to actually finish the game. Eventually, he took a break from marketing and went heads-down on development. That's when he realized it was a much larger project than he'd anticipated.

"The way I work is very organically, I guess is the nice way to put it," Chung says. "I don't really plan out what I want to do. I'll just make something and put it on the screen and see how it makes me feel, see how it plays, see how it feels."

Quadrilateral Cowboy felt big. As he worked, hype around the game crescendoed and then fell to a low hum. Suddenly, three years passed and Chung found himself answering inquiries about the game's death from fans. (The first question in the game's FAQs tries to head off those emails and tweets: "Is Quadrilateral Cowboy still being worked on?" Answer: "Yup!") Aside from growing in size, the game hasn't changed too much from what Chung showed off in 2013. But, that year, his working situation shifted in a big way: He used to program at home, in his living room, but his personal and professional worlds started to bleed together in unhealthy ways.

"After a few years of doing that, it kind of started to -- ah, what's the word? -- it started to destroy me," Chung says. "It was all jumbled up in this big spaghetti pile. I just couldn't turn it off. Work was always available and thus I was always working."

A handful of his developer friends in Los Angeles found themselves in similar situations, so they pooled their resources and rented out a space in Culver City that they called Glitch City. It's now a hub of independent development and collaboration, churning out games like Hyper Light Drifter, Donut County, Last Life and, of course, Quadrilateral Cowboy.

"It pulled me out of that hole that I was falling into and now I have these very clear lines between work and not work," Chung says.

With an actual release approaching in 2016, Chung will probably try to get the Quadrilateral Cowboy hype train rolling again in the coming months. He built up buzz once, but that doesn't mean he'll be able to do it again.

Chung has a clear picture of his audience, at least. He knows some people are intimidated by a game that asks them to code, but he's confident that anyone can pick up Quadrilateral Cowboy and have a great time with it. Really, anyone.

"My favorite thing at these shows is when kids come up to play it -- like 10, 11, 12 years old," he says. "They don't have these preconceived notions that programming is this thing for geniuses or brilliant people....They'll just sit at the keyboard, they'll start banging on it, and they get it. They pick it up because they don't have all this baggage about what programming is. It's amazing. That's what I want."

All products recommended by Engadget are selected by our editorial team, independent of our parent company. Some of our stories include affiliate links. If you buy something through one of these links, we may earn an affiliate commission. All prices are correct at the time of publishing.
View All Comments
The curious case of 'Quadrilateral Cowboy'