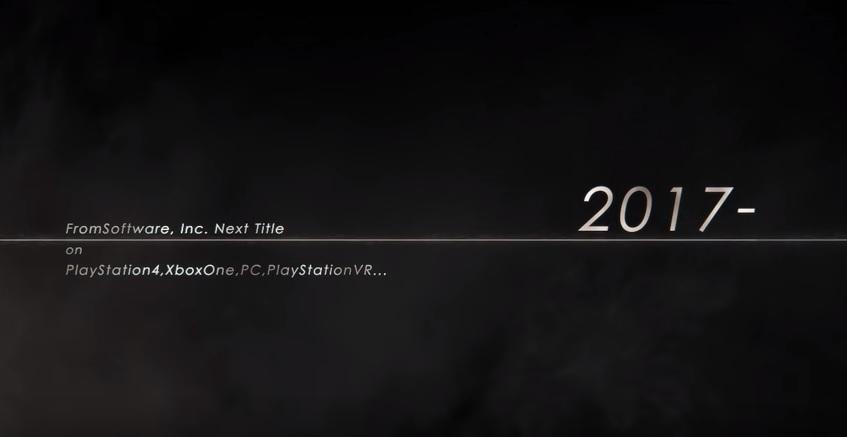 From Software has made it very clear that Dark Souls is over, so that means it's time to look forward to a new franchise. This could very well include a new IP to be released on the upcoming PlayStation VR.

The studio's lineup reel has allegedly surfaced on Reddit, featuring all of the company's releases to date from Armored Core in 1997 to March's Dark Souls 3. After that, however, there's an entry for 2017 that reads "FromSoftware, Inc. Next Title on PlayStation 4, Xbox One, PC, PlayStation VR..." and the video ends there. Given Dark Souls 3 director Hidetaka Miyazaki has already confirmed the studio is working on a new IP, this could very well be that same one.

There are no further details as to what the new IP might cover, but Miyazaki's previous comments to GameSpot indicate that it could feature "sci-fi themes."

The video itself is unlisted and has garnered about 55,000 views following its Reddit posting. It's possible we could hear something official about the upcoming release as E3 draws nearer, especially with the ending of Dark Souls still fresh in our minds.

In this article: av, DarkSouls, From-Software, gaming
All products recommended by Engadget are selected by our editorial team, independent of our parent company. Some of our stories include affiliate links. If you buy something through one of these links, we may earn an affiliate commission.