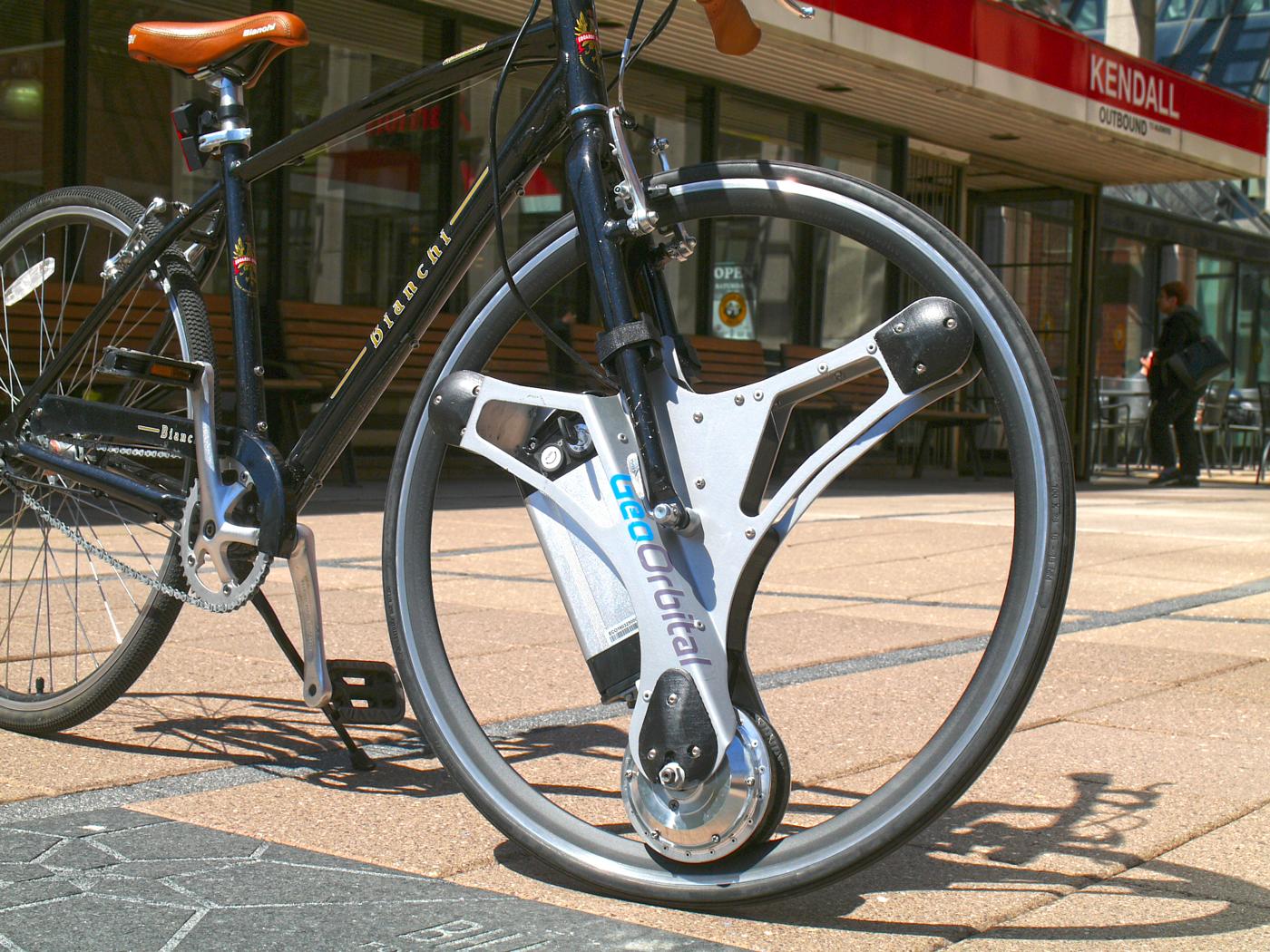 Electric bikes have been around for decades but haven't broken out of their niche audience. Instead of building a bicycle around electric power, GeoOrbital is a universal wheel you can swap into your existing bike to power your ride.

GeoOrbital's creators had previously worked at SpaceX and Ford, companies that know a thing or two about renovating traditional transportation. The device replaces the front wheel in bikes with 26-inch or 700c (28-inch/29-inch) size tires; either way, its proprietary foam wheel won't get a flat when punctured. Additionally, its lithium-ion battery boosts your bike up to 20mph for up to 50 miles, has a USB port to charge your devices while you ride, and recharges as you pedal, brake, or coast downhill.

All this powered assistance comes with a tradeoff: added weight. Whereas traditional tires weigh three to six pounds, GeoOrbital is 11 to 17 pounds depending on the model. While the early-bird specials are already sold out, you can still pick up one for $650 on the company's Kickstarter campaign, with units expected to ship in November.

In this article: bicycle, bike, biking, crowdfunding, electricbike, gear, GeoOrbital, kickstarter, PedalAssist, timeline16letricride, transportation, video
All products recommended by Engadget are selected by our editorial team, independent of our parent company. Some of our stories include affiliate links. If you buy something through one of these links, we may earn an affiliate commission.