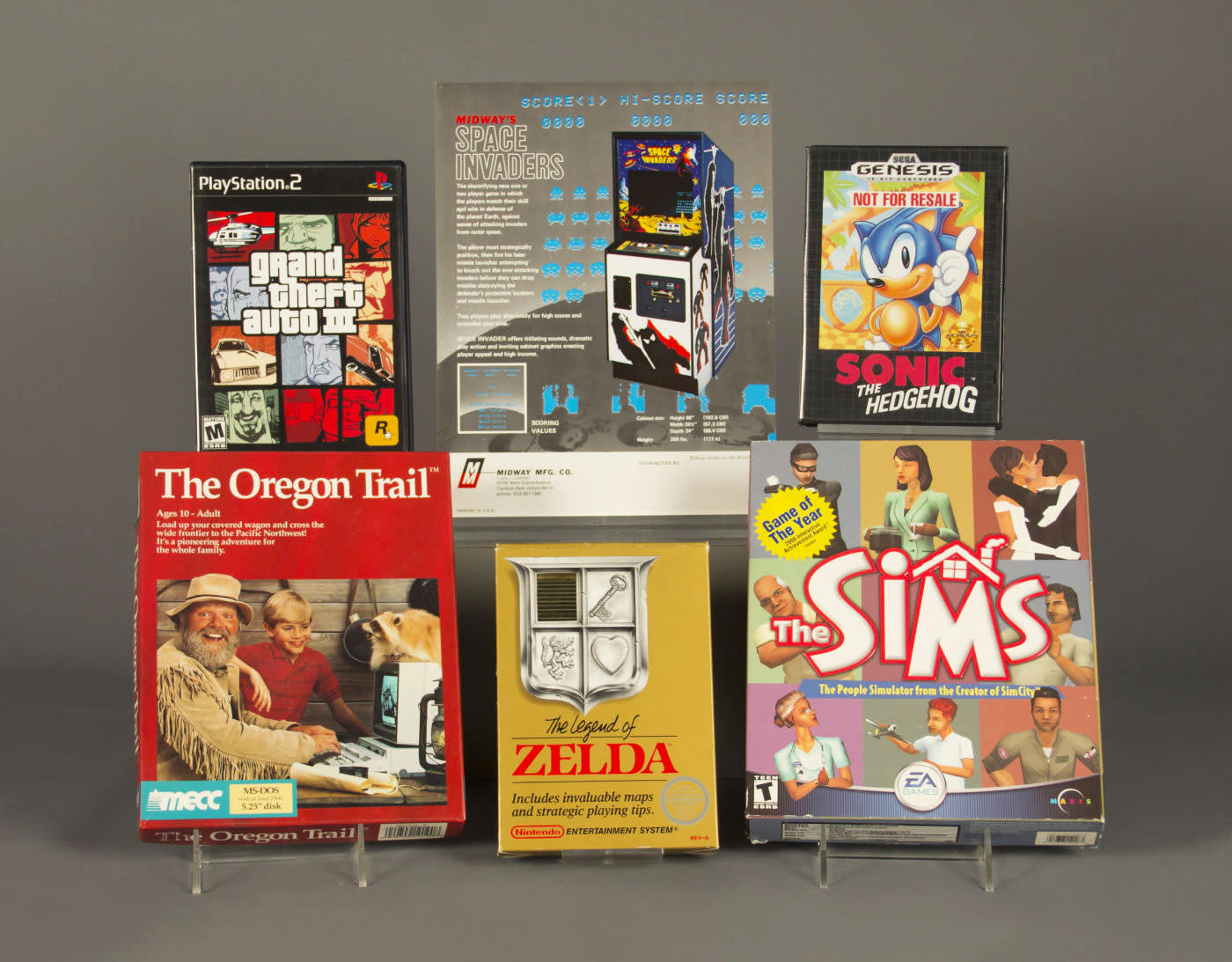 After getting snubbed in the inaugural class of World Video Game Hall of Fame inductees, 25-year-old Sonic the Hedgehog is finally getting the recognition it deserves. Along with Grand Theft Auto III, The Legend of Zelda, The Oregon Trail, The Sims, and Space Invaders, Sega's 1991 release is on the list of 2016 hall of famers at the National Museum of Play.

Narrowed down from a field of 15 finalists, this year's winners come from multiple decades and platforms, but all get the nod for their significant contributions to "the video game industry, popular culture, and society in general." Sonic and Zelda are ingrained in popular culture with their countless sequels and spin-offs, but GTA III was groundbreaking for its 3D, sandbox-style open world. Likewise, The Sims' "virtual dollhouse" proved games didn't need a concrete plot to achieve universal appeal. On the older end of the spectrum, Space Invaders was a runaway success that introduced the "high score" box, and at 45-years-old The Oregon Trail has undoubtedly taught generations of American children to fear dying of dysentery.

The 2016 nominees that didn't make the cut this year include: Elite, Final Fantasy, John Madden Football, Minecraft, Nürburgring, Pokémon Red and Green, Sid Meier's Civilization, Street Fighter II, and Tomb Raider. While anyone can nominate their favorite title, the museum notes that final selections are made by a panel of "journalists, scholars, and other individuals familiar with the history of video games and their role in society." There's always next year, Lara Croft.

In this article: art, av, culture, design, gaming, GrandTheftAutoIii, LegendOfZelda, nintendo, OregonTrail, sega, SonicTheHedgehog, SpaceInvaders, thesims
All products recommended by Engadget are selected by our editorial team, independent of our parent company. Some of our stories include affiliate links. If you buy something through one of these links, we may earn an affiliate commission.