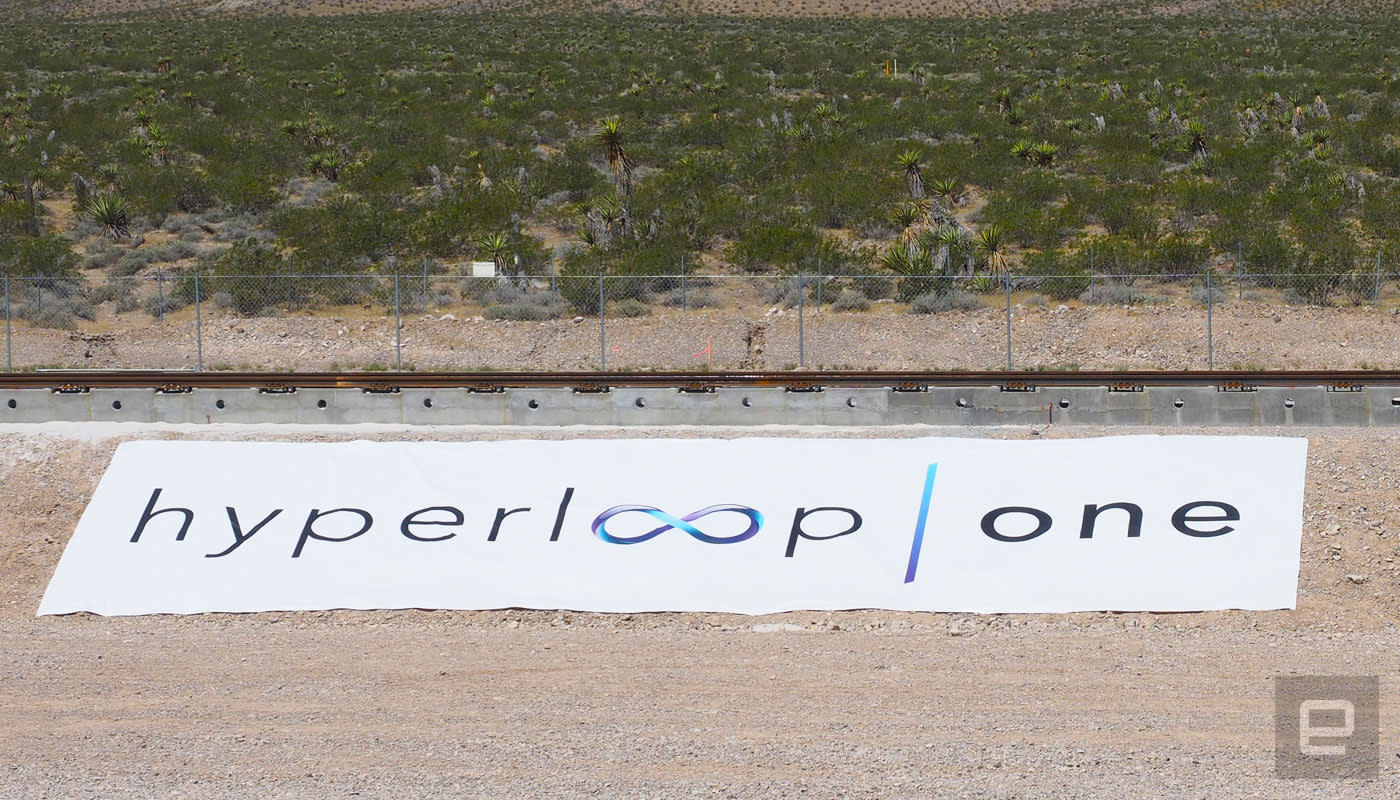 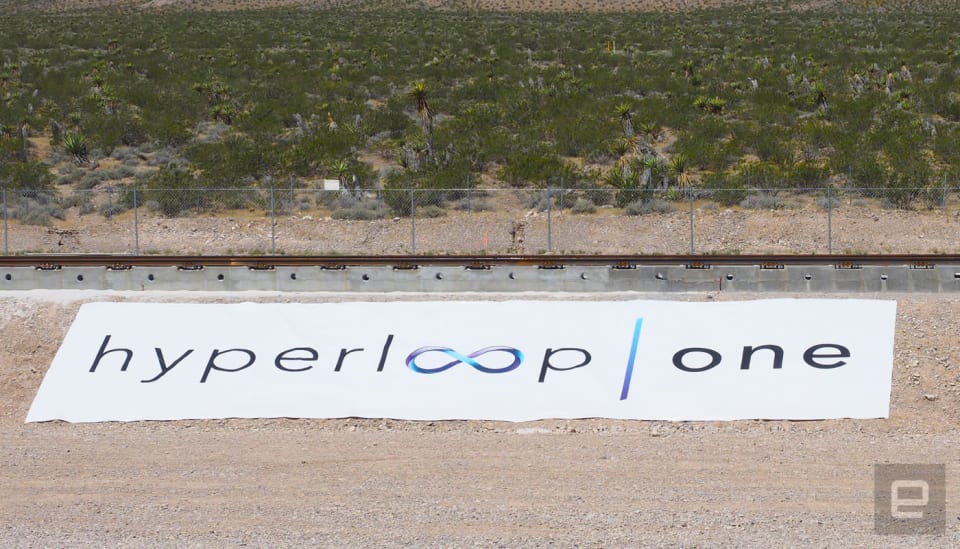 North of Las Vegas in the Nevada desert, Hyperloop One is taking a gamble. Specifically, a gamble that flew along a test track and ended in a spray of sand and applause. The company has been working on creating a propulsion system and pods based on a mass-transportation white paper by Tesla CEO Elon Musk. Today it tested one of those systems, with co-founder Shervin Peshvar calling it the company's "Kitty Hawk preview."

The sled accelerated with a force of approximately 2.5 Gs before ending its short run in a sand pit. The next public test should be less dusty. CTO Brogan BamBrogan said that Hyperloop One is hoping to have a quarter-mile full-scale track within a series of tubes by the end of 2016.

Today's test focused strictly on the propulsion system. Hyperloop's senior vice president of engineering, Josh Giegel, compared the relationship between the sled's motor and track to two magnets repelling one another. As the 1,500 pound luge took off from the beginning of the track, a series of magnets (called stators) were switched on to push the luge faster and faster, accelerating it from zero to 60 in 1.1 seconds with the ability to get up to 400 miles per hour.

What didn't happen today was a test of the levitation system. Giegel said that Hyperloop One is currently assessing a passive levitation solution at its Los Angeles office. Further tests involving both systems will happen later this year.

While today's test was indeed impressive, the finished product is expected to hit over 700 miles per hour.

In this article: ElonMusk, gadgetry, gadgets, gear, hyperloop, HyperloopOne, science, transportation
All products recommended by Engadget are selected by our editorial team, independent of our parent company. Some of our stories include affiliate links. If you buy something through one of these links, we may earn an affiliate commission.