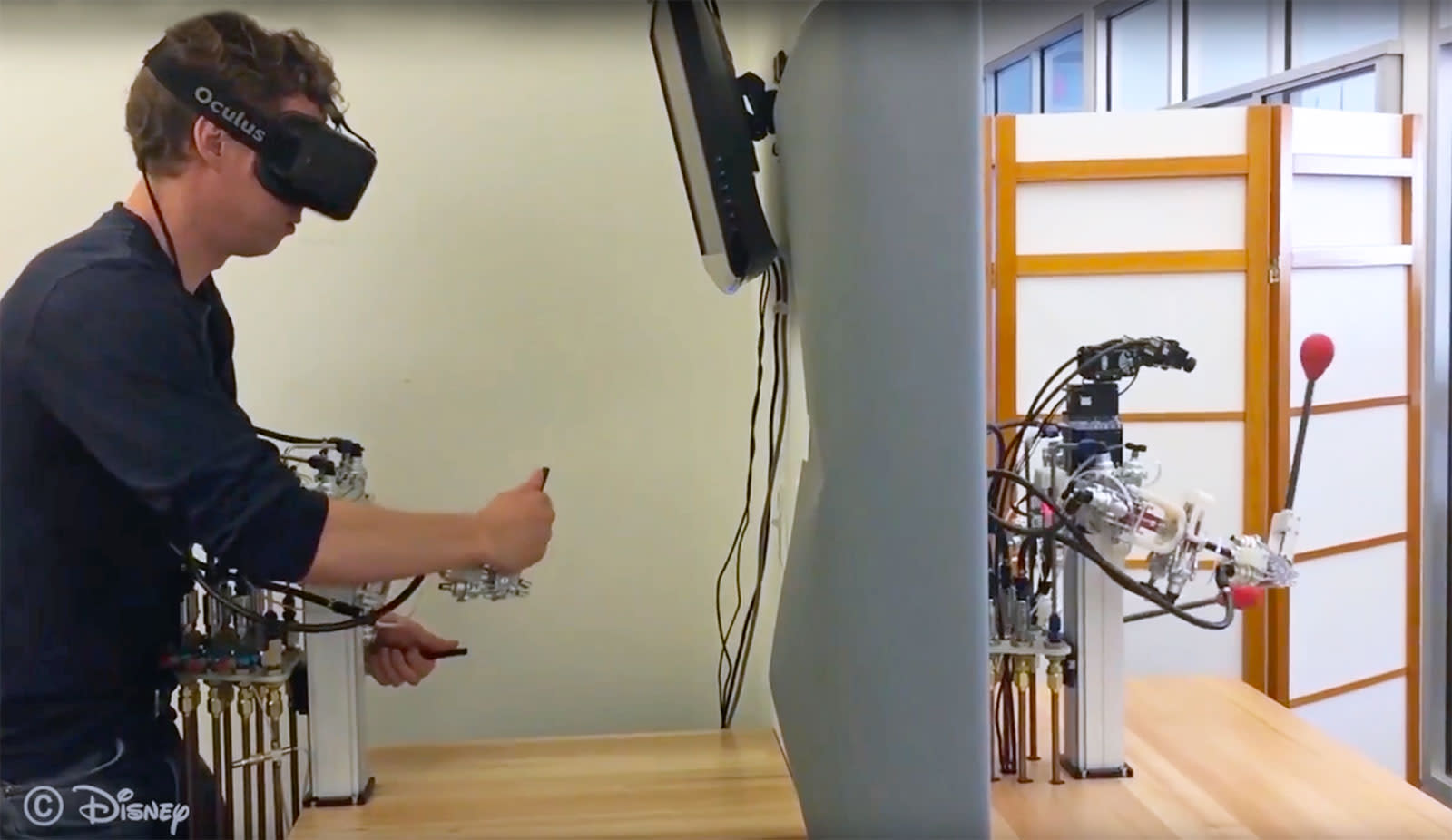 Imagine walking into a Disney theme park and being greeted by Mike from Monsters Inc. A life-size Mike, perfectly spherically-proportioned on those spindly legs. Fitting a human into a costume like that is impossible. That's why Disney Research is building a new kind of haptic-feedback remote control system which will allow us to control robots as easily as we move ourselves.

The "Hybrid Hydrostatic Transmission" system uses both fluid- and air-filled lines to control the movements of a telepresence robot. By combining the stiffness of fluid lines with the springiness and responsiveness of air-filled lines, the robot is able to move in a lifelike manner while providing constant, high-quality haptic feedback. That way, the operator doesn't go karate-chopping through every surface he touches.

"We have developed new rotary actuators using rolling-diaphragm cylinders which provide high torque density," the Disney Research team wrote, "and allow the creation of a new high-performance 10-DOF humanoid robot." While these new actuators are a bit bigger and heavier than conventional valve-based hydraulic systems, they do offer very low impedance. This means that the even bigger and heavier motor doesn't need to be mounted on the limb it's powering, which in turn reduces the amount of power needed to move it.

As you can see in the video above, the prototype has a pair of arms, each with four degrees of freedom, and a pair of electronic, Kinect eyes that provide a live video feed to a VR headset worn by the remote operator. The robot itself is designed specifically as a testbed for the haptic feedback system so don't expect to see armies of remote-controlled Ewoks rolling through Disneyland in the immediate future. But soon, soon.

In this article: disney, Disneyland, DisneyResearch, Ewok, gear, haptic, HapticFeedback, Head-mounted display, robots
All products recommended by Engadget are selected by our editorial team, independent of our parent company. Some of our stories include affiliate links. If you buy something through one of these links, we may earn an affiliate commission.