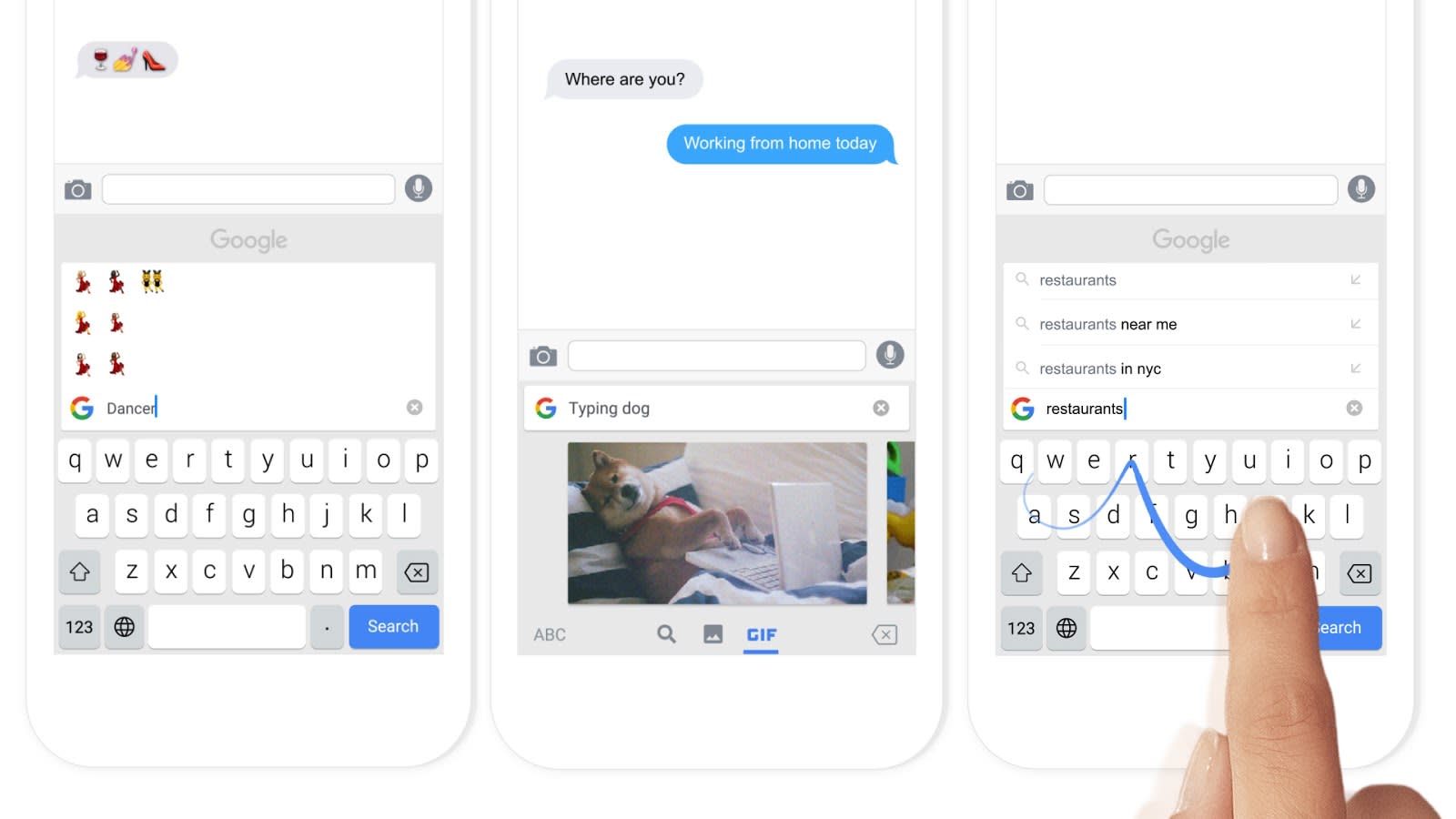 Although Google has plenty of iOS apps, switching between them to share directions or perform a web search can be time-consuming. The company knows that the iPhone keyboard is where you spend a lot of your time, so it's decided to launch fresh take on Apple's default option. It's called Gboard and it can search the web, embed GIFs, locate the perfect emoji and grab weather reports. It will also help send restaurant information, flight times and news articles to friends and family. "Anything you'd search on Google, you can search with Gboard," says Rajan Patel, Principal Engineer at Google.

Let's talk more about that emoji picker. Apple's standard keyboard lists hundreds of tiny images, but locating the fire emoji can prove frustrating unless you know which section it resides in (it's in Animals & Nature, by the way). Simply search for the keyword that best describes it and Gboard should instantly find it. Another really useful feature is the ability to pull up a Google search from the big "G" button positioned on the top left corner of the keyboard. Hit the button, search for whatever you want to send and attach it as a card without having to leave your conversation.

While swipeable keyboards have been available on iOS for some time now, Gboard introduces support for Google's Glide Typing, which lets you slide your finger between keys to input text with tiny gestures. The company says Gboard will launch in the US first, but it will come to more regions (and support more languages) soon. Also, with Google I/O just around the corner, it would be safe to assume that Android users won't have to wait long to get a taste of Gboard's features too.

In this article: emoji, gboard, gear, GIFs, google, internet, iOS, iPhone, keyboard, mobile, search, timeline16cantstopgif
All products recommended by Engadget are selected by our editorial team, independent of our parent company. Some of our stories include affiliate links. If you buy something through one of these links, we may earn an affiliate commission.