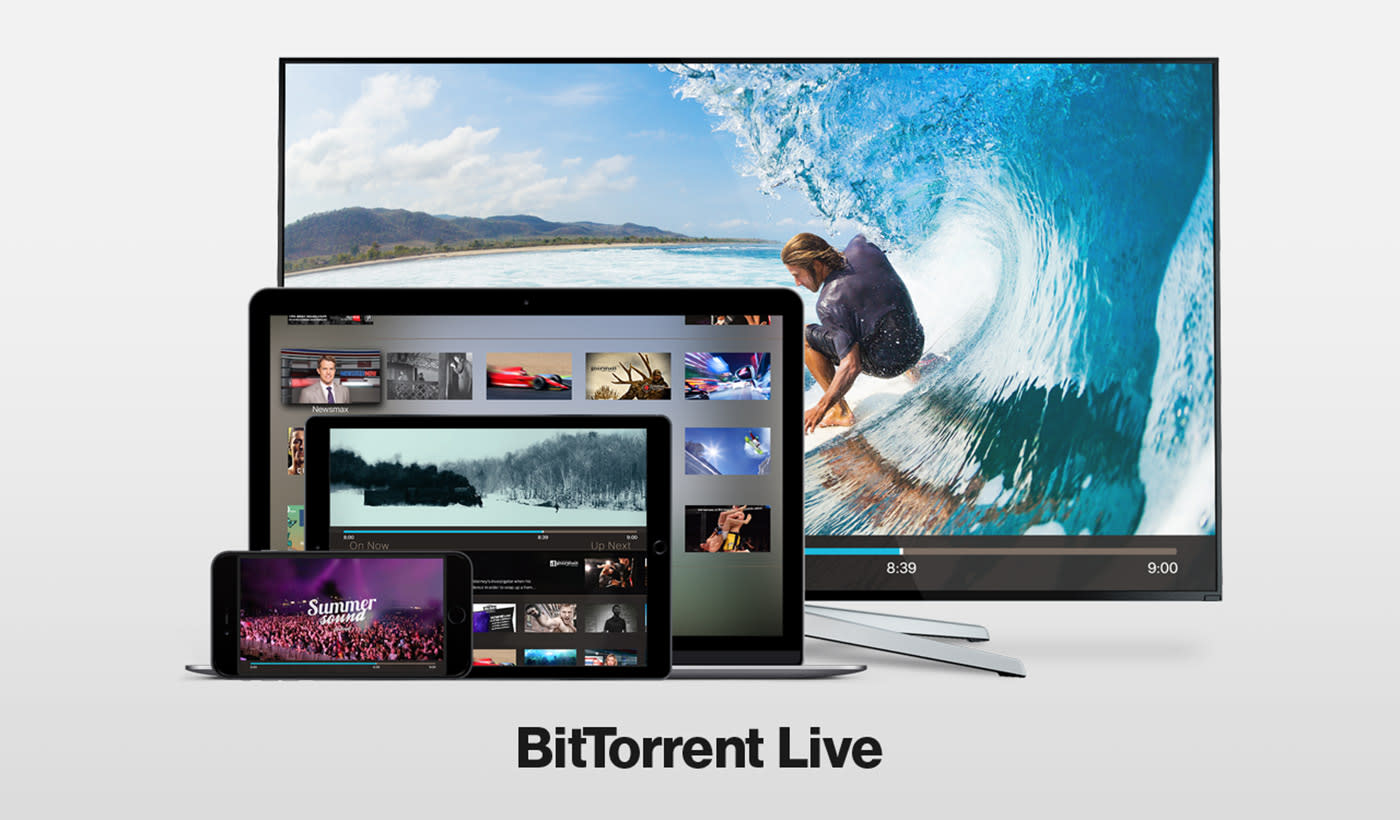 BitTorrent has launched a TV, mobile and desktop app that broadcasts live events, and true to BT's nature, it uses peer-to-peer technology. The product, aptly named "Live," livestreams sports matches, news and other types of programming by the company's broadcasting partners. Due to the tech's nature, video quality becomes better as more people tune in -- BT says the platform allows large audiences to view live videos with sub 10-second latency. Live went into beta a few years ago, and this version is a complete rewrite that applies everything the company learned from its initial release.

The app is free to download and comes with free programming anybody can access, including channels that broadcast electro festivals, MMA and boxing, various ball games, current affairs and tech news. A BT spokesperson told us that it's not a social streaming app "at this stage," so you can't use it for your own broadcasts like Periscope. You'll eventually have plenty of channels to choose from, though, since the company is adding ad-supported and paid (either subscription- or pay-per-view based) tiers in the future. Live for Apple TV will land on iTunes sometime this week, while the iOS, Android and Mac OS X versions will come out in June.

In this article: app, bittorrent, bittorrentlive, entertainment, livestream, services, VideoStreaming
All products recommended by Engadget are selected by our editorial team, independent of our parent company. Some of our stories include affiliate links. If you buy something through one of these links, we may earn an affiliate commission.