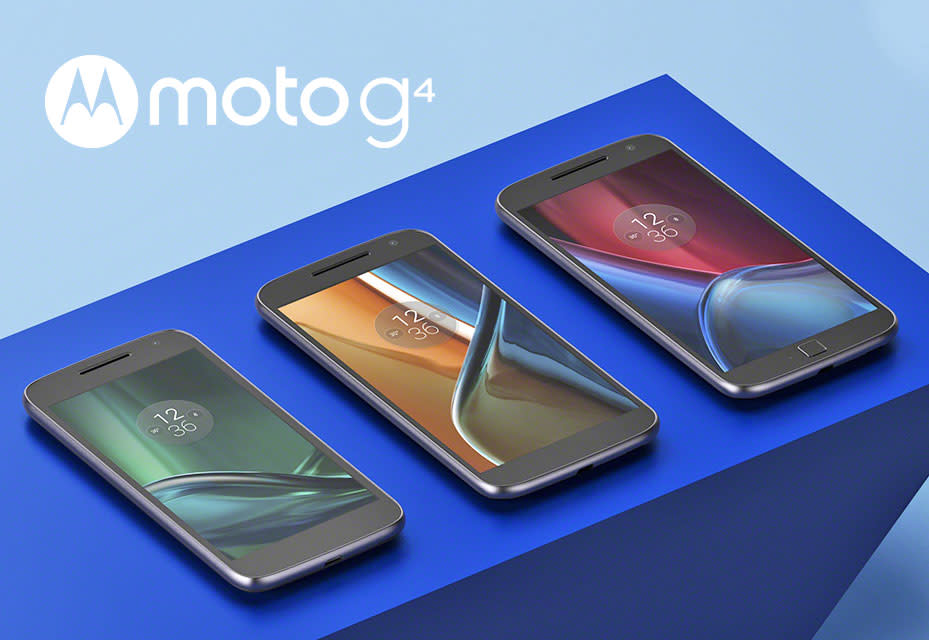 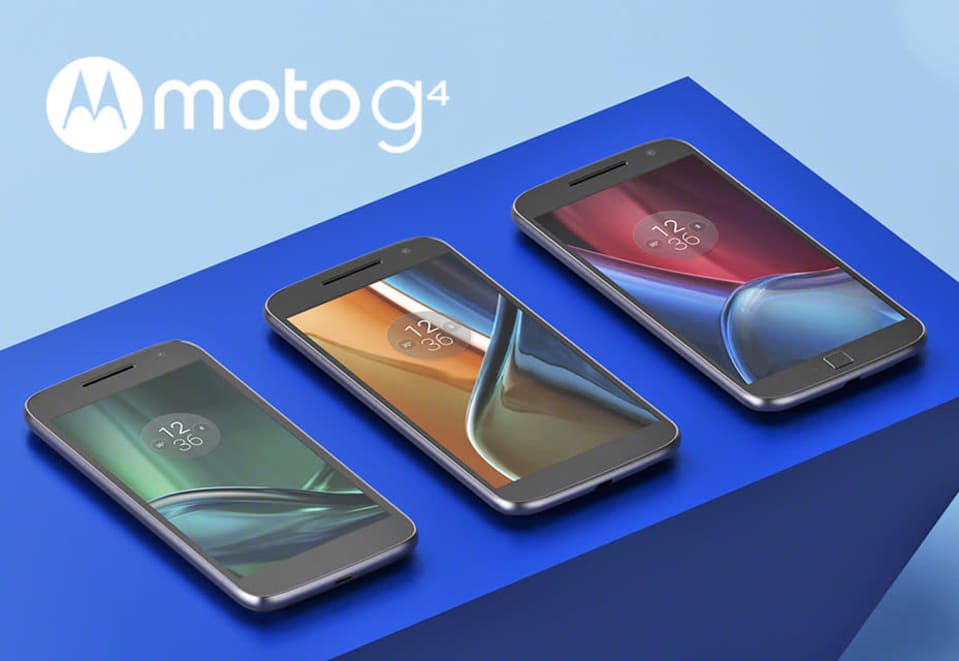 Motorola has just announced a new generation of perhaps our favorite budget smartphone. Presenting the Moto G4, the Moto G4 Plus and the Moto G4 Play. It's a confusing lineup, with the G4 and G4 Plus being riffs on one thing, and the G4 Play being an different device entirely.

For now, let's focus on the G4 and G4 Plus. There are numerous changes from the 2015 G, but the most notable is the display. The G4 and G4 Plus have a 1080p 5.5-inch panel, which is a bump from the last phone's 720p 5-inch offering. The additional pixels are welcome, but the new screen makes the duo larger phones overall when compared to their predecessor. If you consider that the first Moto G (launched just two and a half years ago) had a 4.5-inch display, that's a significant increase in size for someone who's skipped a generation or two.

Powering that display is a Snapdragon 617 octa-core processor paired with 2GB or 4GB of RAM depending on how much storage you opt for. Battery life will hopefully see an improvement too: the Moto G4 and G4 Plus have a bigger 3,000mAh battery and "TurboPower" functionality for fast charging.

While the G4 and G4 Plus share the same basic spec, where they differ is in the details. The Plus has a fingerprint sensor and a 16-megapixel rear camera with an f/2.0 aperture, "big pixels" and laser and phase detection autofocus. The regular G has a 13-megapixel sensor (likely the same as in the current G), and no biometric magic. Both have a 5-megapixel front-facing camera and will be customizable with the company's Moto Maker service.

We don't have full details on the Moto G4 Play, but it's definitely going to be the cheapest of the three. It's got a 5-inch 720p display, a Snapdragon 410 processor and a 2,800mAh battery. Those are similar specs to last year's G -- the battery is actually larger -- but elsewhere we're looking at an inferior device. The G's waterproofing has been replaced with "splash proofing," and the camera only has an 8-megapixel sensor.

Motorola is making a lot of noise about the new 16-megapixel camera in the Plus -- that seems to be the real incentive to spend the extra money on the pricier model. The independent image analysis company DxOMark has apparently rated the Moto G Plus' photo quality ahead of iPhone 6S and 6S Plus. That bodes well, although it did have to concede that this rating only pertained to images, implying that the video and overall scores were lower.

As we mentioned, there are some slight RAM differences between the models, depending on which storage option you go for. The vanilla Moto G4 comes with 2GB RAM and 16GB internal storage. The G4 Plus will have the same, unless you go for the models with 32GB or 64GB of storage, in which case you'll get 4GB of RAM. Those opting for a G with less storage will be happy to know the microSD slot remains, and now supports cards of up to 128GB. Incidentally, one thing that didn't make it over was the Gs excellent front-facing stereo speakers. There's now just a single speaker up top.

Both phones represent a decent upgrade over the current generation, and at not much of a premium. They're coming to the company's largest markets for the G series first, with the G4 debuting today in Brazil and the G4 Plus in India. After that, they'll arrive across Europe in June, and the US in "mid-summer." Astrologically that would mean June too, but at the very least we can say they'll be with us before the end of July.

We're still waiting on US pricing, but the UK versions will start at £169 for the regular and £199 for the Plus. There's not much value in translating those prices into dollars -- especially considering the pound has weakened significantly over the past year -- but what we can do is point to the original starting point for the current Moto G: the 8GB model started at £159 in the UK, and $179 in the US. Given the currency fluctuation, we could see a $179 entry point in the US based on the new £169 pricing, or perhaps it'll increase by $10 or $20.

As for the Moto G4 Play, there's no firm pricing or release date. It'll launch globally this summer, and we'd expect it to undercut the rest of the range.

Update: Motorola announced the three phones over a period of several hours. We've rewritten the article since publishing for clarity.

In this article: gear, lenovo, mobile, motog, motog4, motorola
All products recommended by Engadget are selected by our editorial team, independent of our parent company. Some of our stories include affiliate links. If you buy something through one of these links, we may earn an affiliate commission.