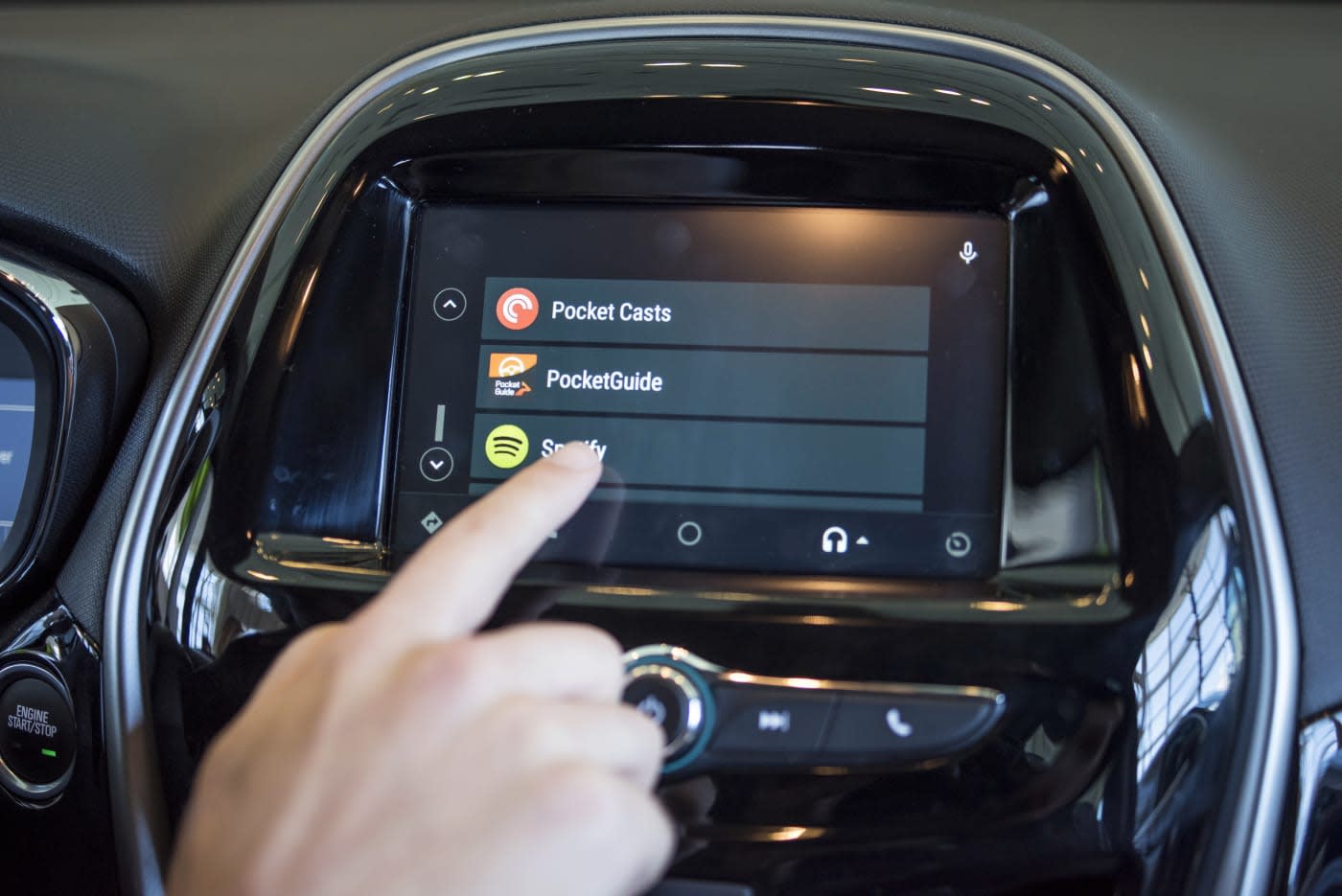 If you've been itching to take Android Auto for a spin, but don't own a car that's compatible with Google's software, you'll soon be in luck. The company announced at Google I/O that the in-car setup will soon run entirely on your phone while offering the same features as if it were connected to your dash. This means that you'll still be able to use your voice to handle calls, messages, music and navigation, keeping distractions to a minimum.

Android Auto is getting some other new features too. Chief among them: the ability to activate those handy voice controls by saying "OK Google" rather than having to push a button on the console first. Waze maps integration is also coming soon for folks who would rather use that instead of Google's own navigation app. The software will also beam the in-car interface to mobile devices in the same vehicle, so long as your ride is WiFi equipped.

You'll be seeing new apps from automakers as well. Google has opened up Android Auto to allow the manufacturers to make their own software for car-related tasks, with the first two coming from Honda and Hyundai. Those apps will allow you to access select features without leaving the Android Auto interface. We're talking things like roadside assistance, monthly service reports and sending notifications to your phone if a valet takes your car outside a predefined area. Hyundai was actually the first to adopt Google's automotive software last year, making it available in the 2015 Sonata sedan.

In this article: android, androidauto, app, cars, gear, google, googleio2016, incar, infotainment, io, software, transportation, update, waze, wifi
All products recommended by Engadget are selected by our editorial team, independent of our parent company. Some of our stories include affiliate links. If you buy something through one of these links, we may earn an affiliate commission.