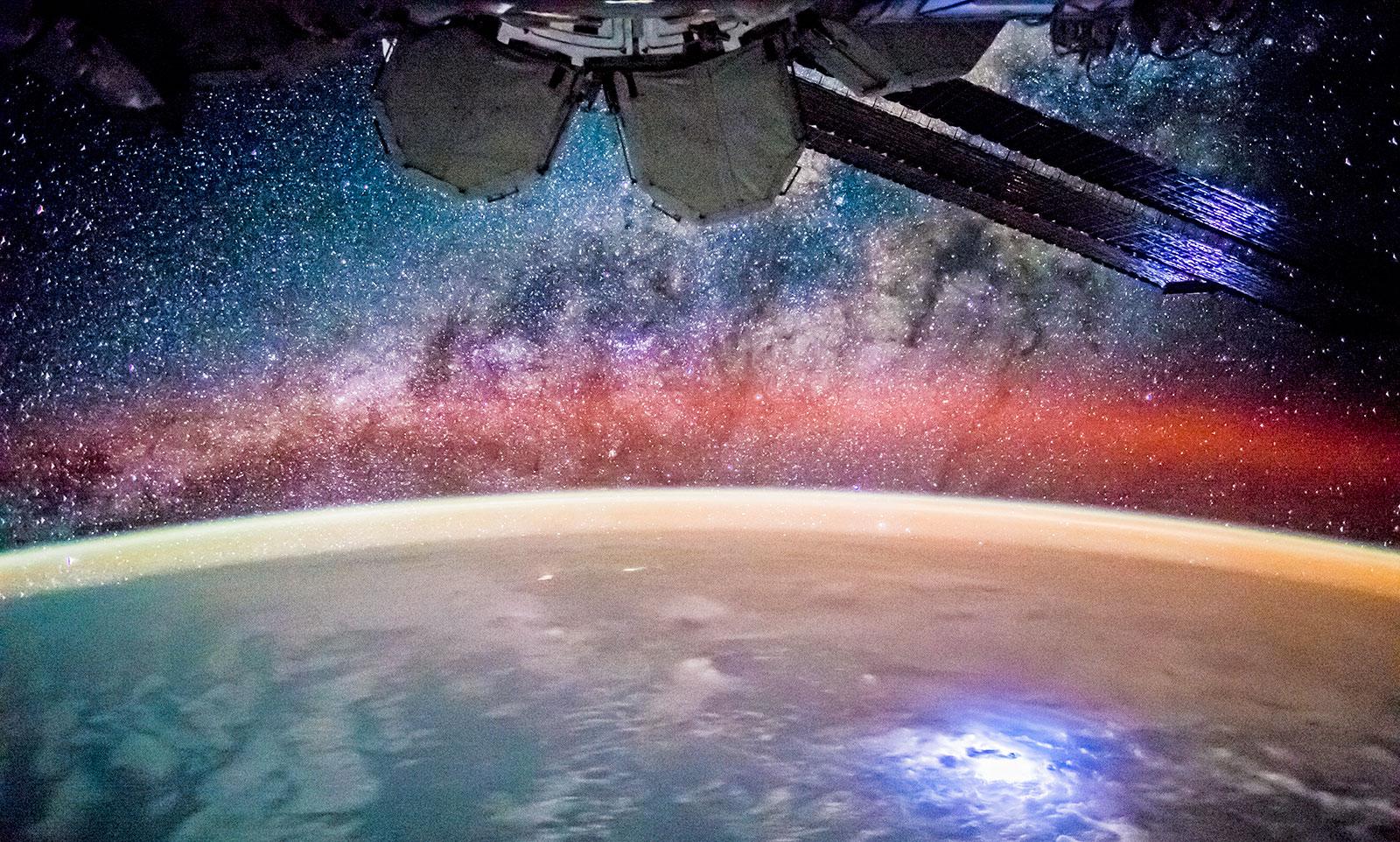 If you're one of the astronauts aboard the International Space Station, a typical day means you get to look out over the night sky 16 times in a 24 hour period. Of course, your perception of "night time" is a little different from 250 miles above the Earth.

Case in point: this recently released photo from the International Space Station, shot on a wide lens while orbiting over the tiny Republic of Kirbati, an island nation in the central Pacific Ocean. "Knowing the exact time and the location of the ISS," NASA writes, "scientists were able to match the star field in the photo to charts describing which stars should have been visible at that moment."

And using that data, we now know this view is looking out over the horizon towards the center of the Milky Way galaxy. The dark spots are dust clouds blocking our view of the stars closer to the center. That bright spot on Earth at the bottom right? That's actually a lightning storm, which you can also see reflected off the ISS's solar panels.

For an even closer look, NASA has helpfully supplied an annotated copy of it as well.

In this article: cameras, InternationalSpaceStation, iss, nasa, photography, science, space
All products recommended by Engadget are selected by our editorial team, independent of our parent company. Some of our stories include affiliate links. If you buy something through one of these links, we may earn an affiliate commission.