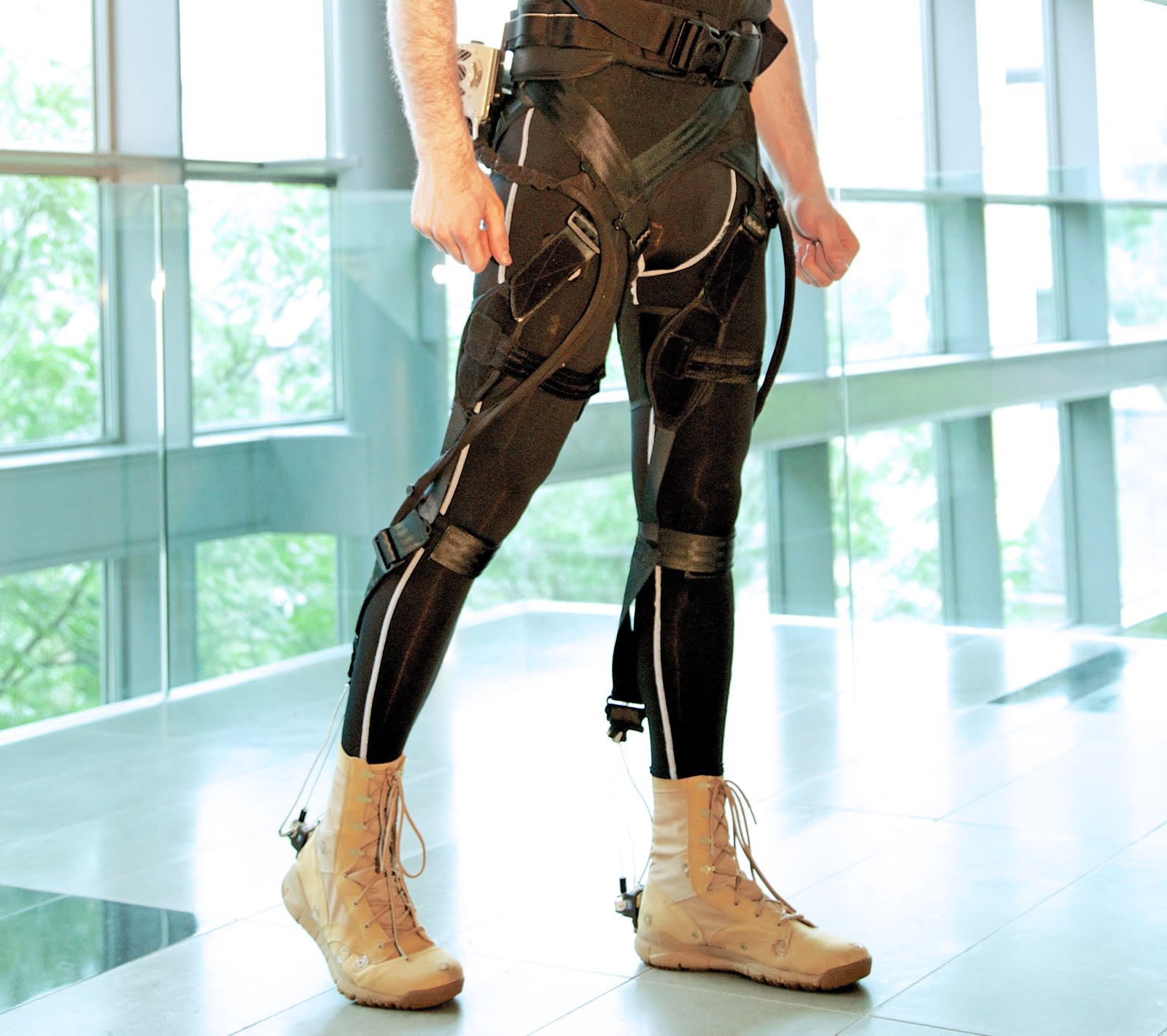 A team of engineers from Harvard University's Wyss Institute for Biologically Inspired Engineering have moved one step closer to a consumer version of a soft, assistive exosuit that could help patients with lower limb disabilities walk again. The Wyss Institute announced today that the university is collaborating with ReWalk Robotics to bring its wearable robotic suit to market.

The soft exosuit was designed by Dr. Conor Walsh, who also happens to be the founder of the Harvard Biodesign Lab, along with a team of roboticists, mechanical and biomechanical engineers, software engineers and apparel designers. What really makes the Wyss exosuit stand out from other exoskeletons and robotic suits, is its form-fitting and fabric-based design. Instead of a heavy, rigid frame, the exosuit uses small but powerful actuators tucked in the belt to assist the wearer's legs in a more natural way. While the setup might not be powerful enough to fight off Xenomorphs, it is a much more elegant solution for stroke, MS and elderly patients who still have partial mobility, but need additional assistance.

"Ultimately this agreement paves the way for this technology to make its way to patients," Walsh said of his teams partnership with ReWalk. According to Harvard, the exosuit's development has already had a lasting impact beyond those medical applications as well. As the announcement puts it, the team's work has "been the catalyst for entirely new forms of functional textiles, flexible power systems and control strategies that integrate the suit and its wearer in ways that mimic the natural biomechanics of the human musculoskeletal system."

In this article: exoskeleton, exosuit, gadgetry, gadgets, gear, HarvardUniversity, medicine, RoboticExoskeleton, robots, science, wearables, WyssInstitute
All products recommended by Engadget are selected by our editorial team, independent of our parent company. Some of our stories include affiliate links. If you buy something through one of these links, we may earn an affiliate commission.