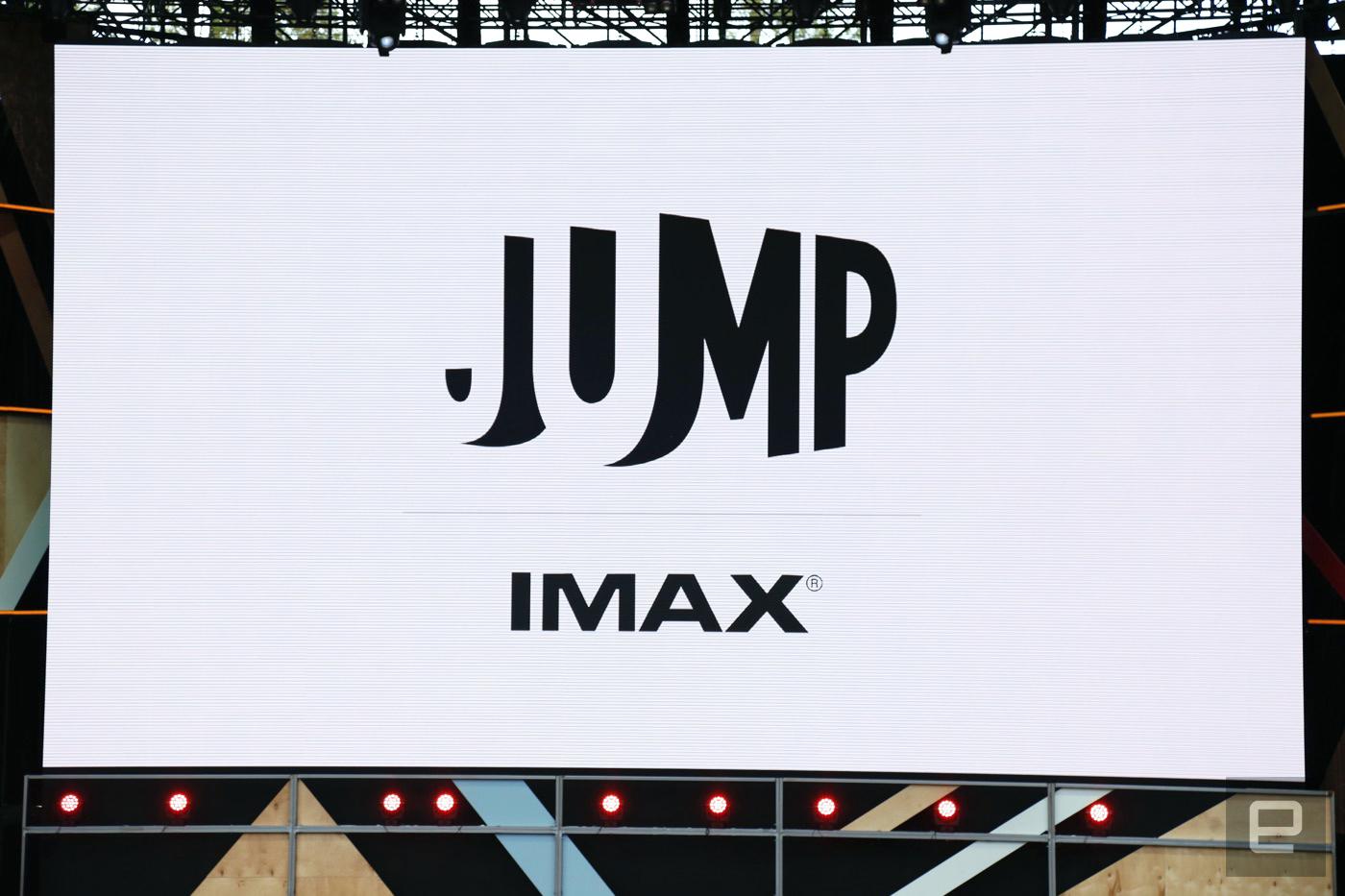 Remember last year's I/O, when Google revealed JUMP? It was a VR content creation system consisting of a camera rig made from 16 GoPros and some incredibly smart cloud-based processing and sharing software. Fast forward a year later. Google's Clay Bavor revealed today at the company's developer conference that Hollywood was fascinated by JUMP too, and that Google is now working on a cinema-quality 3D camera rig in partnership with IMAX.

"IMAX, of course, is known for incredibly immersive capture and audio," Bavor said. "And they're going to be bringing their decades of experience with camera design, optics, sensors and more to JUMP."

It's unclear when the fruit of Google's and IMAX's efforts will see the light of day, or even how far along the device is. Still, it's hard not to get excited about what this partnership could mean. Bavor rightfully pointed out how good at audio and video capture IMAX can be, and that expertise should propel mobile VR experiences (like the ones Google is building as part of its Daydream project) further than we've seen.

That's not to say VR video efforts have been altogether lacking; we've seen cinematic, 360-degree projects before. The Fast and the Furious and Star Trek director Justin Lin tried his hand at one of Google's Spotlight Stories last year, for instance, and with any luck, Google and IMAX's work could make that sort of high production value the rule, not the exception.

In this article: av, cameras, gear, google, googleio2016, gopro, imax, io, jump
All products recommended by Engadget are selected by our editorial team, independent of our parent company. Some of our stories include affiliate links. If you buy something through one of these links, we may earn an affiliate commission.