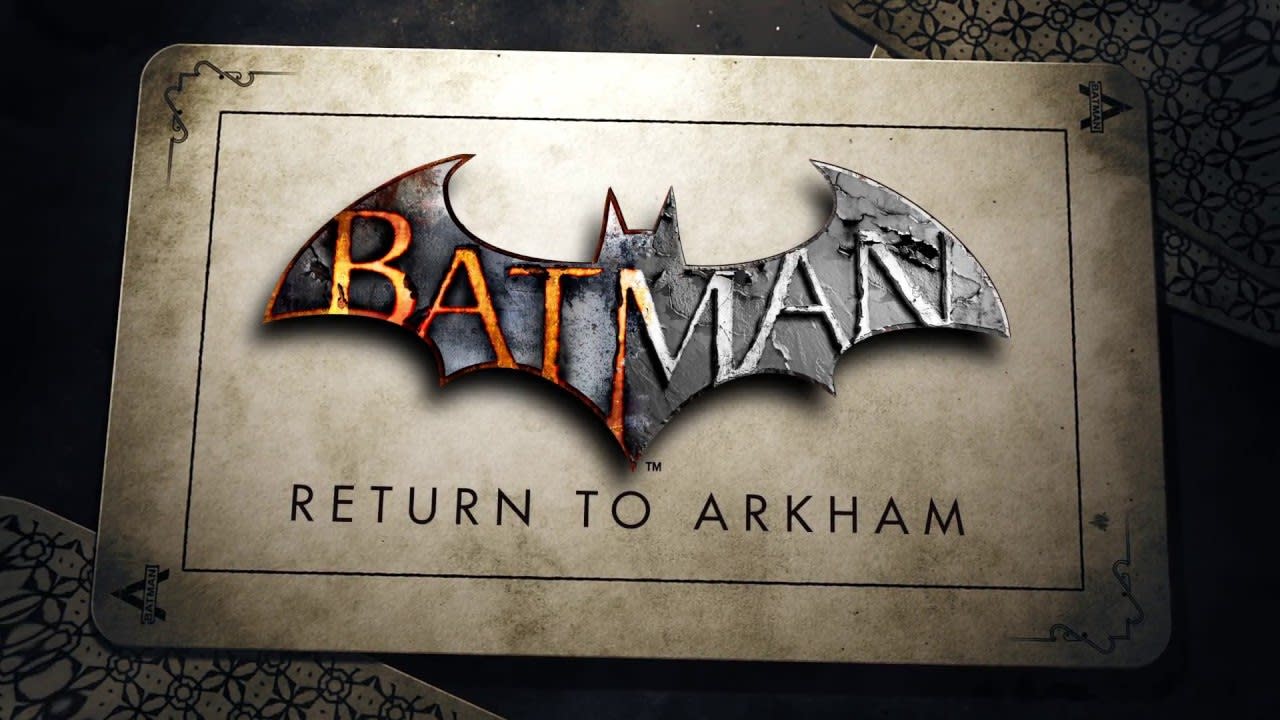 Batman fans, rejoice! Soon, you'll be making another sojourn back into the Batman: Arkham video game franchise with the upcoming Batman: Return to Arkham remaster collection, releasing July 29th for $49.99.

Following leak after leak and silence from Warner Bros., a trailer finally dropped today showing off the graphical enhancements both games in the collection have undergone. Both Batman: Arkham Aslyum and Batman: Arkham City, as well as all of the DLC content previously released for both, is included with the package.

Both PlayStation 4 and Xbox One owners can get in on the fun, but curiously there's no PC version announced as of yet. The ports for both consoles are being handled by Virtuos, the studio that worked on both Final Fantasy X and Heavy Rain's remastered editions, and the games will feature improved graphics, models, lighting, effects and additional augments.

Both of Rocksteady's first two dalliances with Arkham in the Batman mythos are excellent games on their own merits, and it's well worth a walk down memory lane to experience them again. This time, maybe you'll even find all of the Riddler's trophies.

In this article: arkham-asylum, arkham-city, av, batman-return-to-arkham, gaming, WarnerBros
All products recommended by Engadget are selected by our editorial team, independent of our parent company. Some of our stories include affiliate links. If you buy something through one of these links, we may earn an affiliate commission.