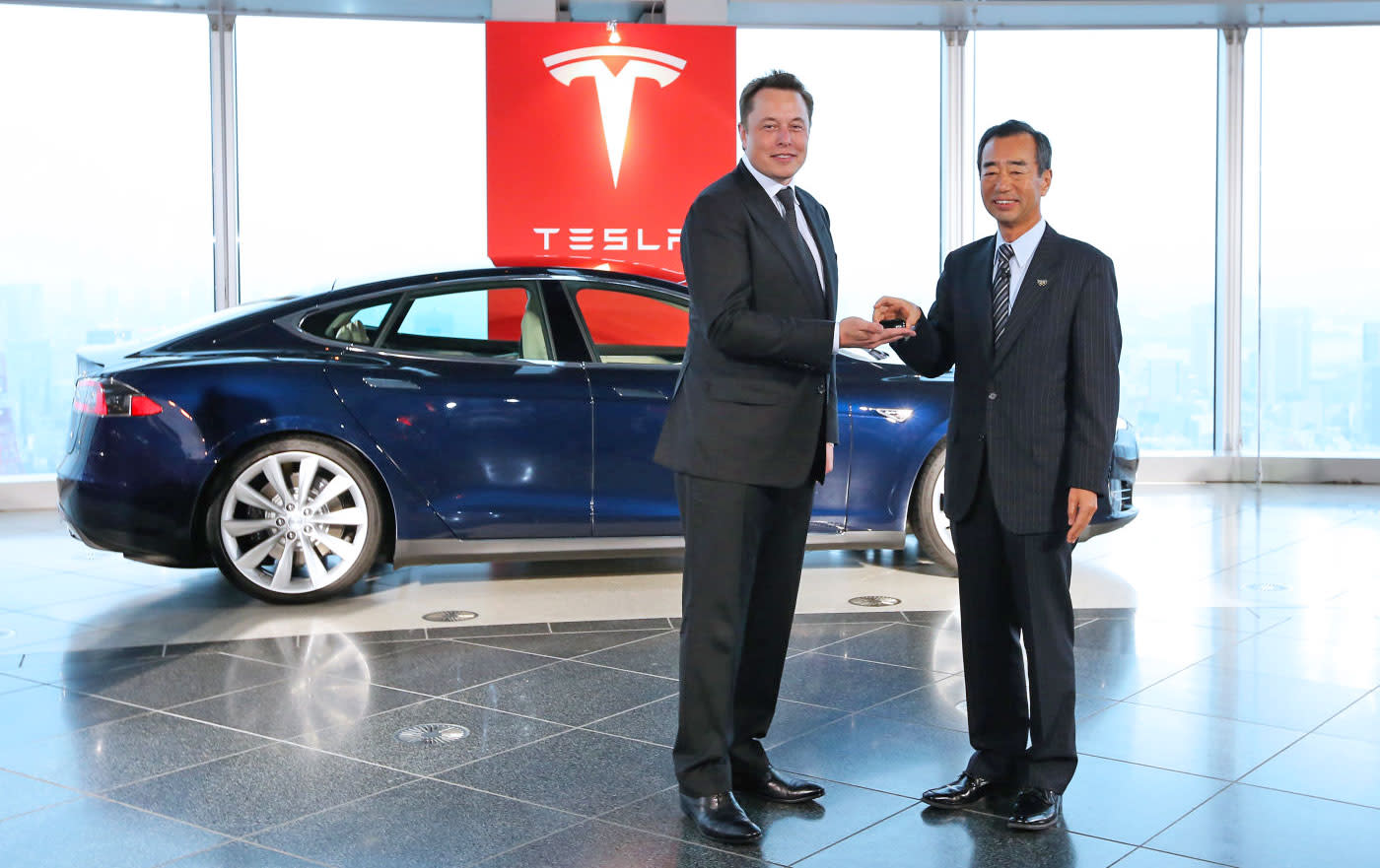 Tesla may be willing to stump up a lot of cash to meet brisk demand for the Model 3, but it still can't do this alone -- not when Panasonic is pouring $1.6 billion into the Gigafactory needed to make the electric car's batteries. Thankfully, the Japanese electronics giant has Tesla's back. Panasonic tells reporters that the company will "do [its] best" to speed up its investment if it's needed to help Tesla meet its accelerated production goals, which now have it making 500,000 cars per year by 2018 instead of 2020. While the firm wants to get a good return on its investment, it also doesn't want to "be a bottleneck" to Tesla's plans.

It's not shocking that Panasonic would be so willing to open its wallet. The tech giant stands to profit from a flood of Model 3 sales, of course, but this could also be crucial to a major shift in strategy. Panasonic is trying to reduce its dependence on consumer electronics like phones and razors, which don't generate much profit and are subject to volatile markets. By shifting more of its efforts to the car industry, the tech giant gets both more profit and relatively stable demand. The Tesla investment is still something of a gamble (we don't know how well the Model 3 will fare after the initial rush), but it could give Panasonic a solid foundation for its future.

In this article: battery, car, electriccar, electricvehicle, ev, gear, gigafactory, model3, panasonic, tesla, transportation, vehicle
All products recommended by Engadget are selected by our editorial team, independent of our parent company. Some of our stories include affiliate links. If you buy something through one of these links, we may earn an affiliate commission.