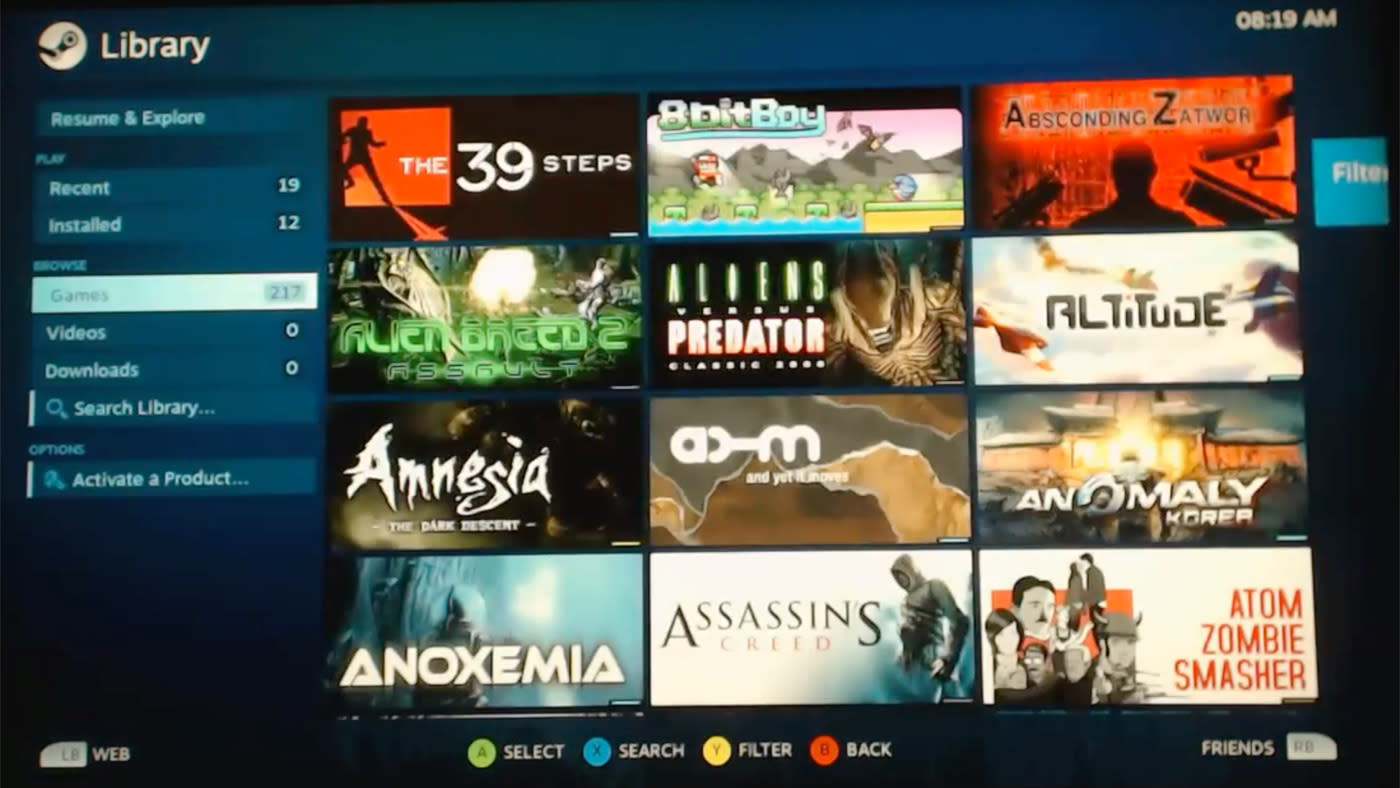 Ever since Sony switched to x86 processors with the PlayStation 4, gamers have been craving the chance to play PC games on the console -- it's much closer to your home computer than the PS3 was, after all. Well, we're glad to say that it's no longer just a dream: OsirisX recently demonstrated Steam running on a PS4 thanks to a combination of a jailbreak, Arch Linux and some software libraries from Fail0verflow. And yes, it plays games. The demo shows the action-RPG Bastion running at a decent pace, and OsirisX notes that most other titles run well enough at medium to low graphics settings.

The problem, as with many such mods, is aligning the stars so that you can get it all running. At last check, you need a PS4 with a relatively ancient version of Sony's operating system (1.76) to jailbreak and install Linux. Also, there's no simple package that includes everything you need; this will require some elbow grease. There's talk of a possible jailbreak for much newer software (3.50), though, and it won't be surprising if it's eventually trivial to run Steam games on the same system you use for Uncharted.

In this article: ArchLinux, av, console, fail0verflow, gaming, linux, personal computing, personalcomputing, playstation, playstation4, ps4, sony, steam, video
All products recommended by Engadget are selected by our editorial team, independent of our parent company. Some of our stories include affiliate links. If you buy something through one of these links, we may earn an affiliate commission.