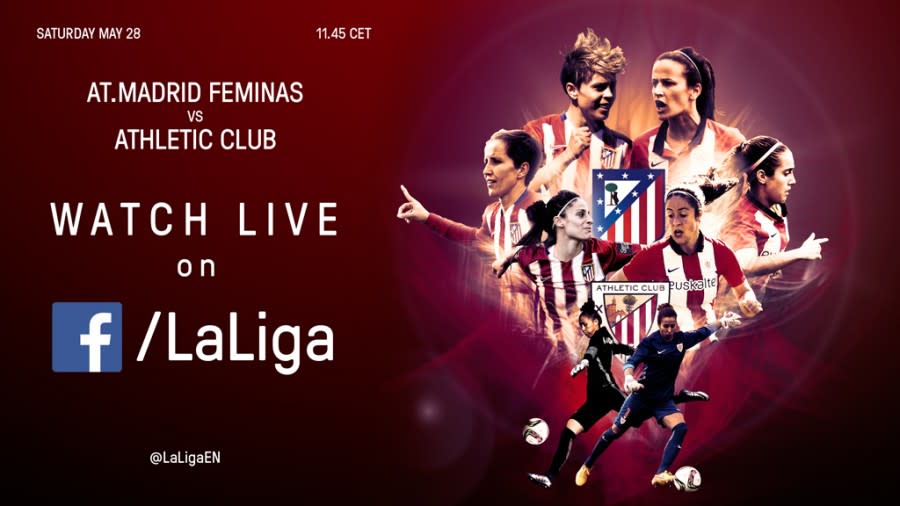 Facebook's ability to broadcast live video makes it great for breaking news, but perhaps its eventual aim is to become an entertainment destination in its own right. The Spanish football league has announced that it'll use the service to broadcast a European football soccer game for the first time. The game will be streamed by Grabyo, an online video company backed by luminaries of the game Thierry Henry and Cesc Fabregas. If you want to watch the title tussle between Atletico Madrid Feminas vs. Athletic Club in the Women's league, then head to the Facebook on Saturday at 11:45 CET.

This game is, naturally, both the league and Facebook dipping a toe into the water, but it could have big implications for the future. Most of the high-end sporting world is locked behind lucrative pay TV deals but Facebook's richer than most blue-chip broadcasters. As social sharing dries up, the site needs a new way to keep people's attention focused on the site, and offering sporting fixtures could be the solution. It's not the first time a soccer game has been streamed using the service, but it's the first to have blessing from its parent league.

Its main rival, Twitter, is also adding some premium sports broadcasting to its arsenal, albeit in a much bigger way. The site secured the rights to stream 10 Thursday Night Football games from the NFL that are broadcast on NBC and CBS. While it's not an exclusive deal, it demonstrates the power of tech companies in beating back the behemoths of broadcast TV. Although it'll take more than a few years before we see the back of pay per view contests in favor of just clicking "like" on something.

In this article: av, Broadcast, entertainment, facebook, FacebookLive, Football, gear, internet, LaLiga, Soccer, Sports, Streaming
All products recommended by Engadget are selected by our editorial team, independent of our parent company. Some of our stories include affiliate links. If you buy something through one of these links, we may earn an affiliate commission.