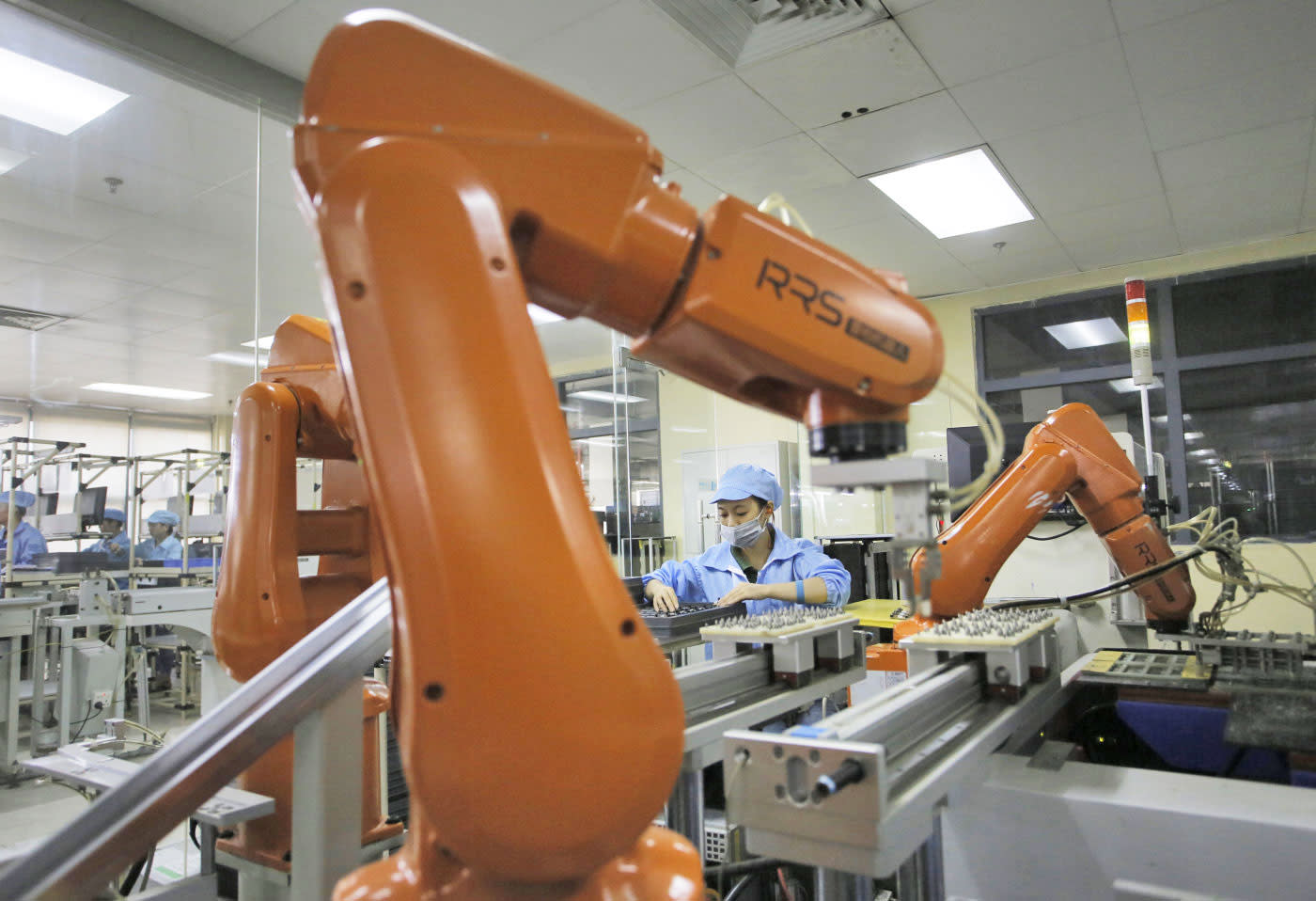 According to reports, the world's largest electronics manufacturer Foxconn has replaced around 60,000 human factory workers with machines. Or, as a government publicist for the city of Kunshan told the South China Morning Post, the factory "reduced employee strength from 110,000 to 50,000 thanks to the introduction of robots. It has tasted success in reduction of labour costs."

Although Foxconn confirmed to the BBC that it was working to automate much of its manufacturing operations, the company denied that the new robotic assembly line would mean fewer jobs for humans. Instead, the company says it is simply using the machines to "replace repetitive tasks previously done by employees" while allowing those employees to focus on more valuable parts of the manufacturing process like R&D and quality control. "We will continue to harness automation and manpower in our manufacturing operations," Foxconn told the BBC, "and we expect to maintain our significant workforce in China."

Meanwhile, the South China Morning Post also reports that 35 Taiwanese companies including Foxconn have spent a total of 4 billion yuan (or about $609 million USD) on artificial intelligence last year. Many of those companies employ tens of thousands in Kunshan, where two-thirds of the 2.5 million people are migrant workers. According to a government survey, 600 companies in Kunshan plan to follow Foxconn's lead.

In 2012, a report from the Fair Labor Association showed that working conditions in Foxconn's manufacturing facilities -- where most of Apple's products are made -- were way below legal standards. Both Apple and Foxconn agreed to pitch in and improve the conditions for their human workers.

In this article: apple, business, culture, foxconn, politics, robots, timeline16robojob, TL17AUTOM
All products recommended by Engadget are selected by our editorial team, independent of our parent company. Some of our stories include affiliate links. If you buy something through one of these links, we may earn an affiliate commission.